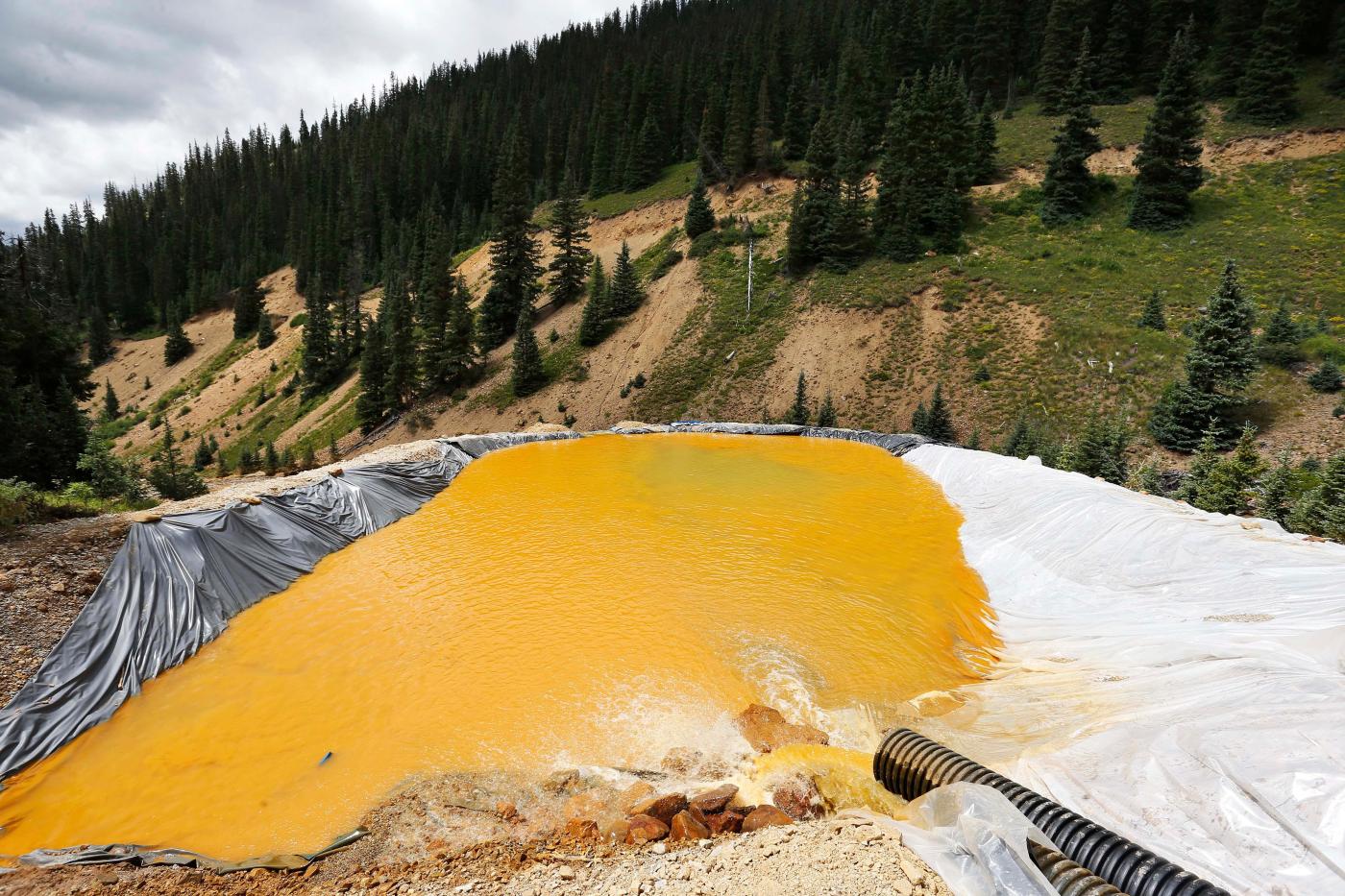 The Sunnyside Gold Corporation and its corporate owner will pay about $45 million under yet another settlement connected to the 2015 Gold King Mine spill, which dumped a yellow plume of heavy metals into the Animas River, federal officials announced Friday.

The federal government will kick in another $45 million as well.

Under the finalized settlement, the company and its Canadian owner, Kinross Gold Corporation, will pay the United States $40.1 million and another $4 million to the Colorado Department of Public Health and Environment for cleanup efforts, Environmental Protection Agency spokesman Rich Mylott said in a release.

Cleanup is needed in the broader Bonita Peak Mining District Superfund site, in southwest Colorado’s San Juan County. That site includes dozens of abandoned mines, which are polluting the area’s waterways but it’s also the location of the 3-million-gallon spill at the Gold King Mine, which EPA officials triggered.

The Gold King Mine is just one of more than 50 “major mining” locations within the district, Mylott said.

Although, the spill connected with the mine is likely the largest single case of pollution in the area.

Already, cleanup efforts have cost more than $70 million, The Denver Post previously reported. Sunnyside also agreed to a $1.6 million settlement in December and agreed last year to pay $10 million to the Navajo Nation and $11 million to New Mexico, downstream of the mines and spill site.

The Gold King spill sent at least 880,000 pounds of metals into the Animas River, through three states and across two Native American tribes.

Sunnyside officials said in December that the company wasn’t responsible for the 2015 spill. Rather, the company installed concrete bulkheads downstream from the mine, which raised water levels in the area, worsening the spill that the EPA officials caused.

“This settlement addresses the cleanup responsibility of the private mining companies and the federal government and ensures that site cleanup work will continue,” Larry Starfield, acting assistant administrator for the EPA’s Office of Enforcement and Compliance Assurance, said in the release.

The United explorer has an increased bonus of up to 70,000 miles — here are 6 perks that will make you keep it for years