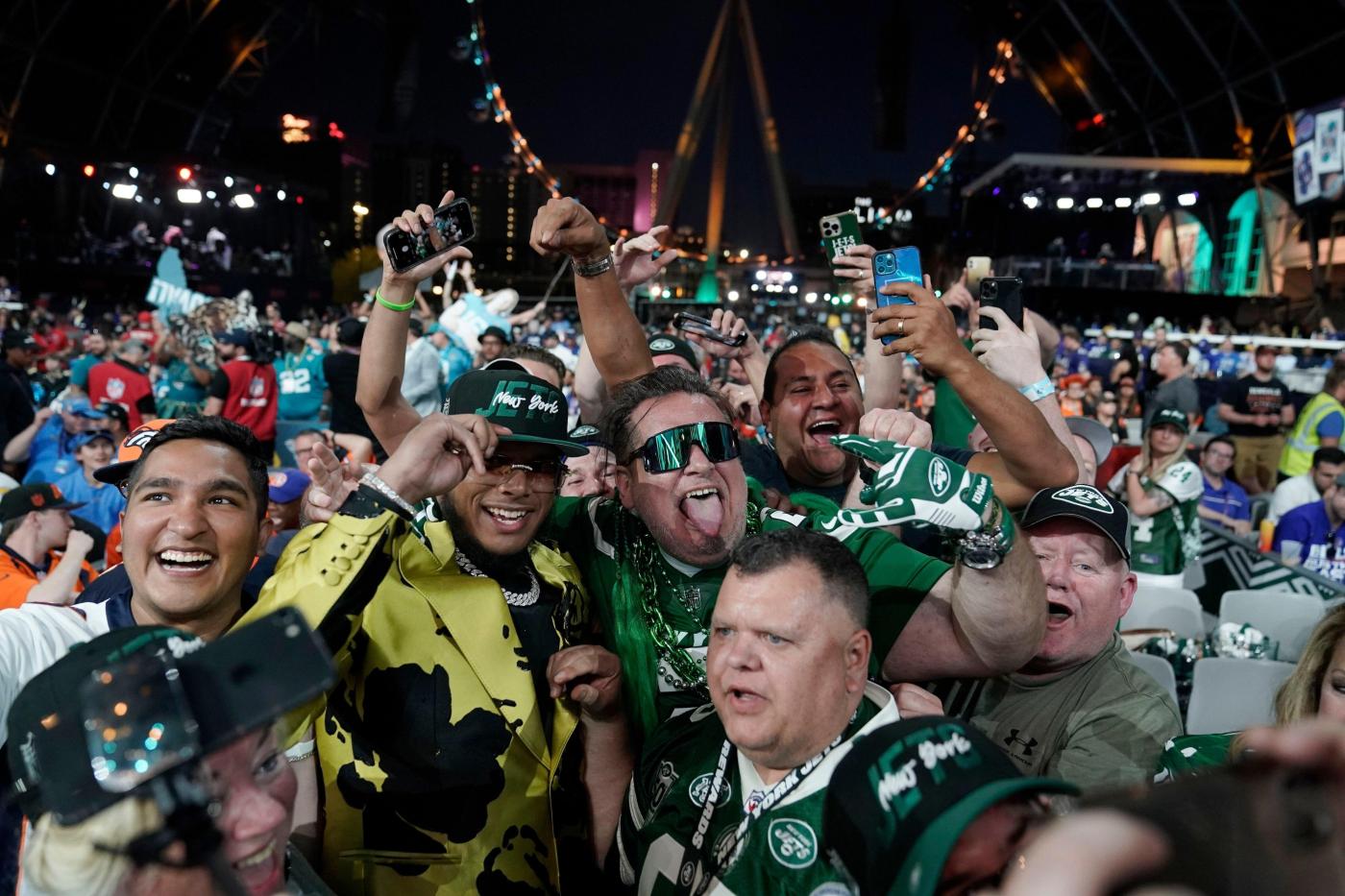 As Jermaine Johnson II sat patiently in the green room on the Las Vegas Strip during the first round of the NFL Draft on Thursday night, the Florida State defensive lineman wasn’t worried he hadn’t heard his name called. His faith was strong, and he knew eventually he’d land in the right spot.

“I’m strong in my faith and I knew that I would be where I was supposed to be,” said Johnson. “I’m with the Jets now and I’m where I’m supposed to be.”

Johnson became the 46th Florida State player selected in the first round and the first since defensive end Brian Burns in 2019. He became the highest-drafted player in the two seasons under coach Mike Norvell.

“The journey was so long and hard, but it’s so rewarding at the same time,” Johnson said. “To be able to be selected in the first round and to be able to be on the Jets, I’m so excited. When I visited the Jets, it was a family feel and we clicked instantly and they said they’d come get me and that’s what they did.”

A graduate transfer from Georgia, Johnson earned ACC Defensive Player of the Year after leading the league with 12 sacks and 18 tackles for loss. His performance also earned him a spot as a semifinalist for the Bednarik and Lombardi awards and a finalist for the Ted Hendricks Award.

His decision to transfer certainly helped pave the way for his future NFL career.

Johnson’s performance made him one of the most sought-after edge rushers in the NFL Draft. He was projected by draft analysts as a top 15 selection, including ESPN’s Mel Kiper, who had him at No. 7 in his final mock draft. But despite having five defensive players selected at the start of the draft for the first time since 1991, Johnson found himself still waiting to hear his name midway through the first round.

Yet he wasn’t worried, recalling his predraft visit with the Jets.

“I never got beside myself or anything,” Johnson said, “and I was just excited and reminded myself …read more

Columbia University has almost entirely scrubbed Dr. Oz from its website after years of criticism from members of medical community

Sean Hannity texted Mark Meadows a clip of McConnell condemning Trump after January 6: ‘Well this is as bad as this can get’

3.5 earthquake felt near The Geysers in Sonoma County