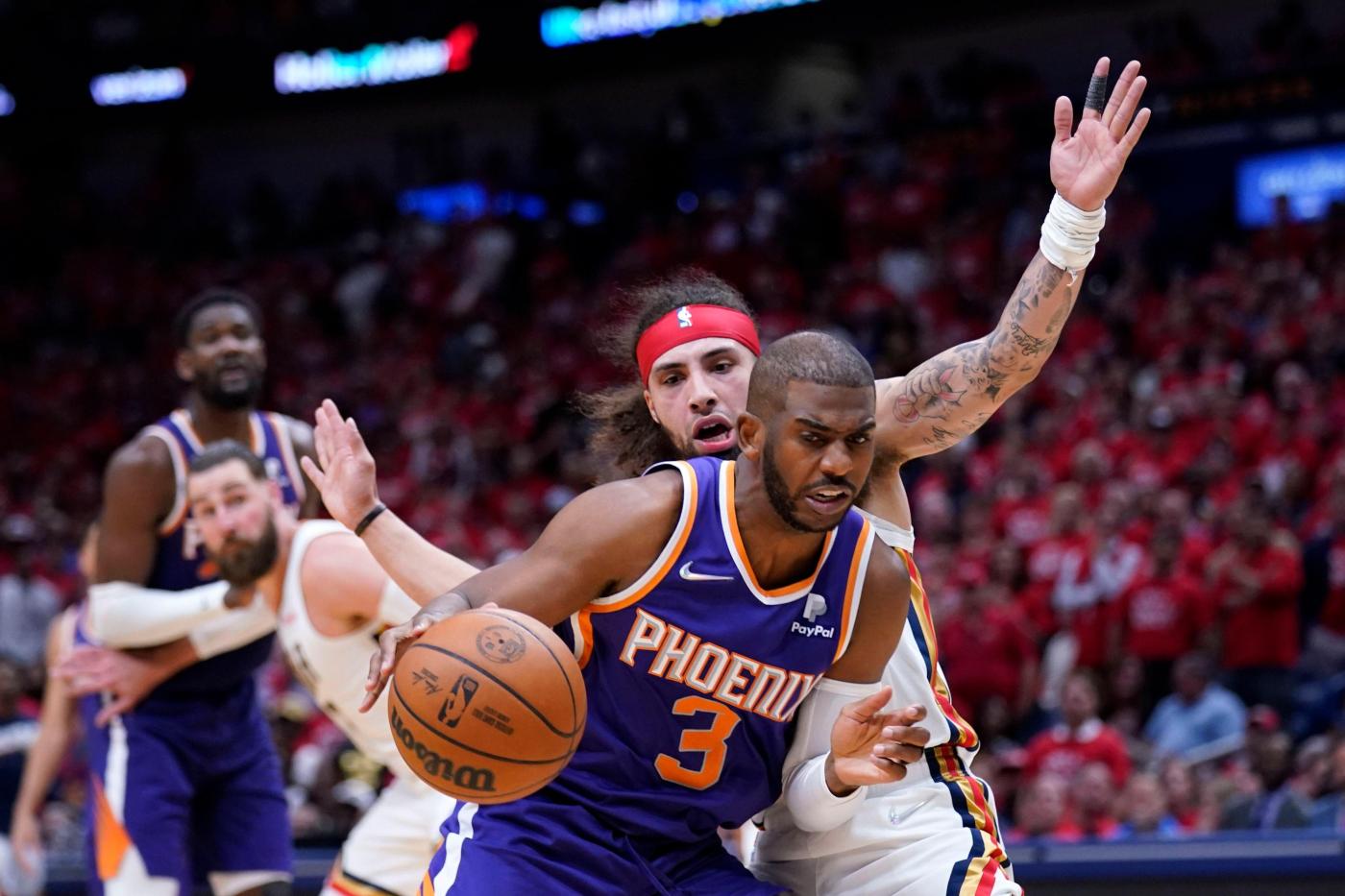 NEW ORLEANS — Chris Paul went 14 for 14 in the best shooting night in NBA playoff history, Devin Booker returned from a hamstring injury to hit a late 3-pointer and the Phoenix Suns beat the New Orleans Pelicans 115-109 on Thursday night to finish off the first-round series in six games.

Paul had the most field goals without a miss in a playoff game, hit all four of his free throws and had eight assists as the top-seeded Suns overcame a 10-point halftime deficit.

Phoenix will face the Dallas-Utah winner in the second round.

Booker played for the first time in nine days since injuring his right hamstring after scoring 31 points in the first half of Game 2. He scored 13 points on 5-of-12 shooting and had five rebounds and three assists in 32 minutes.

The game got chippy in the second quarter — there were 16 fouls called — and the Pelicans seemed to revel in the physical play, outsourcing the Suns 30-20 to take a 58-48 halftime lead.

Suns: Phoenix coach Monty Williams said Booker ramped up his conditioning while nursing a hamstring injury by playing one-on-one with assistant coach Jarrett Jack in the last several days. “He’s been on the floor with Jack a few times, doing the best he can to get to that point,” Williams said.

Pelicans: The Pelicans started the season 1-12 and 3-16 but still made the play-in tournament and pushed the top-seeded Suns to a Game 6. … The Pelicans outrebounded the Suns 279-215 in six playoff games.

Mets fall to Braves after Travis d’Arnaud haunts his old team; Trevor May pitches through injury