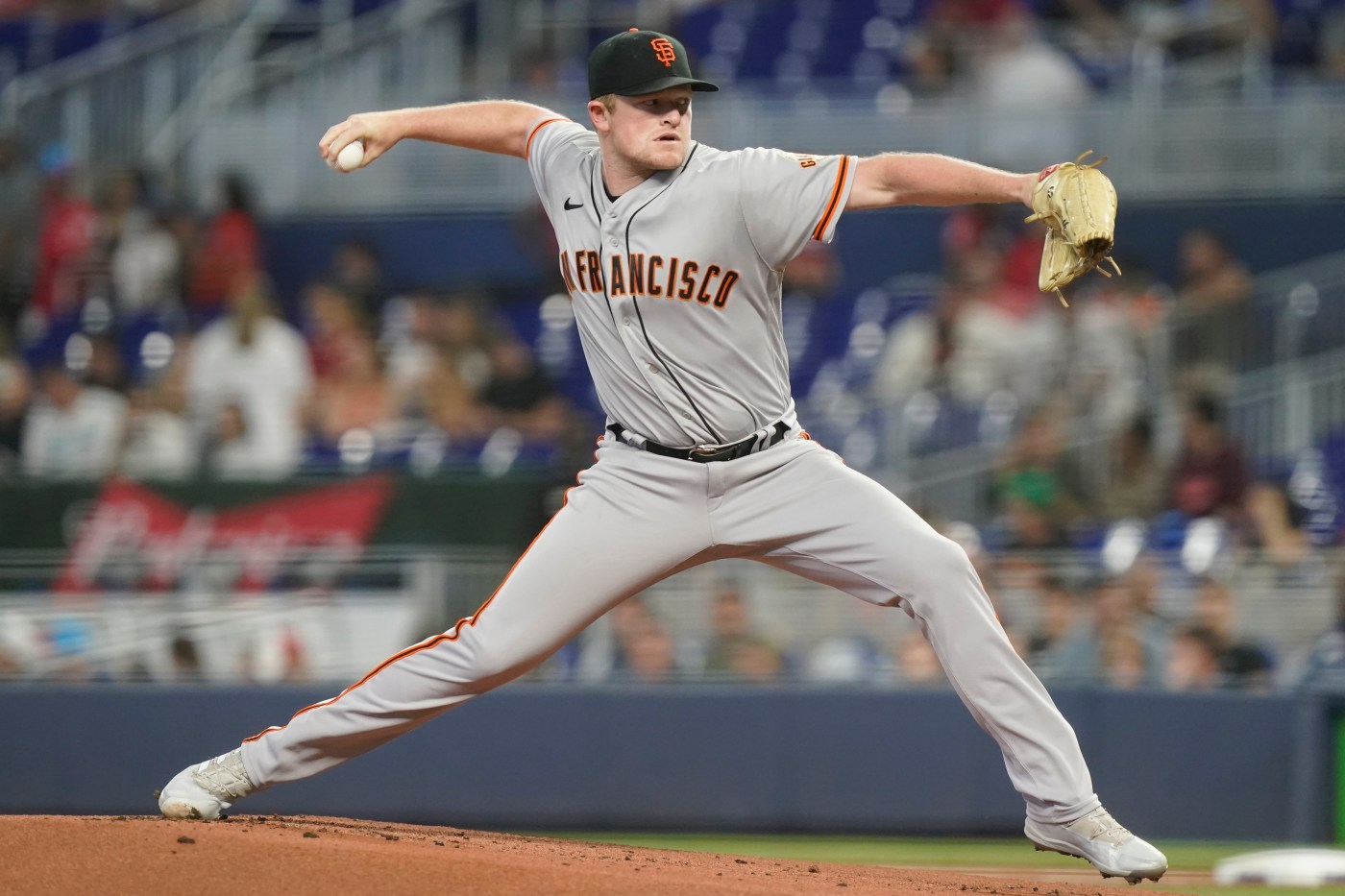 MIAMI — Manager Gabe Kapler’s mantra has been to protect his starting pitchers, but with three early moves to the bullpen in the past four games, it’s hard to argue he’s had the intended effect.

Each time Kapler has gone to the bullpen with his starter below 100 pitches, besides using an opener Friday, the move has backfired. In the most recent example in Saturday’s 5-4 walk-off loss to the Marlins, Kapler opted not to give his ace, Logan Webb, the opportunity to get the last out of the fifth inning while holding a two-run lead, and his replacement, John Brebbia, immediately allowed a game-tying single.

The Marlins walked it off in the ninth off reliever Tyler Rogers, guaranteeing no better than a .500 record on this 10-game swing through three Eastern cities that featured three teams with losing records. Luke Williams, who was designated for assignment and traded to Miami two weeks ago, scored the winning run on a sac fly after San Francisco deployed an unconventional five-man infield once he reached third base.

In a matchup of two top-line starters, neither factored into the decision Saturday.

The Giants scored early off Marlins ace Pablo López, but the Marlins rallied for four runs in the fifth inning and chased Webb from the game, and Miami prevailed in a battle of bullpens. Webb had thrown 87 pitches and hadn’t allowed a hit until the previous inning. He was one out away from walking off the mound with a 4-2 lead after five innings.

But Kapler turned to Brebbia after Webb had issued a four-pitch walk to Jazz Chisholm Jr., and Garrett Cooper laced a 3-2 fastball the other way that drove in Chisholm and Jon Berti and tied the game at 4.

Webb wasted no time for chitchat after handing the ball over to Kapler and walked with a pace back to the dugout, where he would watch the rest of the game. He’d allowed three quick hits to start the fifth but was let down by his defense, when catcher Joey Bart made the decision to throw when Berti bolted for second with Jesus Sanchez on third. Bart’s throw landed in the dirt, and Sanchez was able to race home from third for the second run of the inning.

Marlins manager Don Mattingly stuck with López, after the Giants rallied for four runs in the third and fourth innings, and the Marlins ace regained his form to …read more

SF Giants walked off by Marlins after Webb gets early hook

Trump thinks he’d defeat Florida Gov. Ron DeSantis if they face each other in a 2024 presidential run