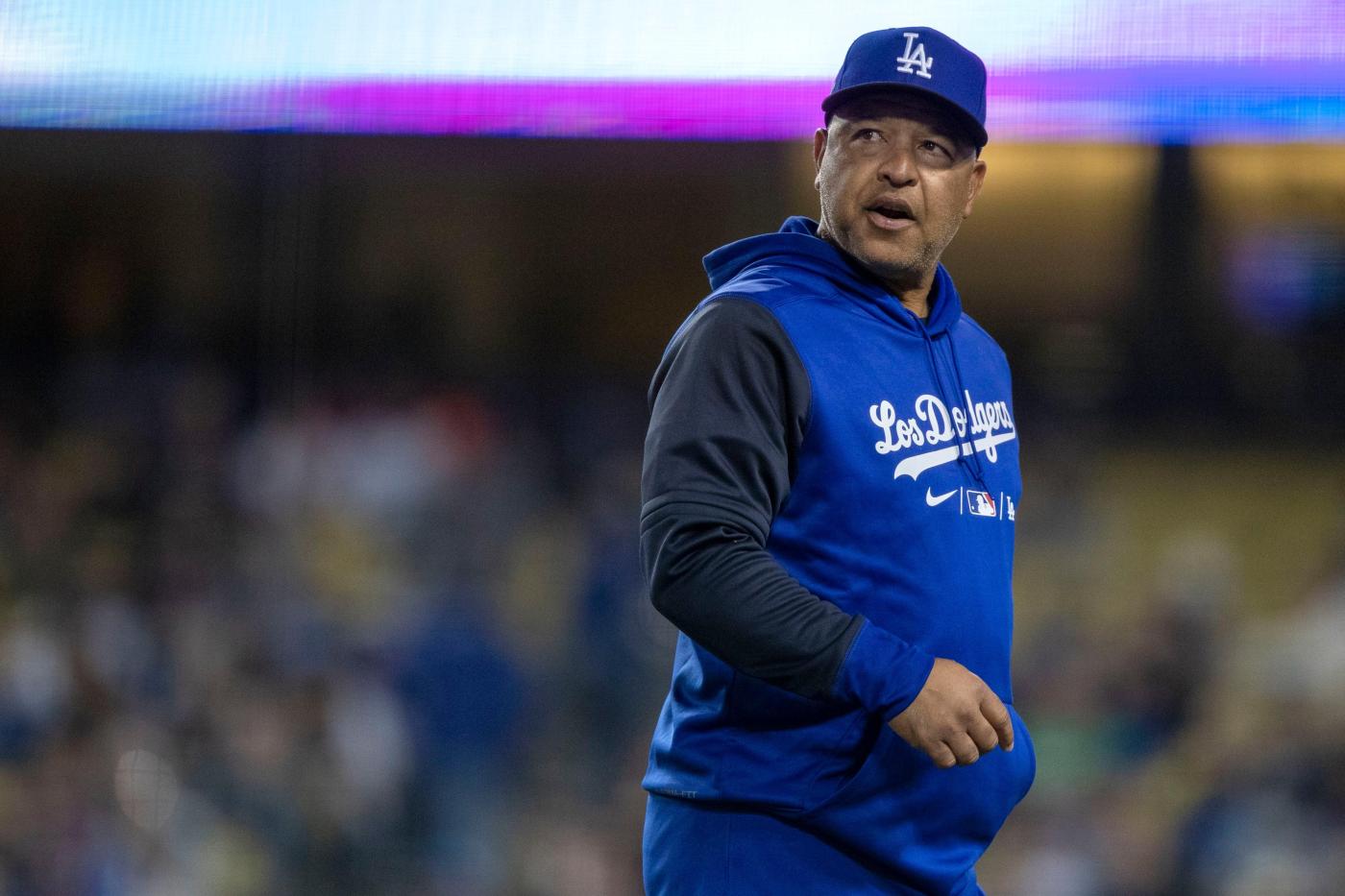 LOS ANGELES — Rules are rules, and Buck Showalter was the only manager in the house who was aware of them.

The Dodgers, trailing by five runs in the ninth inning of the Mets’ 9-4 win on Saturday night, tried to let outfielder Zach McKinstry take the mound. Dave Roberts, the Dodgers manager, then found out from the umpires that his team must be trailing by six or more runs to let a position player pitch, according to Showalter’s account of the on-field delay.

“They wanted a rule clarification because they didn’t believe the rule that was being told to them was correct,” Showalter said. “So, they got a clarification from New York. It took a long time for New York to clarify it too, didn’t it?”

Roberts and the Dodgers waited several minutes for MLB headquarters in New York to confirm what the umpires had already told them: they needed to be trailing by six or more runs to let McKinstry pitch. Only then did Roberts, who was trying to save a relief arm, make the call to the bullpen to get a reliever up and warming.

“I kept looking up [at the scoreboard] going, nine minus four is five, right?” Showalter said.

“It’s an oversight on my part,” Roberts later told reporters.

Showalter, clearly furious, marched out of the dugout to have a word with the umpires. He later said he wasn’t mad that Dodgers reliever Evan Phillips had received ample time to warm up because “I don’t want anybody to get hurt.”

The Mets skipper was well aware of the six-run rule, while Roberts clearly was not. Showalter also downplayed his own involvement in the pitching change. He said the umpires told Roberts about the rule, and Showalter didn’t have anything to do with bringing it to light.

Showalter, with a slight grin, deadpanned and scoffed: “Did I know the rule?”

After several minutes of answering questions from reporters about the on-field delay and the bizarre sequence of events, Showalter finally had enough.

“You know what, we won today against a really good team,” Showalter said. “God bless everybody.”

Dave Roberts and Dodgers fumble MLB rule in ninth inning against Mets: ‘An oversight on my part’

How to make a bed in Minecraft, and what they’re used for

Juneteenth: Some Utah educators will work on Monday as state celebrates