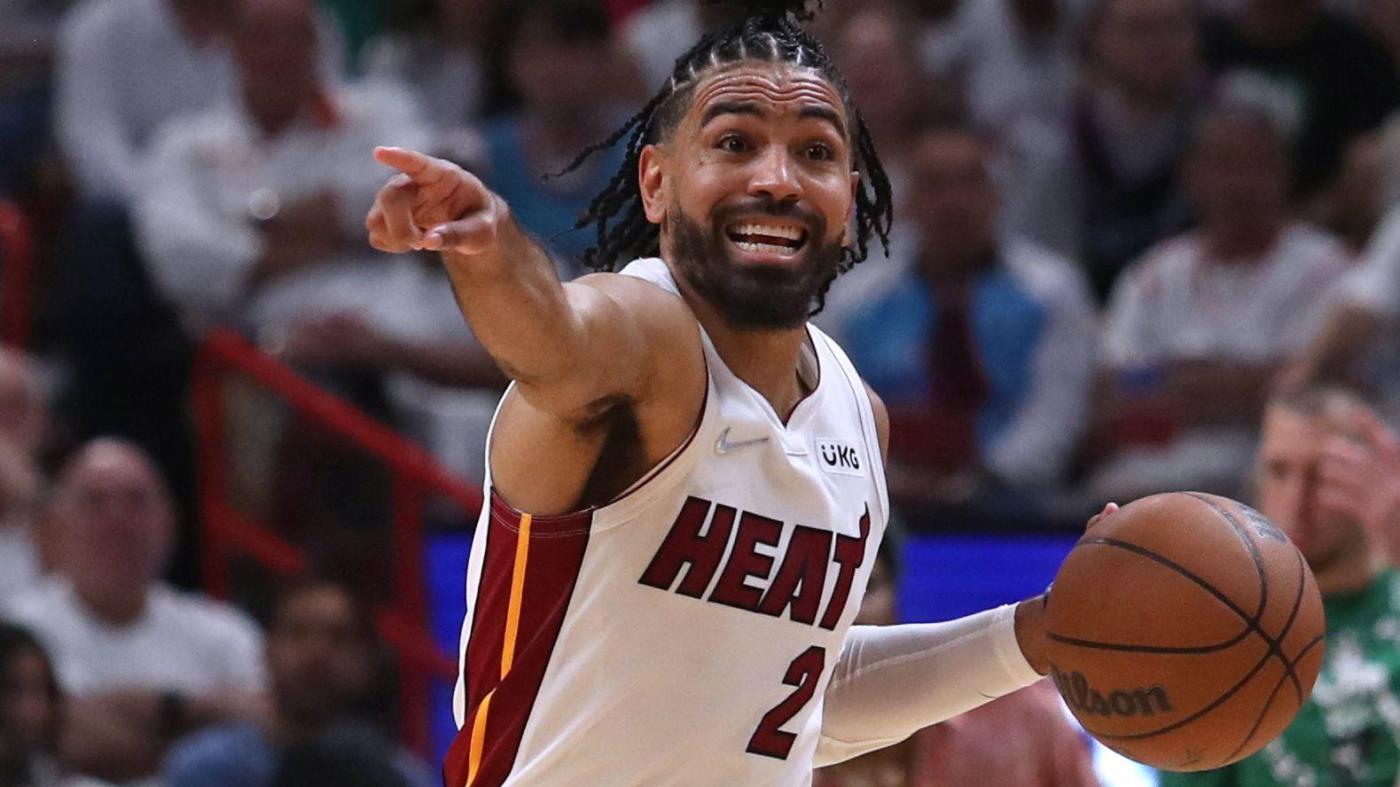 As the Miami Heat were finalizing their 2021-22 roster, coach Erik Spoelstra chimed in on the team’s final roster spot.

At the time, the deliberations were down to Markieff Morris of Jeff Teague.

The biggest winner from that decision? Arguably Gabe Vincent.

For Morris, it was a season largely preempted by the 58 games he missed after his Nov. 8 tussle with Denver Nuggets center Nikola Jokic.

For Teague, there was no season, ultimately without a landing spot after playing a contributing role in the Milwaukee Bucks’ 2021 NBA championship, ending this past season as a regional scout for the Atlanta Hawks.

For Vincent, it opened a runway for a rotation role as backup point guard to prized Heat offseason acquisition Kyle Lowry.

It was an opportunity seized.

With Vincent now looking for more.

“I think I’ve shown I can be a rotational player in this league,” he said this week, as the Heat cleaned out their lockers following their elimination in the Eastern Conference finals. “So, obviously, yes, I’d love to play every game. But as much as I would like to play, that’s not always necessarily how the games go.”

Where there previously had been doubt about the depth at point guard, there now is the comfort in knowing that Vincent not only ably filled in for Lowry during the regular season, while Lowry was attending to a family emergency, but that the Heat went 7-1 with Vincent as a playoff starter.

At times, Vincent also thrived while playing alongside Lowry, with plans to further steel their relationship this summer.

“I spoke to Kyle a little bit,” Vinceint said. “I’m supposed to get with him in the offseason.”

From Heat two-way contracts in 2019-20 and ‘20-21 to a standard contract this past season that also included a team option for next season, Vincent arguably has shown as much growth in terms of versatility as anyone on the roster.

Turning 26 in a week, Vincent said he still looks at it as just getting started.

“For me, it’s I think similar to a lot of our guys, when you look at it all, how I could have done more and what more I could have done,” he said. “And to me, I just see there’s a whole lot of room for improvement and a lot of work to do.