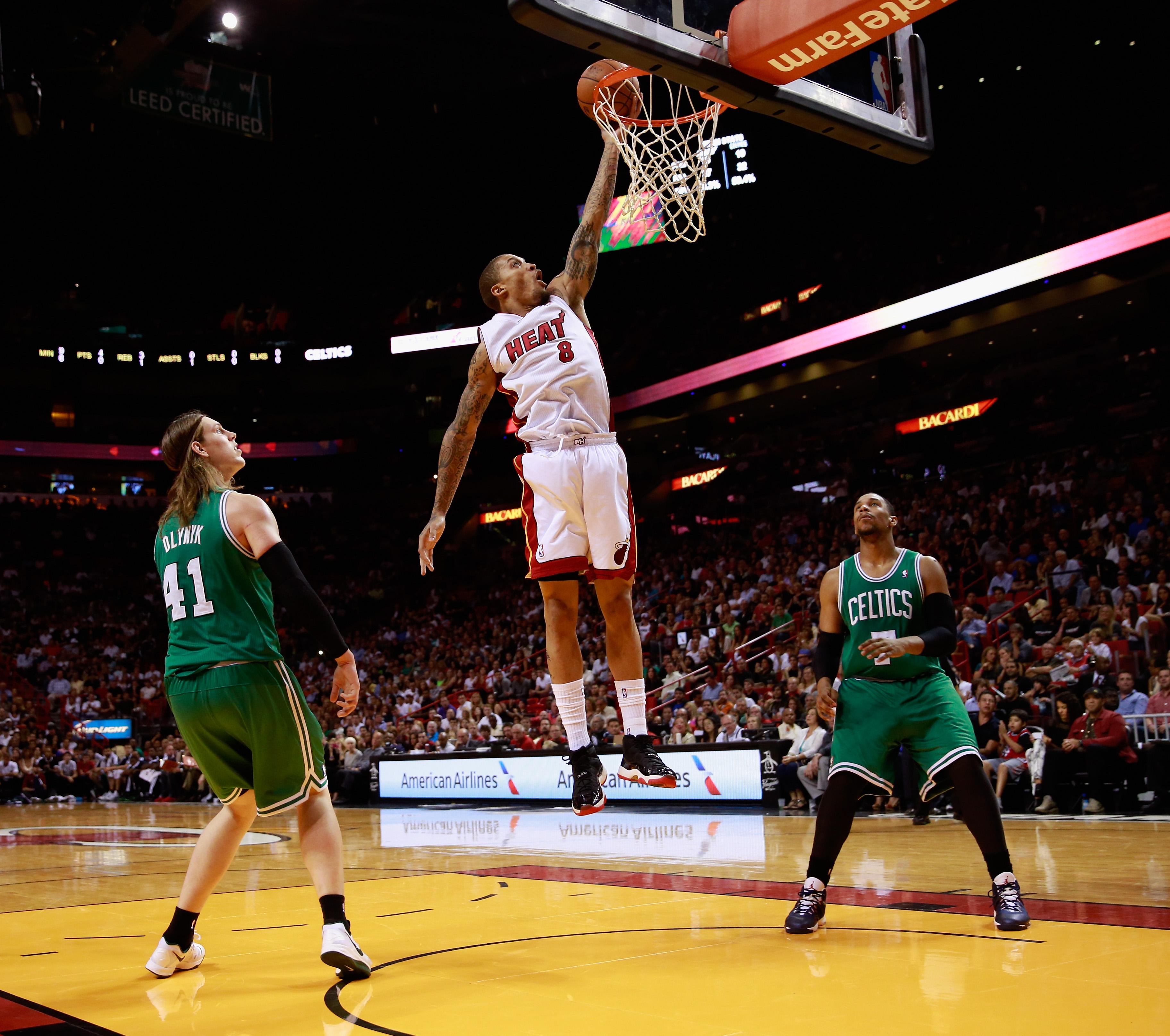 The Miami Heat‘s former No. 2 overall pick from the 2008 Draft, Michael Beasley, hasn’t played in an NBA game since the 2018-2019 season with the Los Angeles Lakers, but the veteran forward isn’t ready to call it a career just yet.

The 33-year-old, who had three stints with the Heat over his 14-year professional career, is returning to play with the Chinese Basketball Association and getting paid handsomely to do so, as first reported by The Athletic’s Sham Charania on Sunday, June 5.

Charania tweeted, “Sources: Former NBA No. 2 pick Michael Beasley is returning to professional basketball and will sign a seven-figure deal with the Shanghai Sharks of the Chinese Basketball Association.”

Beasley previously played for the Shanghai Sharks following his first return to Miami during the 2013-2014 season. The Heat made it to the NBA Finals for the fourth straight time, their fourth and final season during the “Big Three” era with LeBron James, Dwyane Wade, and Chris Bosh. Entering the postseason as the No. 1 team in the Eastern Conference, the Heat fell to the San Antonio Spurs 4-1.

In September 2014, after the Memphis Grizzlies waived the Kansas State alum, he signed a one-year deal with the Shanghai Sharks. Beasley shined overseas, coming off the bench to score 59 points during the 2015 CBA All-Star Game — a league record.

Beasley again returned to play with the Heat in 2015, but after Miami declined to pick up his $1.3 million option for the following season, he was back on the free agency market. Before returning to the NBA as a member of the Houston Rockets in 2016, Beasley spent 2015-2016 with the CBA, this time playing with the Shandon Golden Stars. The power forward was named the league’s Foreign MVP, per The Score‘s Patrick Britton, averaging 31.9 points, 13.4 rebounds, 3.8 assists, 2.0 steals, and 1.3 blocks per game.

Beasley was close to returning to the NBA two years ago. NBC Sports‘ …read more

High fuel prices cause OPEC to slash its forecast for oil demand growth in 2023, report says