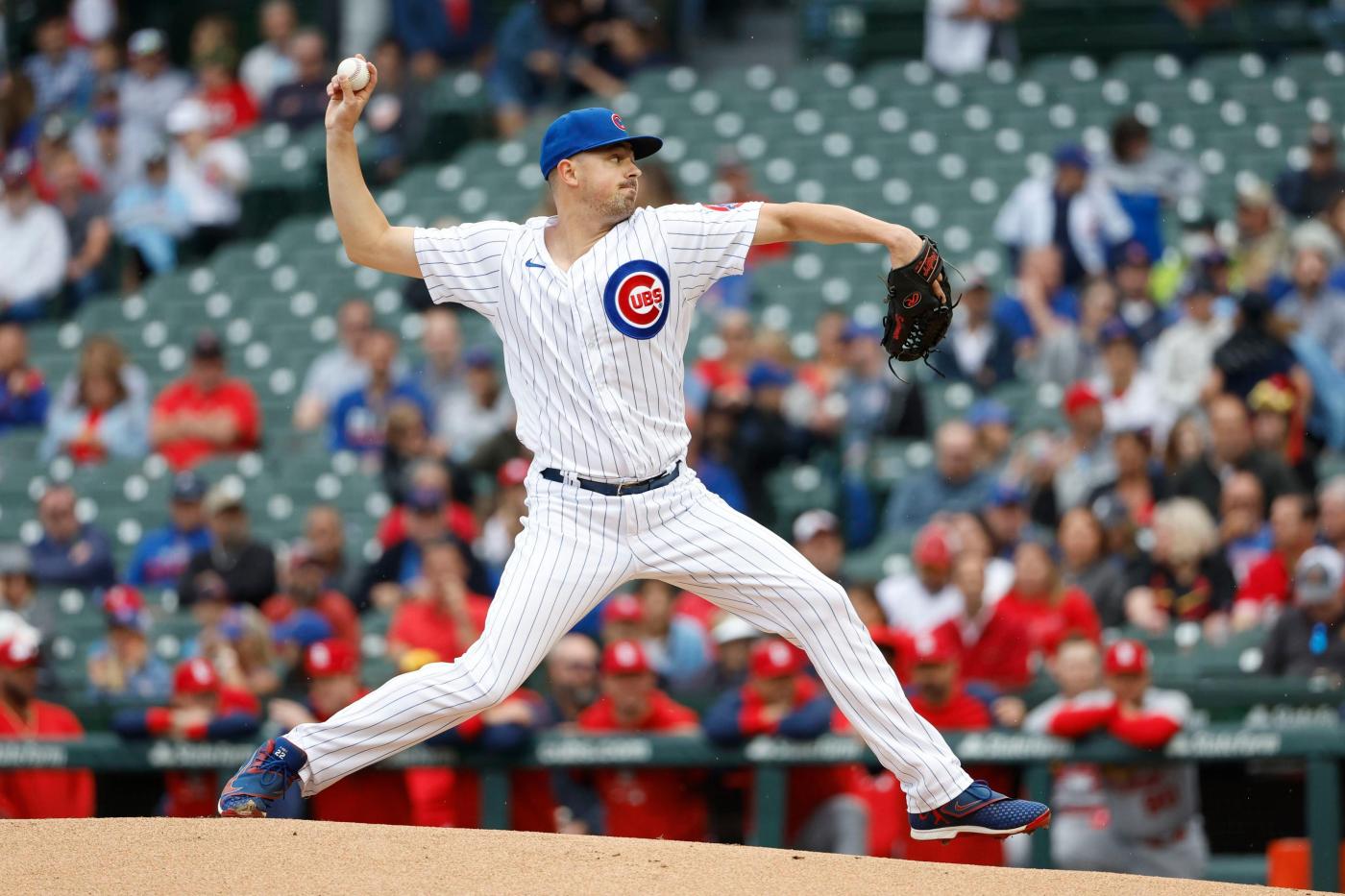 “People always ask me, ‘Do you get it from Bronson Arroyo?’” Swarmer told the Tribune. “I just developed it on my own.

“But I like to tell people it’s from Arroyo,” he added, laughing, “because I don’t know how to explain it sometimes.”

The 28-year-old right-hander is making the most of his unexpected call-up this week. Days after Swarmer’s big-league debut Monday, he was still in shock as the magnitude of reaching the majors continued to sink in for the former 19th-round pick.

And after Saturday’s 6-1 victory in Game 1 of a doubleheader against the St. Louis Cardinals — his first win in his second career start — Swarmer again searched for words.

“I always watched those guys on TV, and now to have a chance to face them, it’s really special in that moment. I have to soak it all in.”

In both starts Swarmer held the opposition to one earned run in six innings while combining for 11 strikeouts and three walks. At the root of his success is a nasty slider. He generated 13 whiffs with his slider Saturday after producing 10 on Monday. Another 12 sliders over the two starts resulted in called strikes.

“When he’s at his best, he has a unique slider — just the way it looks when it comes out of his hand, the way it moves,” pitching coach Tommy Hottovy told the Tribune. “A lot of times you’ll see guys have two pitches that are power pitches, but he also has the ability to move that slider around and locate it where he needs to. As long as he can command those two pitches and move them around, you can do a lot of really good things.

“Sometimes guys get here and they try to do too much. He’s not a guy that is going to try to do more than what he knows he can do.”

Swarmer relies on two pitches — a four-seam fastball and slider — at a frequency that’s uncommon for major-league starters. Through two starts with the Cubs, they accounted for 97.2% of his pitches.

But it’s his ability to manipulate his …read more

House Jan. 6 committee to focus on Trump’s ‘dereliction of duty’ during Capitol riot at next public hearing, committee member says