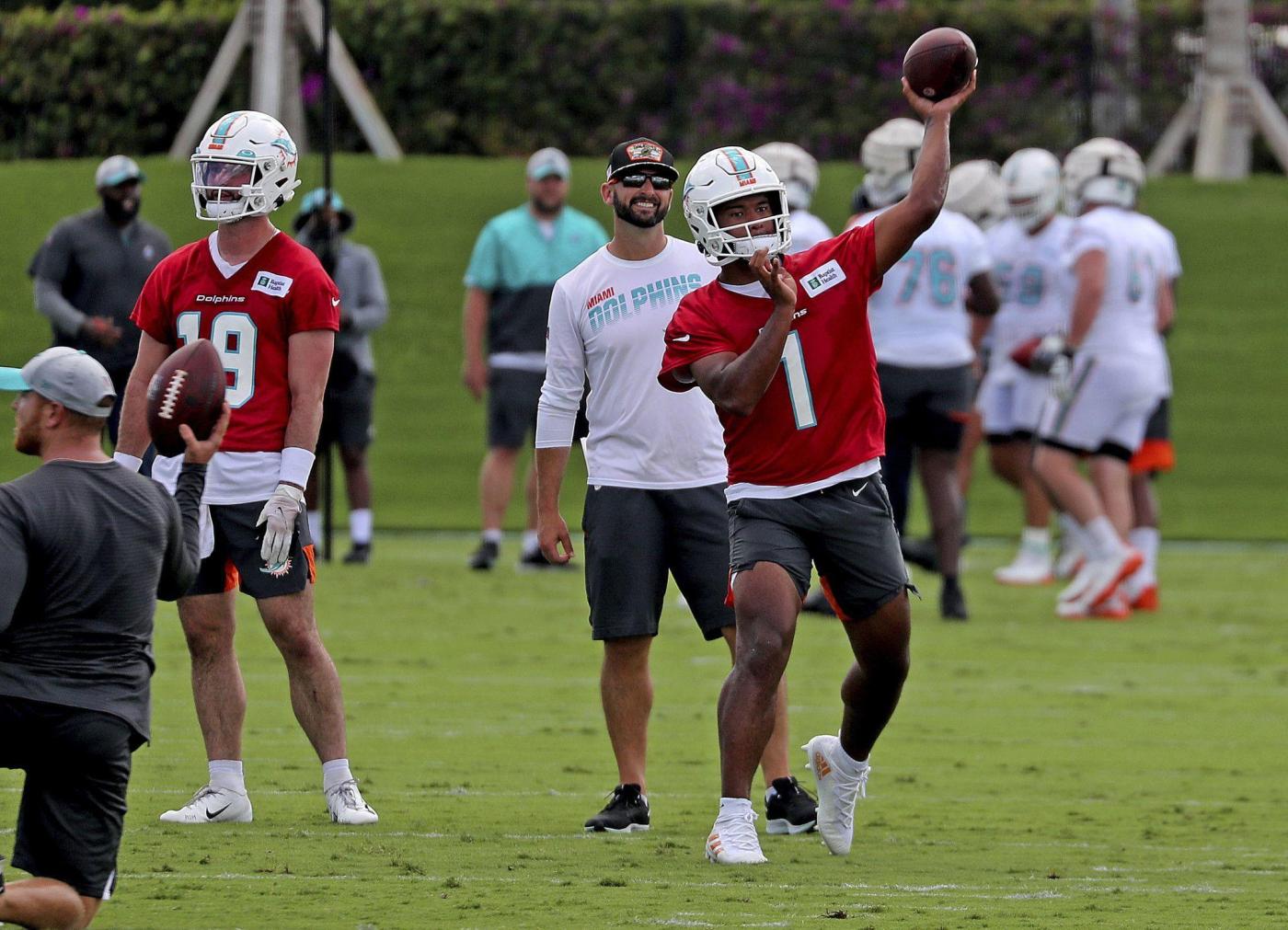 There are often factors like established relationships, on-and-off the field drama impacting those bonds.

When Chad Henne was the Miami Dolphins’ starting quarterback, most of the team preferred it were his backup, Chad Pennington, who were behind center.

Then coach Tony Sparano eventually caved, replacing Henne with Pennington during the 2010 season, and that lasted three snaps before Pennington suffered a shoulder injury in his one and only start that season, and Miami was forced to go back to Henne.

Ryan Tannehill had a flimsy hold on the locker room during his seven season tenure as Miami’s starter. At one point late in the 2014 season numerous members of his receiver unit unsuccessfully lobbied then-coach Joe Philbin to bench Tannehill for Matt Moore, a backup with a gunslinger’s reputation.

That failed coup fueled an existing divide on the team, and led to the removal of those receivers, and some defenders the next offseason. Tannehill had three more seasons as Miami’s starter before Miami moved on, trading him to Tennessee.

In no way am I forecasting that kind of fate on Tua Tagovailoa, but the 24-year-old does need to realize being good at the political game comes with his position.

A quarterback can’t be a man of mystery to his team, unless he’s balling like Patrick Mahomes, or has Aaron Rodgers’ resume.

That’s why Tagovailoa needs to start shaking hands and kissing his teammate’s babies, basically making himself more approachable and relatable to his Dolphins teammates because popularity and likability matters.

Part of the problem Tagovailoa has is there’s a disconnect between him and his teammates.

He’s “a little standoffish” as one player put it.

“I would say I’ve shown glimpses of coming out of my shell with Coach [McDaniel],” Tagovailoa said last week. “I can be myself. That’s all I can say.

Problem is, more needs to be said, and done.

“I’ve always been like that, ever since high school. Yeah, I’m just not one to ‘Hey, we’re friends,’ after shaking hands,” Tagovailoa said when asked about his guarded personality. “I’ve got to really get to know you, really get to understand and feel comfortable.”

The problem is, Tagovailoa’s teammates and coaches need to get to know him to gain a level of comfort, and that hasn’t happened in his first two seasons in Miami.

I’ve heard about this disconnect since his rookie season, and hypothesized the root of it might have to do with …read more

Omar Kelly: Tua Tagovailoa must come out of his shell to win over teammates