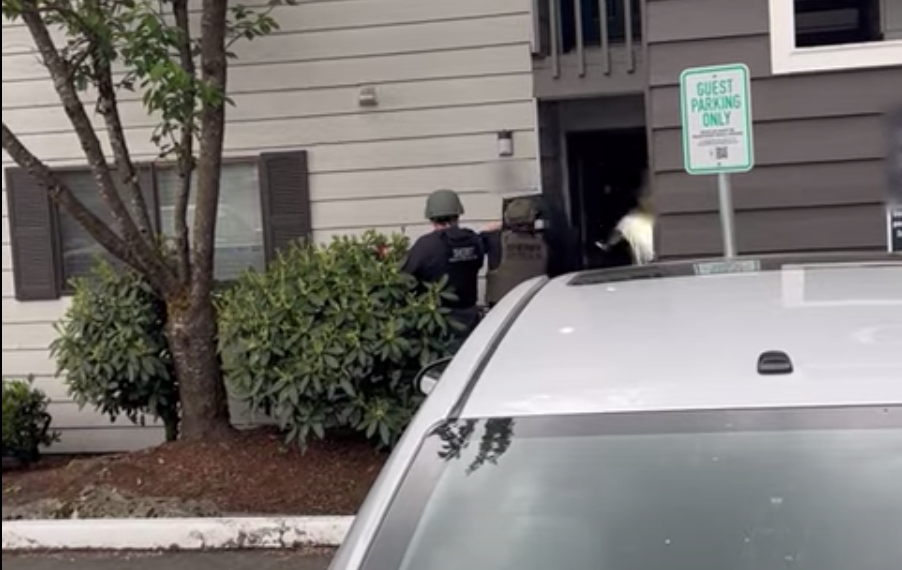 Police in Seattle released video footage on Saturday of their deadly confrontation with Marshall Curtis Jones III, 27, the ex-boyfriend and main suspect in the disappearance of an Oakley woman, Alexis Gabe.

The cellphone footage, which was taken in the early evening of June 1, shows police outside knocking on the door of an apartment building in Kent, Wash., and demanding Jones come outside. When Jones opened the door, he approached officers with an eight-inch serrated kitchen knife.

Two police officers fired four shots at Jones, who was later pronounced dead at the scene.

Gabe disappeared in late January and authorities are now treating her case as a homicide because of forensic evidence and a lack of any signs that she is alive, police said at a press conference earlier this week.

Authorities have not located a body yet and haven’t released details about how her death may have occurred.

The search for Gabe and a $100,000 reward from the City of Oakley leading to her whereabouts is still active, said police and Gabe’s father, Gwyn.

“He was our daughter’s first love,” said Gabe’s father at a June 2 press conference, referring to Jones. “They were together for three years. He got along well with (her) two brothers and her cousins. He became part of our family. We had no idea he was capable of doing something like this to her.”

Gabe, 24, was an EKG technician in Contra Costa County and went missing on Jan. 26 after being last seen in Antioch. The following day, Gabe’s car was found abandoned with the keys still inside by family members in Oakley. …read more

AI in Insurance: How three forward-looking insurers are infusing AI into their front, middle, and back offices