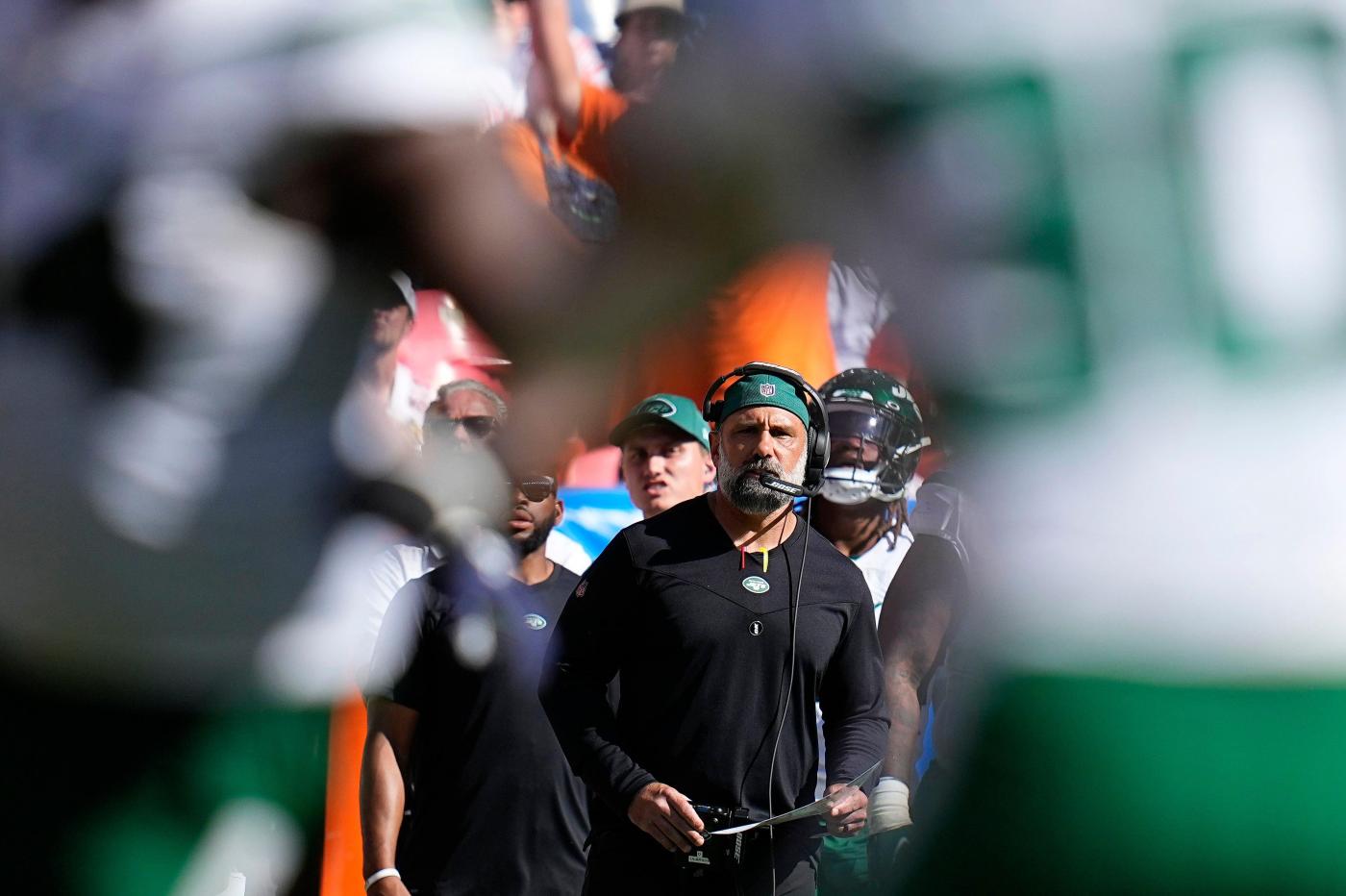 Towards the end of last season Jets defensive coordinator Jeff Ulbrich was fighting offenses with one hand behind his back.

But those days are done.

The new players at Ulbrich’s disposal should result in a significantly better product after his unit ranked 32nd in points and yards allowed in 2021.

“I am happy. It’s been a good offseason so far. The addition of the guys from a free agent standpoint and from a draft standpoint, I’ve been blown away by the character of the men, as much as the players,” Ulbrich said Wednesday. “Guys that are just obsessed with this game and getting better at it and obsessed with being great teammates and connecting with the guys that are here. So, yeah, great additions all around.”

Injuries to Ulbrich’s quality veterans along with youthful inexperience across the board necessitated fielding a dilapidated unit last season.

Some weeks players were inserted into the starting lineup fresh off the street like safeties Will Parks and Elijah Riley. Quincy Williams, who ended up becoming a nice find for Gang Green, was waived by the Jacksonville Jaguars at the end of training camp. The Jets claimed Williams and he was a starter by Week 2.

So on most Sundays defensive struggles for the Jets were preordained because of the lack of talent.

But now Ulbrich’s talent pool is substantially improved and there’s no more excuses in regards to stopping opposing offenses in 2022.

Especially since the Jets significantly revamped the secondary after swinging for the fences by drafting Ahmad “Sauce” Gardner with the No. 4 overall pick, signing former Buccaneers safety Jordan Whitehead and ex-Seahawks cornerback D.J. Reed in the early stages of free agency.

So being ranked towards the bottom of the NFL in passing yards allowed in 2022, like they were in 2021, is inexcusable.

“In this league, especially in the current landscape of pass-happy [offenses] every week, it’s huge to have a revamped secondary and these guys,” Ulbrich said. “It’s so early to name starters and to say who the four or the five are going to be. It’s created great competition, and with competition these guys will all grow and get better. And with a good secondary, you could be a pretty good defense in this league.”

Where Was ‘Color My World with Love’ Filmed? See Cast Stories & Locations