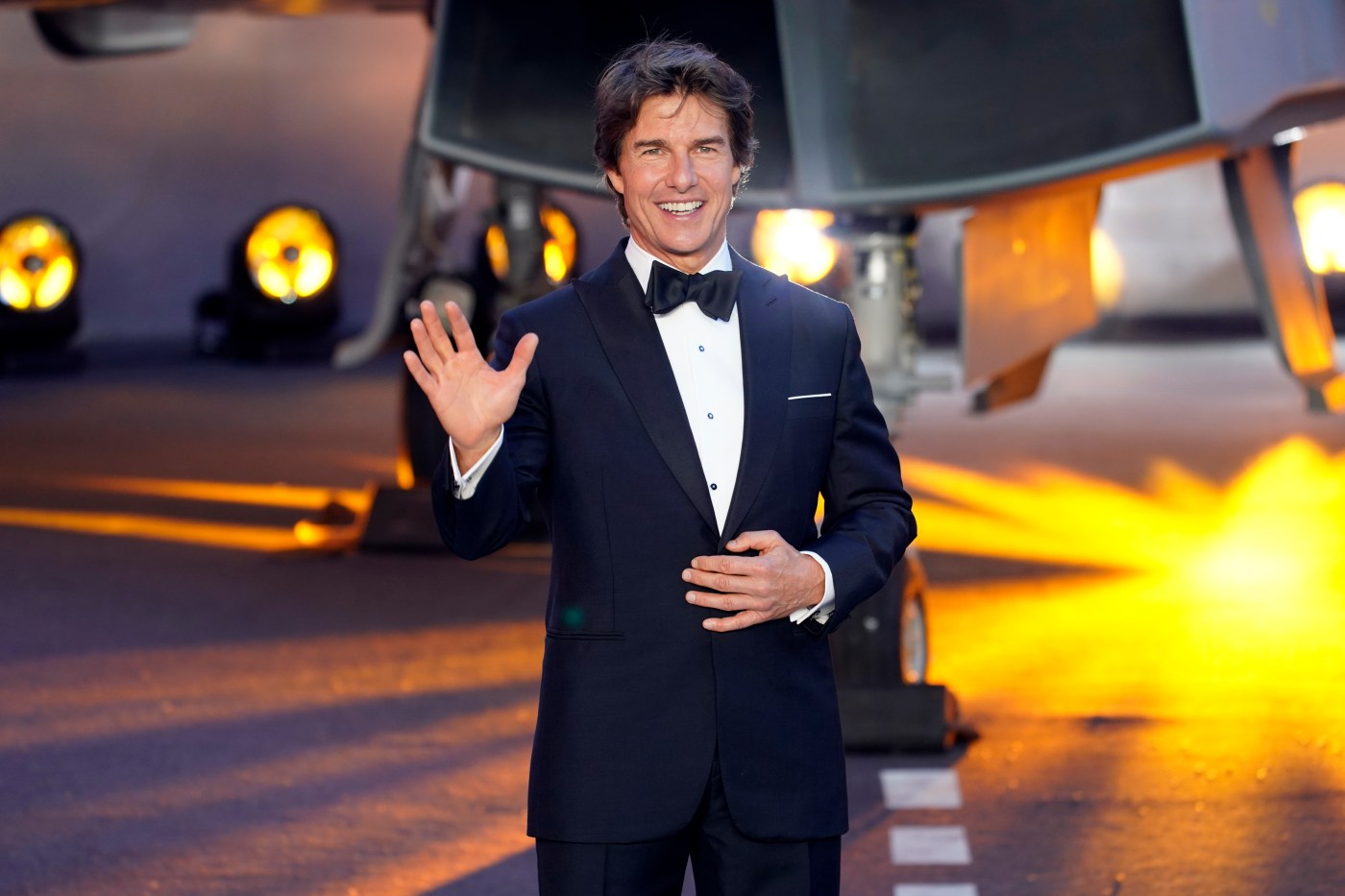 NEW YORK (AP) — The high-flying “Top Gun: Maverick” continued to soar in its second weekend, dropping just 32% from its opening with $86 million in ticket sales, according to studio estimates Sunday.

The Paramount Pictures release, with Tom Cruise reprising his role from the 1986 original, is holding steadier than any film of its kind has before. Its modest drop — 50-65% is more typical for blockbusters — is the smallest decline for a movie that opened above $100 million.

Overseas, director Joseph Kosinski’s film is performing even better. In 64 overseas markets, “Top Gun: Maverick” dipped only 20% in its second weekend with $81.7 million.

While “Top Gun: Maverick” is unlikely to match the $1.89 billion worldwide of Sony Pictures’ “Spider-Man: No Way Home,” the biggest box-office smash of the pandemic, Cruise and company have been hailed for leading the final push in the recovery of movie theaters. Paramount delayed its release for two years.

But whereas “No Way Home” had little-to-no big-budget competition through January, “Top Gun: Maverick” kicks off a string of more closely packed summer movies. Next weekend, Universal Pictures debuts “Jurassic World: Dominion,” the culmination of the dinosaur franchise trilogy of sequels. The week after that, the Walt Disney Co. releases the “Toy Story” spinoff “Lightyear,” the first Pixar release to open in theaters in more than two years.

“Top Gun: Maverick,” which actually added screens in its second week to extend its record total to 4,751, will soon find itself in more of a dog fight for audience attention.

“Jurassic World: Dominion” got a head start over the weekend in 15 international markets, where the Colin Trevorrow-directed film grossed $55.5 million. Universal said that was in line with the previous franchise entries. “Jurassic World” made $1.67 billion in 2015, while its 2018 follow-up, “Jurassic World: Fallen Kingdom,” grossed $1.31 billion.

Fresh off its premiere at the Cannes Film …read more

‘Top Gun’ stays aloft with $86M in its 2nd weekend

3 Advertising Trends to Watch in 2022