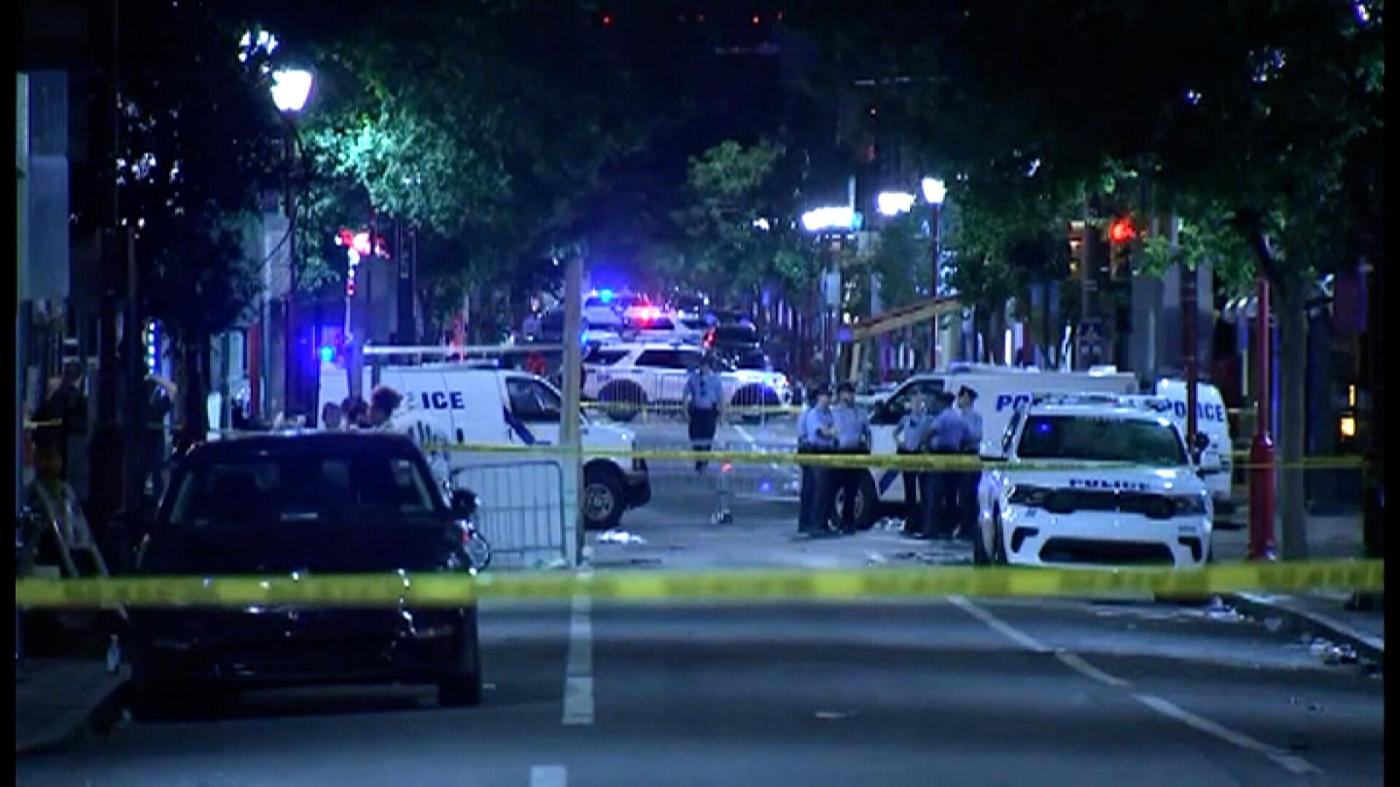 PHILADELPHIA — Gunfire erupted in the area of Second and South Streets late Saturday night, leaving three people dead and at least 11 injured along one of Philadelphia’s most popular dining, shopping and entertainment corridors.

The shooting occurred on a weather-perfect weekend evening that had drawn hundreds to the area, igniting panic and sending people screaming and scrambling for cover.

Here’s what we know and don’t know.

At least 14 people were shot in the area of Second and South Streets and three of them died late Saturday, police said.

Around 11:30 p.m., three men got into a fight on the 200 block of South Street. Video shows the encounter began as a fistfight, with one man exchanging words with two others, one of whom appears to draw a handgun.

After a short brawl, a volley of gunshots rang out. Vanore said two of the three men in the fight fired at each other. One of them — the man who first drew a handgun — was killed, Vanore said. The other was hospitalized in critical condition.

But the shots in the packed nightlife district sparked chaos. Within seconds, police said, several other people began shooting into crowds gathered outside.

One shooter was a man on the 200 block of South Street, near an intersection with American Street. Police said he fired westbound on South Street. A responding officer, who has not been identified, returned fire, and Commissioner Danielle Outlaw said the officer likely struck him. The man dropped his gun and an extended magazine and ran away.

At least two other guns were fired amid the mayhem.

The investigation continues, with authorities still working to piece together video, ballistics and other evidence.

Who were the victims?

Who were the shooters?

Police have yet to identify the shooters, but confirm there was more than one person shooting into the crowd. Their motive is not known, and no one has been taken into custody.

An officer fired at one of the shooters, who was still firing a gun into the crowd, Inspector D.F. Pace said. The shooter dropped …read more