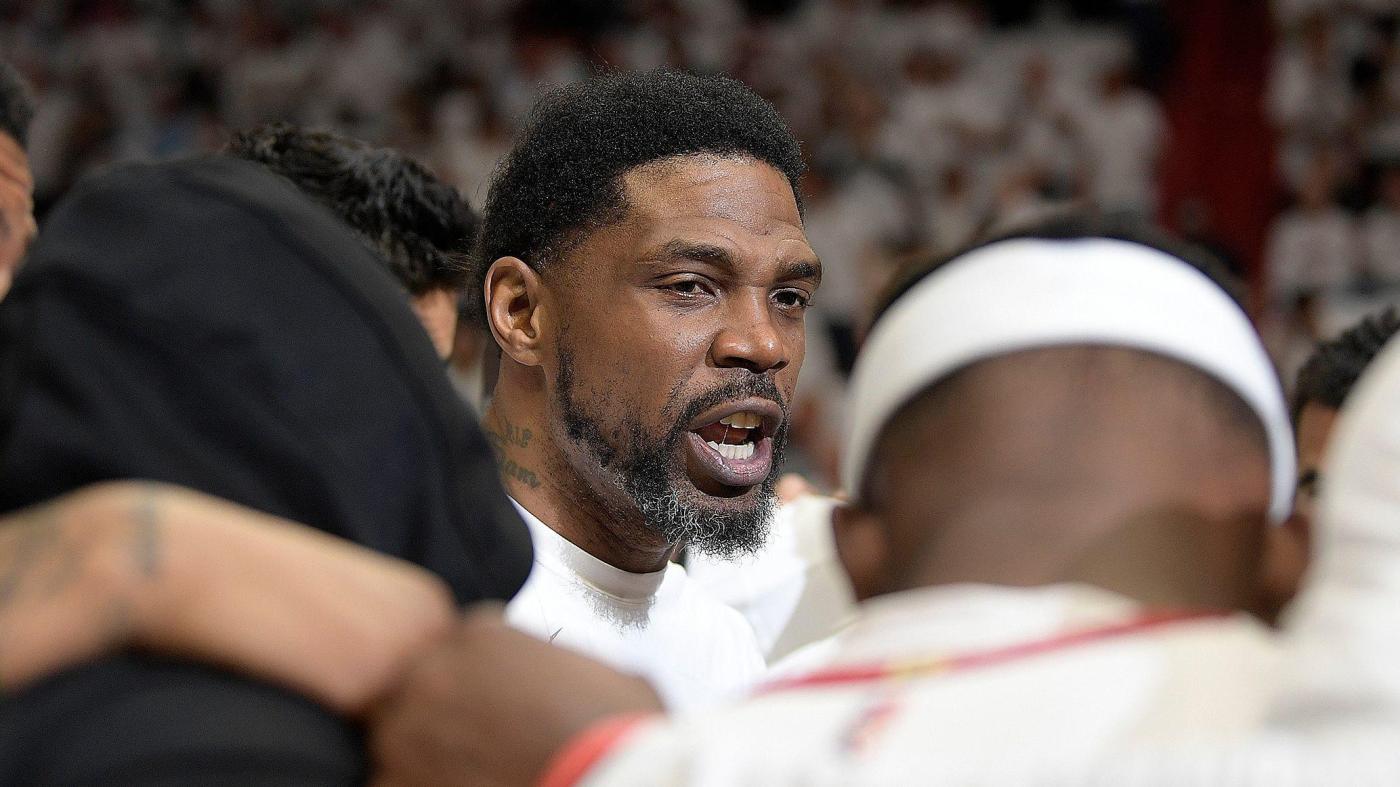 The next step could further define the degree that Udonis Haslem’s NBA story becomes one for the ages.

With the Miami Heat captain turning 42 on Thursday, a return for a 20th season would put him in decidedly rarified air.

The oldest player in the NBA this past season by four years over Carmelo Anthony and former Heat teammate Andre Iguodala, Haslem, by returning next season, would have the opportunity to join the only six players to appear in the NBA beyond their 42nd birthday.

The only players to appear in a game beyond Haslem’s current age have been Nat Hickey (two games in the NBA forerunner Basketball Association of American in 1948, at 45), Kevin Willis (44), Robert Parish (43), Vince Carter (43) Dikembe Mutobo (42) and Kareem Abdul-Jabbar (42).

A 20th season by Haslem also would make him one of nine players to appear in 20 or more, joining Carter at 22; Parish, Willis, Dirk Nowitzki and Kevin Garnett at 21; and Abdul-Jabbar, Kobe Bryant and Jamal Crawford at 20.

As always, Heat President Pat Riley said the door will remain open, although not specifying a playing role.

“When you’ve got 20 years of experience, like he does, and he’s knowledgeable and he has the right disposition for this organization, we want him to be in this organization as long as he wants to be,” Riley said. “I mean, defining exactly what it is that he wants to do, I mean I would love to have UD around in whatever capacity.

“And so we haven’t discussed any of that, because I think he struggles with, ‘I want to be on the court.’ I’ll sit down with UD. I love him to death. So we’ll see where it goes.”

As has been the case in recent years, Haslem requested time to decompress, in recent years his formal decision not coming until late in the summer or even the eve of the season.

“As usual,” Haslem said amid the team’s exit interviews, “I’ll take my time, sit down with the family, Pat, Micky [Arison, the team owner] and talk about what’s next and where it goes.”

This past season, there were 13 appearances for 83 minutes, after appearing in a combined 15 regular-season games the previous three seasons. There then were no appearances in the postseason, now without a playoff minute since 2016.

Asked if he wanted to return, Haslem said the preference would be to be part of the ongoing …read more

As he turns 42, Heat’s Haslem deliberating 20th season, but rules out coaching with sights set on being team owner

The road to a second Scottish independence referendum