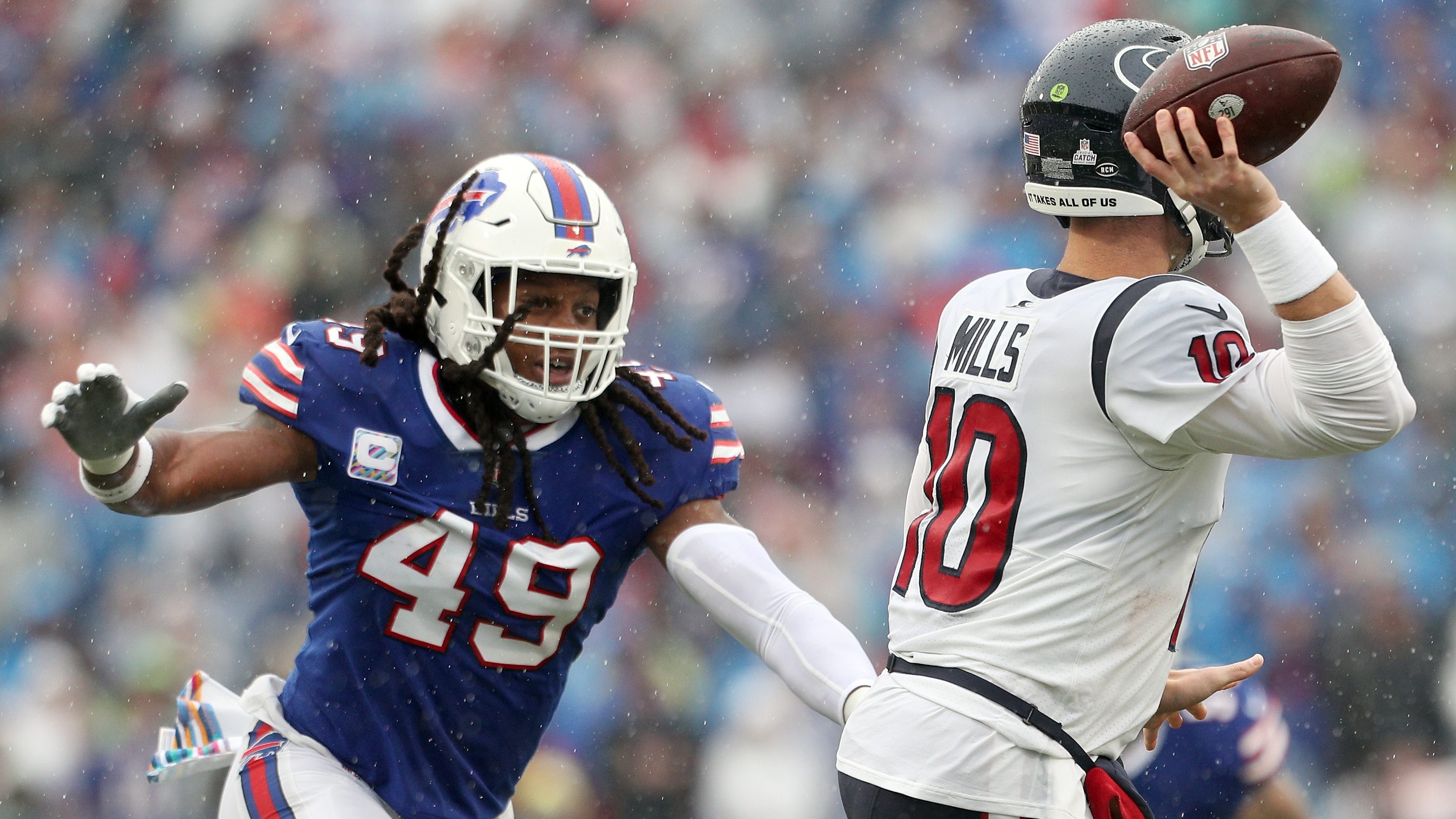 During the Buffalo Bills‘ final week of OTAs (organized team activities), linebacker Tremaine Edmunds, who’s entering the fifth and final year of his rookie contract, broke his silence on his stalled extension.

The 6-foot-5, 250-pound linebacker, who was selected by the Bills in the first round of the 2018 NFL Draft, didn’t sound incredibly confident that he would be back in Buffalo next year while speaking to the media on Tuesday, June 7, but the 24-year-old is willing to step things up to earn that extension.

“All I can control is how I come out each and every day, and just work,” Edmunds said. “All that kind of stuff, you kind of just put it on the top shelf and do the stuff that you’ve been doing this whole time. And like I said, that’s just me coming out working, me continuing to get better because there’s still a lot of stuff that I know I can get better with.”

Tremaine Edmunds is entering the final year of his rookie deal.

The #Bills MLB admits he thinks about it a bit, but trying to focus more on his game rather than the business side of things.

“I can’t control that.” pic.twitter.com/TTYBZVEbj9

As it stands, the final year of Edmunds’ contract comes with an cap hit of $12.7 million, per OvertheCap.com. According to Sports Illustrated‘s Nick Fierro, “that could be reduced by as much as $9.3 million with an extension.”

Allen and Diggs smiling, Von Miller teaching, Tremaine Edmunds snagging balls, Shaq is back, New OC in town, 17 picked up where he left off throwing dimes. Bills first OTA of the 2022 season. pic.twitter.com/qVs7QGGfOt

The two-time Pro Bowler showing up to voluntary OTAs shows Edmunds is ready to put in the work. Safety Jordan Poyer, who went public with his plea for a contract extension two months ago, has yet to report to any voluntary workouts in Buffalo.

In addition to Edmunds and Poyer, 31, the Bills need to figure out what to do with tight end Dawson Knox, 25, and running back Devin Singeltary, 24, both of whom are also set …read more

10 best credit cards for bad credit of June 2022: Secured and unsecured cards, including some that earn cash back or flexible points

Alec Mills, in his season debut, saves the Chicago Cubs bullpen with 5 innings in a 9-3 loss to the Baltimore Orioles