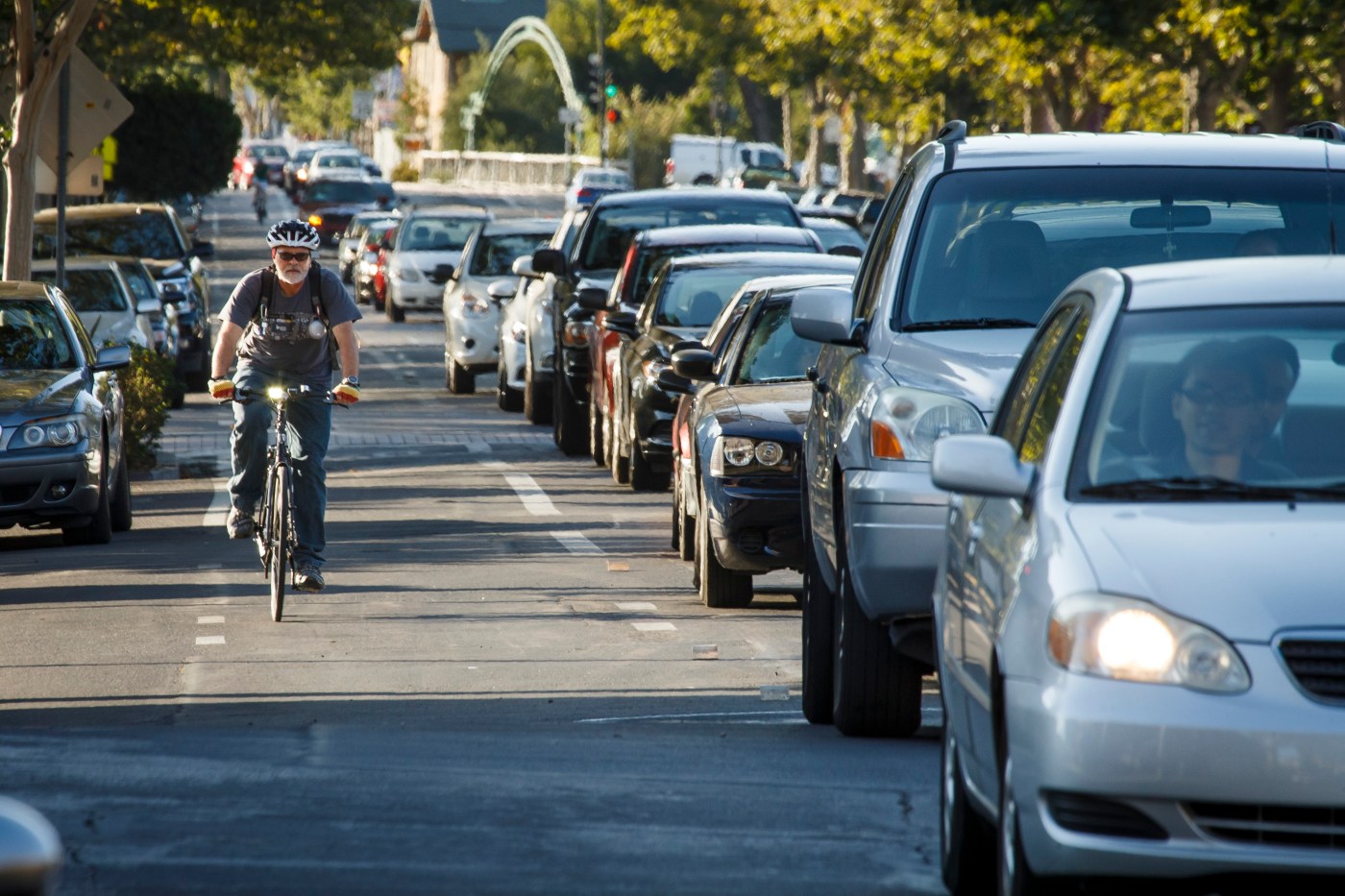 Q: I became a cyclist as an adult over 20 years ago. I have been hit by cars on two occasions and have experienced a number of near misses.

I find that the green paint helps make drivers aware that cyclists do belong on the roadway. In the future, green paint use should be expanded to show drivers where it could be safe to pass cyclists.

A: Many bicyclists agree. Improvements such as the green bike lanes have contributed to California being ranked as the fourth most bicycle-friendly state, according to the 2022 League of American Bicyclists report.

The report praises California for “…significant advances in bicycle policy in recent years, but more is needed.” The governor may allocate $2 billion statewide for bicycle upgrades.

The fourth best ranking surprises me because bicycle and pedestrian deaths are on the rise in California.

The report found that 1.5% of workers in San Jose commute by bicycle. Much of this can be credited to warm weather, precipitation on only 59 days a year, and relatively healthy air, with only 6 days per year categorized as having unhealthy or worse air quality.

Should drivers stay or should they go on flashing red lights?

Here’s why to stay inside your vehicle when tow truck is on the way: Roadshow

Hey Mr. Roadshow, what is driving etiquette when it comes to delivery robots?

Q: The “Bicycles must exit” signs occasionally seen on Bay Area freeways raise the question: Where are bicycles even allowed to enter?

A: There are seven stretches of Bay Area freeways where bicyclists can ride on the shoulder because there is no suitable alternate route. None of these stretches is more than two miles long. They include:

Both directions of Highway …read more

California gets high marks as bicycle-friendly state despite rise in rider deaths: Roadshow

The best credit cards for Amazon purchases of June 2022: Earn cash back or flexible rewards points