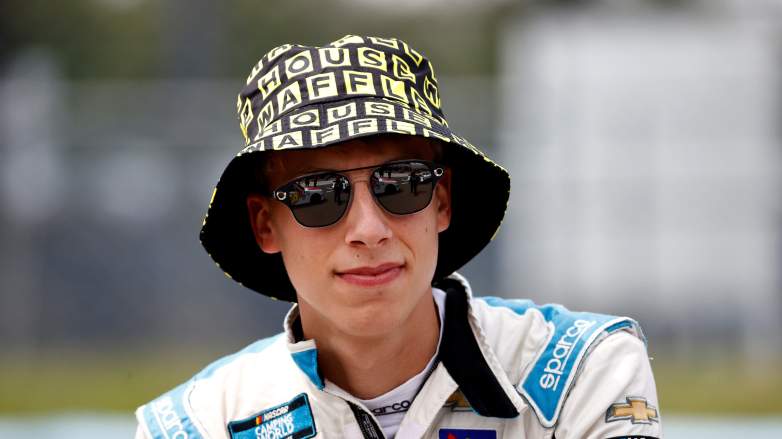 Niece Motorsports driver Carson Hocevar has provided a major update after a last-lap crash at World Wide Technology Raceway. He announced that he will prepare to compete in the Camping World Truck Series race at Sonoma Raceway but will turn to a backup driver if necessary.

Niece Motorsports and Hocevar announced the news with a press release on June 8. The team did not reveal the injury that Hocevar sustained during the last-lap crash but noted that he will prepare to return to the No. 42 Worldwide Express Chevrolet Camaro. If he is unable to compete, Trackhouse Racing‘s Daniel Suarez will step in and take over the entry.

“I’m feeling better every day and I’m looking forward to being behind the wheel of the No. 42 Worldwide Express Chevrolet this weekend,” Hocevar said in a press release. “I’m thankful for Daniel’s willingness to step up this weekend for our No. 42 team. None of this is possible without the great partnership Niece Motorsports has formed with Worldwide Express and Trackhouse Racing.”

Suarez Has Past Success in the Truck Series

If Hocevar is not able to suit up for the Camping World Truck Series race, Suarez will take over the No. 42 and pull double-duty. The race at Sonoma would mark his 29th start in the series and his first since Bristol Motor Speedway’s dirt race in 2021.

Suarez has achieved success in the Truck Series while only running part-time schedules in 2014, 2015, 2016, and 2021. His best runs were part of a 26-race schedule with Kyle Busch Motorsports when he posted a combined 16 top-10 finishes and 10 top-fives. Suarez also won the 2016 race at Phoenix Raceway after leading 34 laps and holding off eventual champion Johnny Sauter.

“I’m happy to help out Carson and the Niece Motorsports No. 42 team this weekend,” Suarez said. “I hope Carson is on his way back to feeling 100 percent. I hope he can go out and give Worldwide Express a good show. If they need me in relief, I’ll do my best to get them a good finish.”

Hocevar Will Potentially Keep His Points

GettyCarson Hocevar waits on the grid at Watkins Glen International.

Bystander fatally shot during suspected street racing on I-70

2 Jets Assistants Will ‘Get Coordinator Jobs’ if Team Takes off, Says Insider