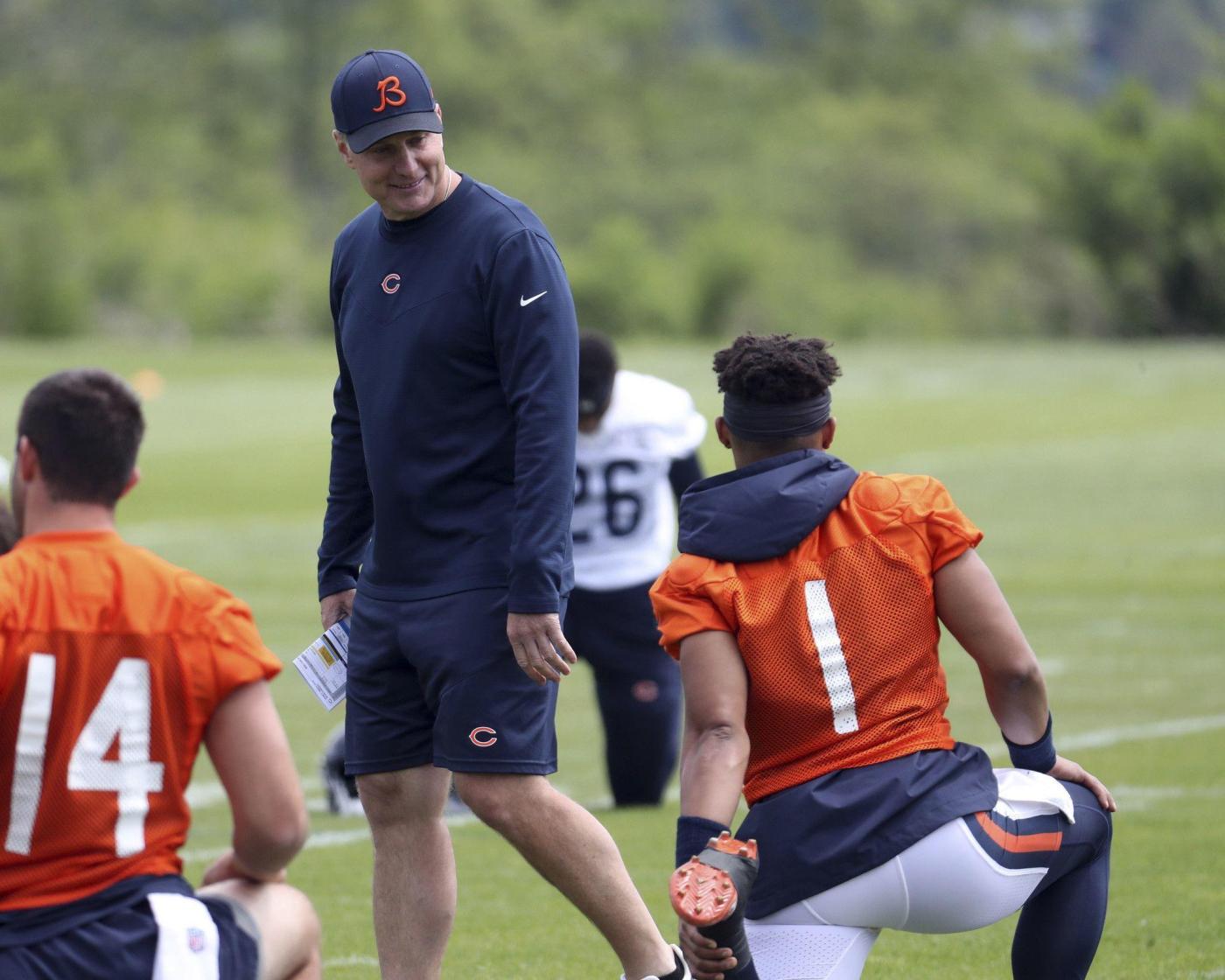 The Chicago Bears were forced to cancel their organized team activities practice Tuesday at Halas Hall after violating the offseason rules of the collective bargaining agreement, according to a league source.

The Bears, according to the source, had live contact during practices in May, which is prohibited during this phase of the offseason program.

That qualifies as a misstep by new coach Matt Eberflus, who was hired to replace Matt Nagy in January. The Bears will suffer a minor punishment as a result.

According to the source, the Bears were observed having practices featuring too much contact last month and were requested to alter their practice activity. Eventually, when proper adjustments weren’t made, the NFL Players Association was asked to get involved and the NFL stepped in, deciding the team was in violation of league rules. As a result, the Bears were required to forfeit one OTA practice.

The Bears sent an email to reporters Monday night saying that the team had made a schedule change and that Tuesday’s open OTA practice and media availability were being moved to Wednesday. There was no indication in the email of why the change became necessary.

The Bears are scheduled to return to practice at 11:45 a.m. Wednesday in Lake Forest during their final week of OTAs. Barring a change, Eberflus will meet with reporters after that practice Wednesday afternoon.

A source indicated the initial violations of the no-contact rules were observed by a players union representative attending a May practice in Lake Forest.

The Bears aren’t the first team to run afoul of the rules governing offseason practice activity. Last year, the Jacksonville Jaguars were forced to forfeit two 2022 OTA practices and then-coach Urban Meyer was fined $100,000 by the league for similar violations.

Dallas Cowboys coach Mike McCarthy and San Francisco 49ers coach Kyle Shanahan also were fined last offseason for crossing the line on what is allowed during spring practices. Shanahan’s 49ers were ordered to cancel their final week of OTAs in 2021. The Cowboys were punished by forfeiting one of their 2022 OTA practices.

Teams can be subject to draft pick forfeiture if multiple violations of the same type occur. In 2016, the Seattle Seahawks were docked a fifth-round pick for violating the rules that restrict contact during offseason practices. Under coach Pete Carroll, the Seahawks had similar violations in 2012 and 2014, which resulted in fines and lost OTA sessions.

Fake electors: Trump aides’ effort to overturn some states’ popular votes in 2020 was so disorganized it didn’t appear planned at first