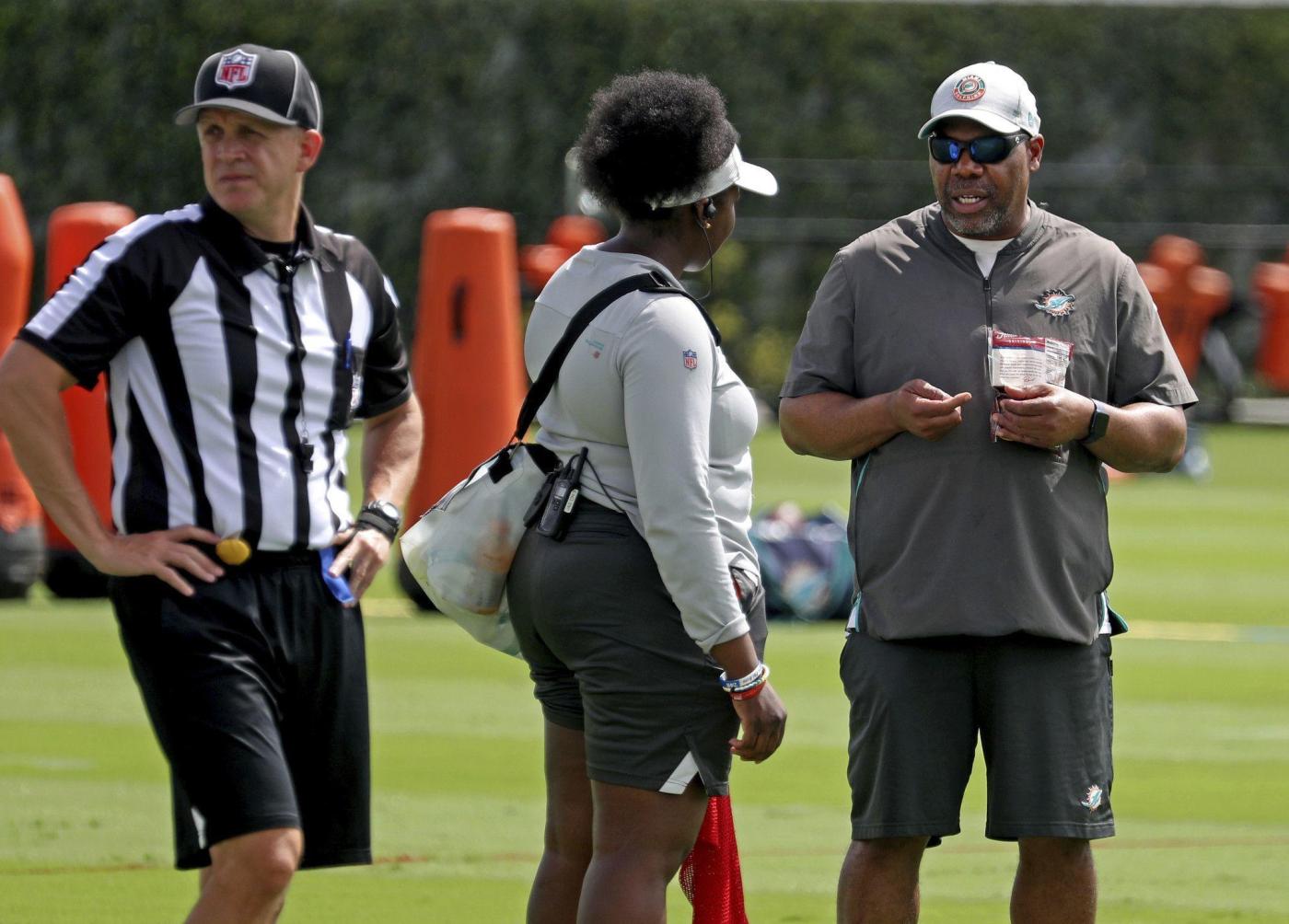 How much of a leap can an NFL player make from Year 1 to Year 2? How about from Year 2 to Year 3?

The answers to those two questions will determine how far the Miami Dolphins’ upstart safety tandem of Jevon Holland and Brandon Jones can catapult this defense.

The versatile duo, known for blitzing more than any other combination of safeties in the league, brings a dynamic aspect that makes returning defensive coordinator Josh Boyer’s unit unique. Holland and Jones, along with veteran rotational safety Eric Rowe, are much more than a traditional last line of defense.

Holland is about to find out what kind of jump he’ll make after going through his first cycle on the NFL calendar, a successful one as an early second-round pick in 2021 out of Oregon. The Dolphins are completing organized team activities this week and will return for training camp in late July.

“I feel like it’s important, yeah. I feel like every year you have to improve,” said Holland, who had 69 tackles, two interceptions, 2 1/2 sacks, 10 passes defensed and a fumble recovery as a rookie. “I don’t know what year it is that I’ll stop getting better every year and I’ll be the best I can be, but right now I’m always on the uphill battle.”

Jones, who now enters his third professional season, already witnessed how much can be gained from a second go-around in the league. He went from a four-game starter as a rookie in 2020 to starting 13 games, mostly alongside Holland, last year.

Jones was in on 76 tackles last season with five sacks, his first career interception, a forced fumble and two fumble recoveries. His five sacks led all NFL defensive backs last season, but just because he holds that distinction, he doesn’t want to be pigeonholed as a safety that merely specializes in rushing the passer.

“I don’t necessarily think that I’m identified as just a blitzing safety, especially with the amount of stuff they have me doing, playing in multiple different positions,” Jones said. “My goal is to obviously branch away from, ‘this guy can only blitz; this guy can’t cover, can’t do this, can’t do that.’ Just trying to find the best way for me to be well-rounded.”

Holland is finishing up the offseason with a holistic mindset to improving his game ahead of training camp.

“I think it was just …read more

A Massachusetts ice cream shop owner is still struggling to retain staff to combat 1-hour lines despite offering an average salary of $20, plus bonuses