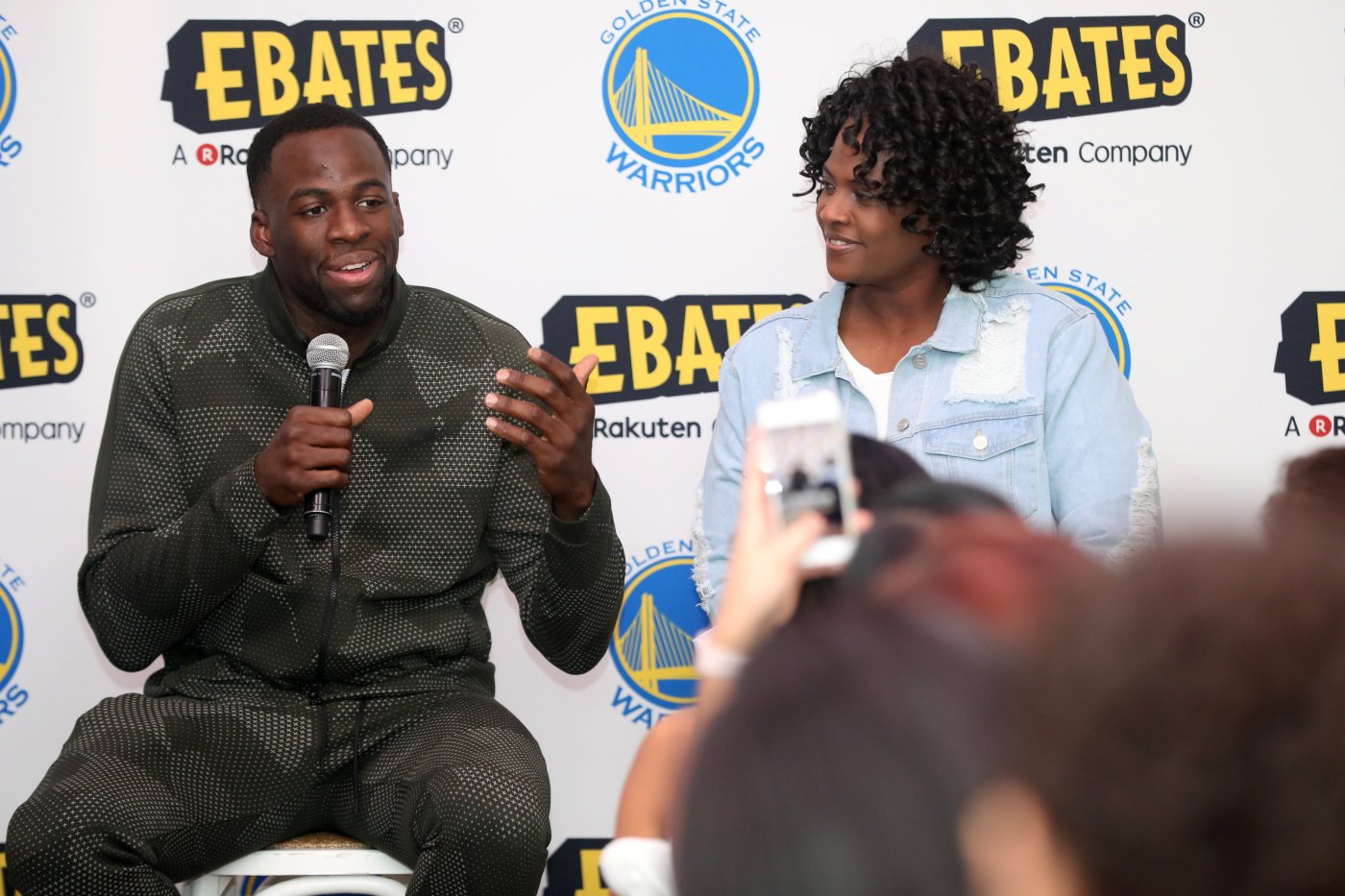 Mary Babers-Green spent years defending her son online, but she’s given up.

Draymond Green, the Warriors’ starting power forward and emotional engine, doesn’t need that anymore. The four-time All Star, two-time Olympic gold medalist and former defensive player of the year is back in the NBA Finals, seeking his fourth ring.

He’s proven enough over his 10-year NBA career that she doesn’t feel the need to stick up for him.

“They can say whatever they want, that’s an opinion, but the black and white is already written,” she said Wednesday on 95.7 The Game’s Morning Roast. “So I don’t say anything anymore. That’s why I’m not on Twitter anymore.”

Babers-Green said she just recently learned who ESPN commentator Kendrick Perkins is, and as for Draymond’s beef with Charles Barkley, her son “can always put up that middle finger and say, ‘It’s a ring, Chuck.’ He can’t deny that. He doesn’t have a ring.”

She says she’s not allowed on his podcast, where he breaks down much of the action around the NBA as part of what he calls the “new media” in which players are taking control of their own narratives.

Green himself has been at the center of discussion across the league this week, which would be natural for any major character on one of two teams left standing. But in typical Draymond fashion, the debate shows have raged on about whether he crossed the proverbial line in Game 2: Did he deserve a second technical foul for a dust-up with Jaylen Brown? Did he get the first technical intentionally so the officials would avoid giving him a second? Is he deep in the Celtics’ heads, or is he teetering on the edge himself?

His mother says she thought his nine-point, seven-assist, five-rebound performance was spot-on.

“I thought he did great, to me. He’s physical,” she said. “We look at basketball today, they’ll say ‘Oh, basketball is soft,’ but then when you play tough, ‘Oh, he’s doing this and he’s doing that.’ I thought it was great. I liked it. Somebody’s got to do it.”

The Celtics have been asked several times over the last couple days about Green’s aggressive play in Game 2, and have largely spoken about the need to stay focused on their own game. Brown said that he knows that Green looks to “muck the game up, pull me, grab me and overall raise the intensity. I feel like they got …read more

Harvey Weinstein to be charged in UK over assault claims