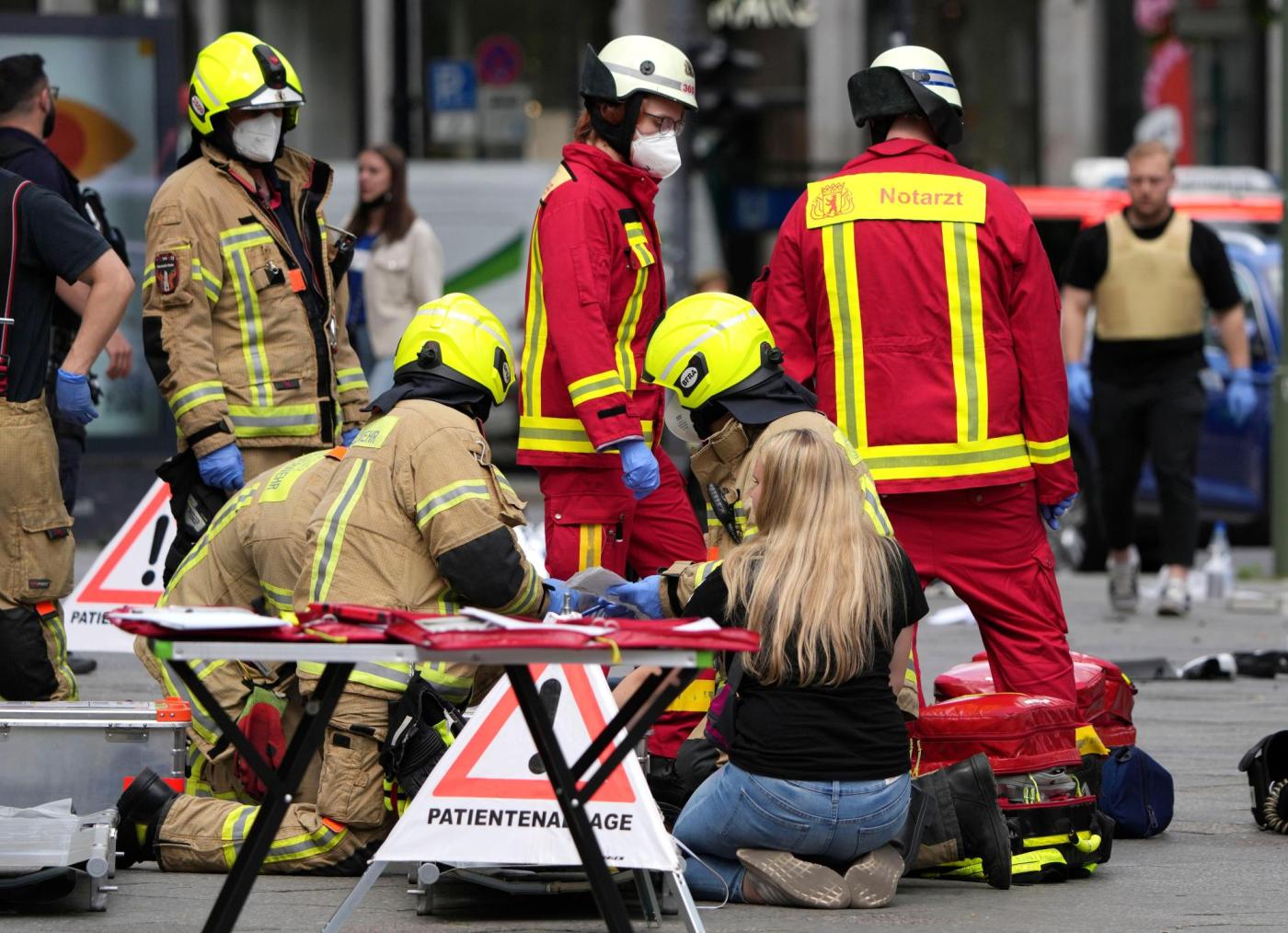 By GEIR MOULSON and FRANK JORDANS

BERLIN (AP) — A man drove a car into a German school group in a popular Berlin shopping district Wednesday, killing a teacher and seriously injuring nine people, authorities said. He was quickly arrested.

The man drove into people on a street corner around 10:30 a.m., got the car back on the road and then crashed into a shop window about a block away, police said. The driver was apparently detained by passers-by and then arrested swiftly by a police officer near the scene.

Berlin’s top security official, Iris Spranger, said the woman killed was a teacher on a trip to the German capital with students from a secondary school in the central German state of Hesse.

Authorities spent hours working to determine whether it was a deliberate attack or an accident. On Wednesday evening, Spranger made it clear on Twitter that authorities now believe it was the former, describing it an “amok act by a psychologically impaired person.”

Six people sustained life-threatening injuries and another three were seriously injured, fire service spokesman Adrian Wentzel. Police said 14 students from Hesse were among those who sustained injuries of varying severity, but didn’t give a total tally.

American-British actor John Barrowman, who was in a nearby store at the time, described the scene as “carnage.”

Police said the driver was a 29-year-old German-Armenian who lived in Berlin. Spranger said posters were found in the man’s car “in which he expressed views about Turkey.” She said there was “no claim of responsibility.”

Spranger told regional public broadcaster RBB that Germany’s domestic intelligence agency had no immediate information on the man and authorities were still checking whether he was previously known to police. He was taken to a hospital.

Berlin Mayor Franziska Giffey said she was “deeply shocked” by the incident, which she said brought back “terrible memories” of a truck attack more than five years ago at the nearby Breitscheidplatz square. An Islamic extremist drove into a Christmas market in 2016, resulting in 13 deaths.

In a 2019 incident in central Berlin, an SUV plowed into a group of pedestrians, killing four people. The driver had suffered an epileptic seizure and veered onto the sidewalk.

A memorial service for the people killed or hurt in Wednesday’s crash was held in the evening at the Kaiser Wilhelm Memorial Church on the Breitscheidplatz, next to the scene of the crash.

Jill Lawless in London contributed to this report.

Reported bike theft is down in Denver, but it’s always on the minds of Front Range cyclists