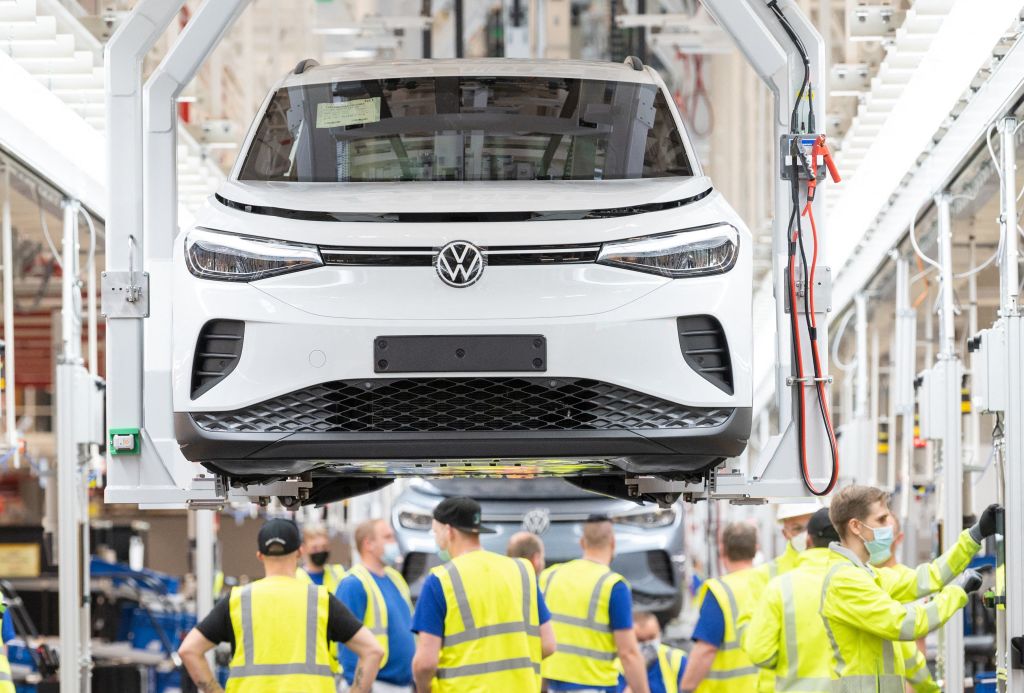 Members of the European Parliament voted Wednesday to ban the sale of new combustion engine cars by 2035, in what would be one of the world’s strongest laws to phase out gasoline vehicles, if approved by the European Council.

While the measure must still be debated by the Council and passed into law, the parliamentary vote is seen as the most crucial step in the process. Full approval will likely mean a dip in sales for hybrid cars and a rapid transition to fully electric models.

The support for the measure comes after a string of rejections of other key climate policies on Wednesday.

A center-right parliamentary faction had voiced opposition to the 100% ban by 2035. Some lawmakers had called instead for a 90% ban, meaning one-tenth of all new car sales could still be combustion engines.

“I’m very relieved and happy with the outcome,” said Dutch lawmaker Jan Huitema, who led in drafting the policy.

The parliament earlier rejected three other key proposals, including its centerpiece policy to reform its carbon market.

German lawmaker Peter Liese had told journalists earlier Wednesday that his center-right EPP group did not support the 100% ban, adding that combustion vehicles could still be useful, should technology around low-carbon synthetic fuels improve over time.

“We don’t think that politicians should decide if the electric vehicles or synthetic fuels are the best choice. I personally believe that most consumers will buy an electrical car if we give them the necessary infrastructure and that’s what we need to do,” he said.

He added that it was possible combustion cars using synthetic fuels could in the future become more competitive than electric vehicles. They may also be more realistic for many developing nations in Africa and Asia — which buy European cars — particularly if those countries are unable to move to renewable energy-based economies in the next few decades, Liese said.

The Commission first announced a plan to phase out combustion engine cars in August last year. To facilitate the shift to electric cars, the Commission said it would require the 27 EU member states to expand vehicle charging capacity. Charging points will be installed every 60 kilometers (37.3 miles) on major highways, and the minimum tax rate for gasoline and diesel fuel will be hiked.

The auto industry plays a vital role in Europe’s economy, accounting for 7% of gross domestic product and supporting 14.6 million jobs in the region. …read more

NBA Legend Sends Celtics a Strong Message Ahead of Game 6