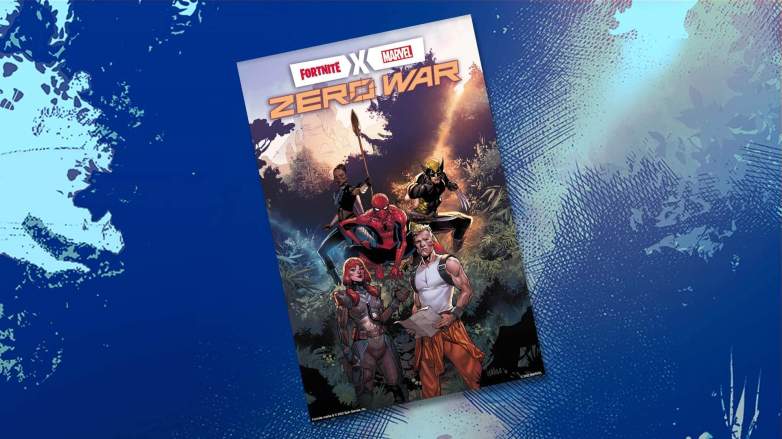 A new Fortnite season has arrived and with it has come a new comic book tie-in series.

This time around it’s Marvel’s turn to play in the Fortnite universe. Although we’ve already seen a small tie-in with the Nexus War back in Chapter 2, Marvel hasn’t gotten a chance to get a miniseries of their own.

Following in the footsteps of Batman/Fortnite: Zero Point, Marvel has its own five-issue miniseries. Instead of seeing DC Comics characters like Batman and Catwoman, we’re instead in Marvel’s playbox with names like Spider-Man, Shuri and Wolverine showing up.

If you purchase the comic books, you’ll not only get to experience the story as it plays, but you’ll also get some cosmetics in Fortnite. The first issue comes with the Spider-Man Zero Outfit, so you’ll have to pick that up if you want the skin.

How to Get Fortnite x Marvel Zero War

To get the code, you’ll need to pick up a copy of the issue. You can do this easily by heading over to your local comic book store. If you don’t know where that is, you can find out by entering your zip code here.

If your store doesn’t have any issues or if there isn’t one nearby, you can always order a copy online. A popular option for many people will be Midtown Comics, but there are plenty of other options out there if you look around.

Each issue will come with a cosmetic, so it can help to know the release dates. Here’s when you’ll have to head out to your comic stores:

If this series follows in the same footsteps as the Batman series before it, you’ll be able to get all of the cosmetics in one collection once the trade comes out.

If you’re somebody who doesn’t want to purchase any comics, then you’ll be able to pick up most things in the Item Shop at a later date.

The Outfit, Pickaxe and Wrap will all be available in the Item Shop eventually, but the loading screen and spray will be comic book exclusive. For most people the Item Shop releases will be enough, but you will have to spend V-Bucks to get them.

Buying every issue of the comic …read more

How to Get Spider-Man Zero Outfit in Fortnite

Virgin Atlantic received 5,000 applicants for 400 jobs, according to its CEO