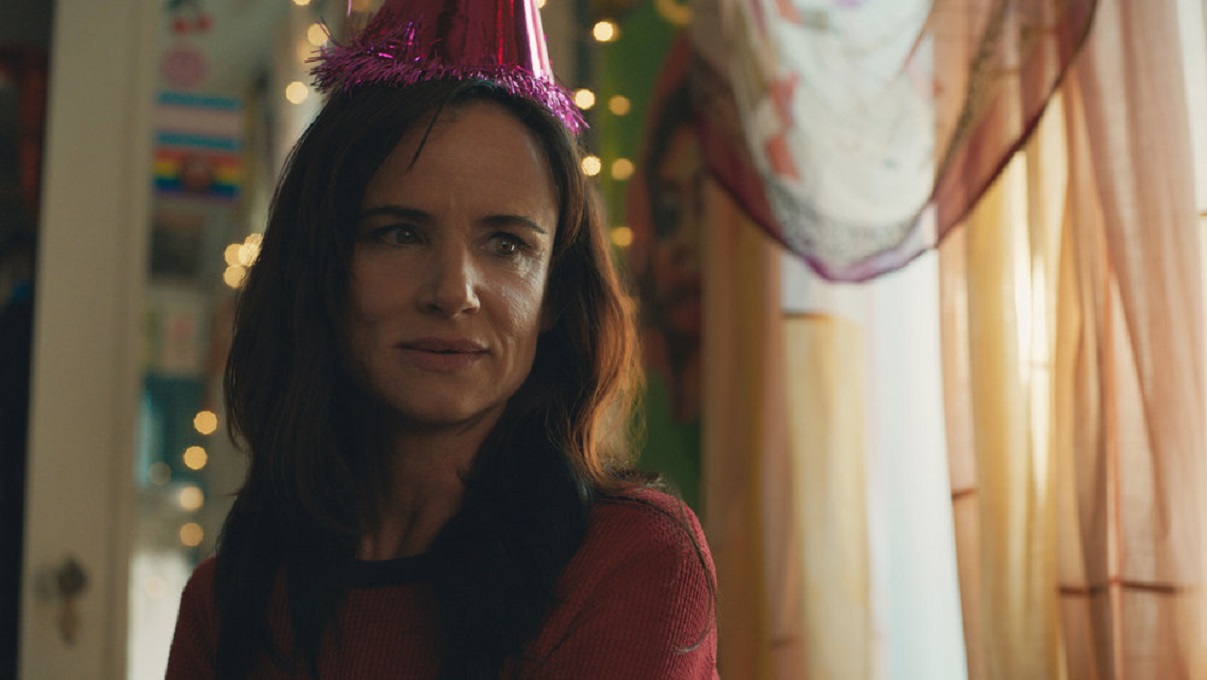 Hollywood movie star Juliette Lewis is a busy woman. After the success of the first season of Yellowjackets, the creepy survival series with Christina Ricci, Lewis is now promoting the new Peacock series Queer As Folk with Kim Cattrall (Sex and the City).

When Lewis went on The Late Late Show with James Corden, the gorgeous and talented actress rocked a one-shoulder yellow mini-dress with “draped peplum and broach embroideries” by designer Reem Acra.

Peplum, btw, is the gathered strip of fabric attached at the waist of her dress, “to create a hanging frill or flounce.”

Her fans can’t enough of the look. As one wrote: “Just babin’ all over town.”

And for the Queer As Folk premiere, Juliette turned heads in a sheer glitter full-length gown, see above.

Queer As Folk is streaming June 9 on Peacock.

How do moves elsewhere on NBA Draft night impact the Warriors?