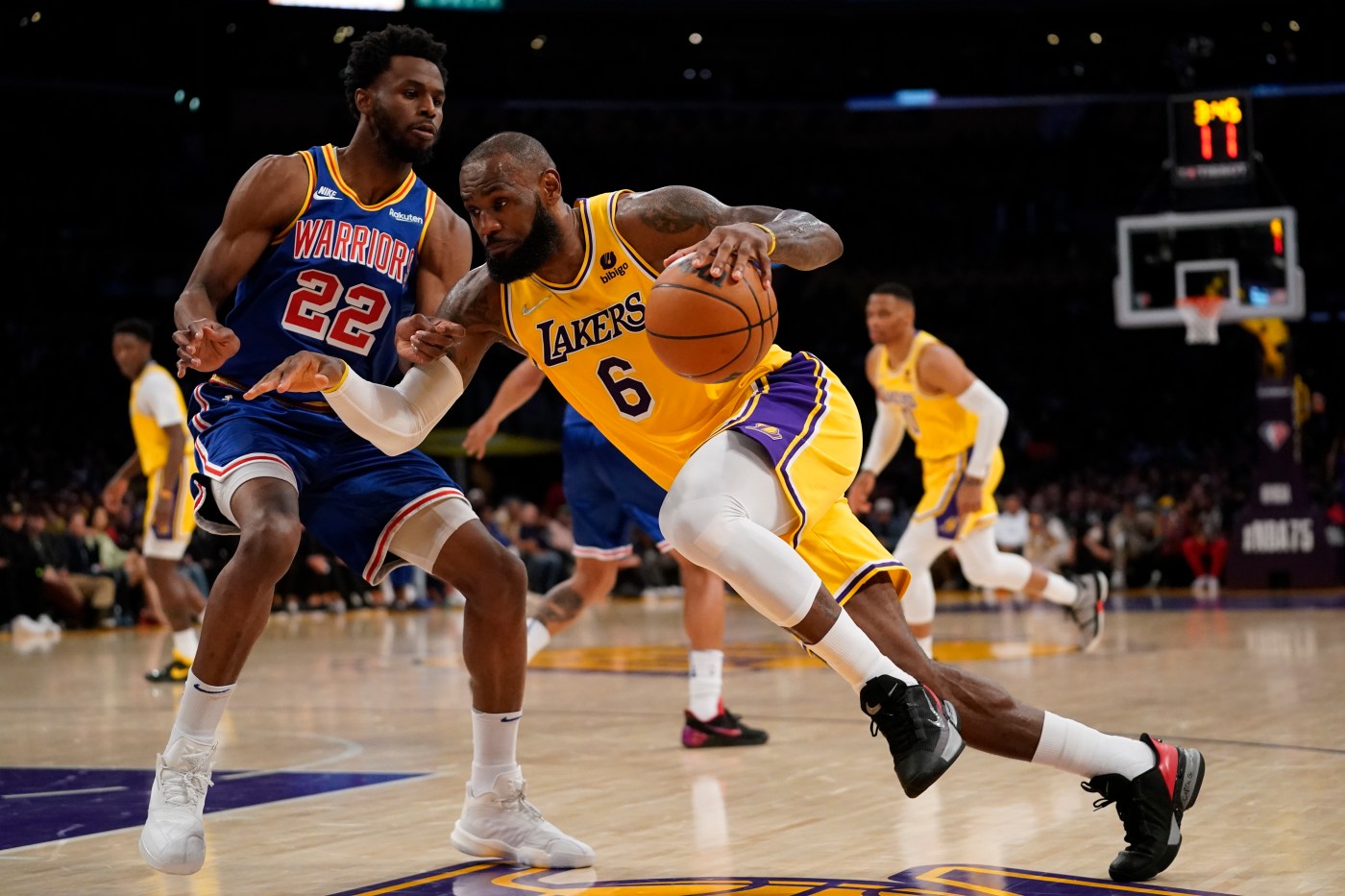 LeBron James has rarely been outside the spotlight in his life.

So it must feel a bit strange for him to be at home throughout these playoffs, rather than playing in front of thousands of fans. In fact, James has only played six playoff games in front of fans since joining the Lakers in the summer of 2018: He didn’t feel the rush of the crowd during Los Angeles’ 2020 title run, thanks to COVID forcing the NBA into a bubble environment.

The Warriors are firmly in the limelight, squared 1-1 with the Celtics in the NBA Finals. That’s where James wants to be, and he admitted as much in the trailer for the new episode of The Shop, his barbershop-based roundtable show.

At this point, James’ mention of the Warriors has to be a sign of desperation, a call for attention or a comedy bit.

James may not always speak in perfect soundbites, but he is calculatingly aware of his public perception. He knows that mentioning a desire to play with Steph Curry is going to get the basketball internet churning, as he did earlier in this season of The Shop. (Curry’s response? “I’m good.”)

“I would love getting into a pissing match with Draymond (Green),” James said in the clip. “I love when somebody cusses me out.”

Kurtenbach: The chip on Draymond Green’s shoulder could bring the Warriors another ‘ship

If that sounds familiar, it’s because it happened for four straight NBA Finals between 2015 …read more

A Bay Area man’s body was found bound and gagged by the side of a road. Nine months later, DA charges three with kidnapping and murder

Inflation could hit 9% — and prices increases would have been ‘partially avoidable’ if the Fed had acted sooner, top economist Mohamed El-Erian says