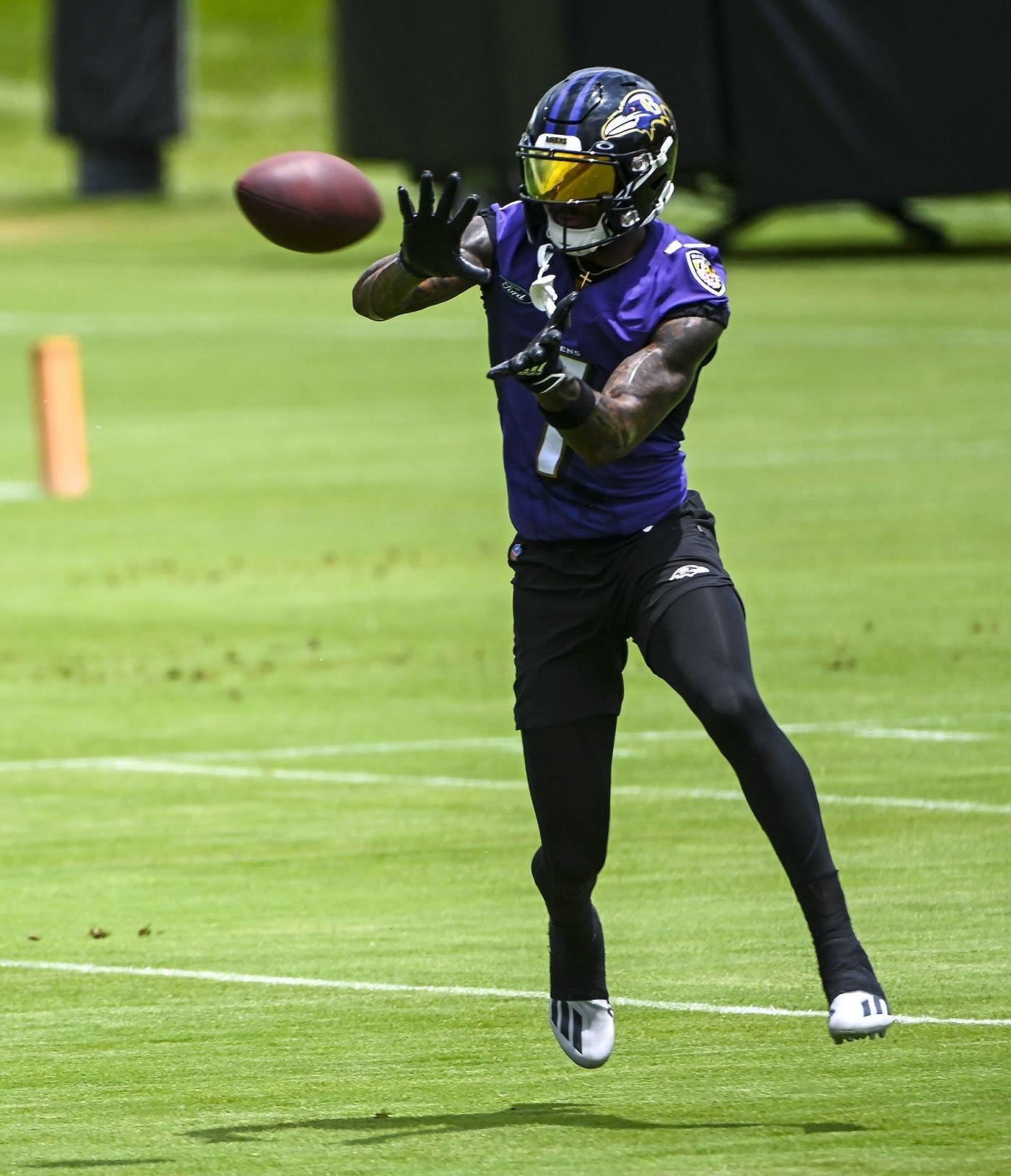 By the end of voluntary practice Wednesday, the situation with the Ravens’ tight ends had become more complex. It’s a good problem to have when Greg Roman is your offensive coordinator.

On a day when the Ravens’ passing game was downright awful and more defensive players had touches than receivers because of knocked down passes, rookie tight end Charlie Kolar had two exceptional catches over the middle. On both receptions, he had to reach up and haul in overthrown passes, which forced him to get every inch out of his 6-foot-6, 250-pound frame.

According to coach John Harbaugh, Kolar, a fourth-round draft pick out of Iowa State, had two similar catches the day before. Being a downfield threat is one of the reasons the Ravens selected Kolar. They wanted another tight end to complement starter Mark Andrews, and they might have found one.

The problem right now is that Kolar hasn’t shown he is a good blocker, something Andrews also struggled with as a rookie four years ago. Isaiah Likely, another rookie tight end selected in the fourth round out of Coastal Carolina, is a better blocker than Kolar, but the Ravens might have too many at the position with the possible return of Nick Boyle, who has struggled to get on the field the past two seasons while recovering from a knee injury.

Harbaugh says Boyle is lighter and quicker, but his forte is blocking in the Ravens’ run-heavy scheme. Training camp doesn’t start until late July, so the Ravens have plenty of time to figure out an arrangement.

“I expect a lot of production from those guys,” Harbaugh said. “There’s a lot of depth. It’s going to be interesting. They’ll function as receivers in one sense or another a lot of times, too. So, they’re good receiving tight ends, they’re blocking. I’m excited to see them when the pads come on. They’ve looked good so far, all of them.”

When you watch the defensive line hit in sled work, third-year defensive tackle Justin Madubuike stands out because he might be the fastest and most explosive off the snap.

Madubuike has done a lot of things well in his first two seasons — including losing weight. He has always been quick and has been one of the few linemen who can penetrate and disrupt running plays. Madubuike started 11 of 15 games last season and finished with 36 tackles and a pair of …read more

Michael Kopech feels ‘no pain’ in his return, but 2 homers power the Houston Astros past the Chicago White Sox