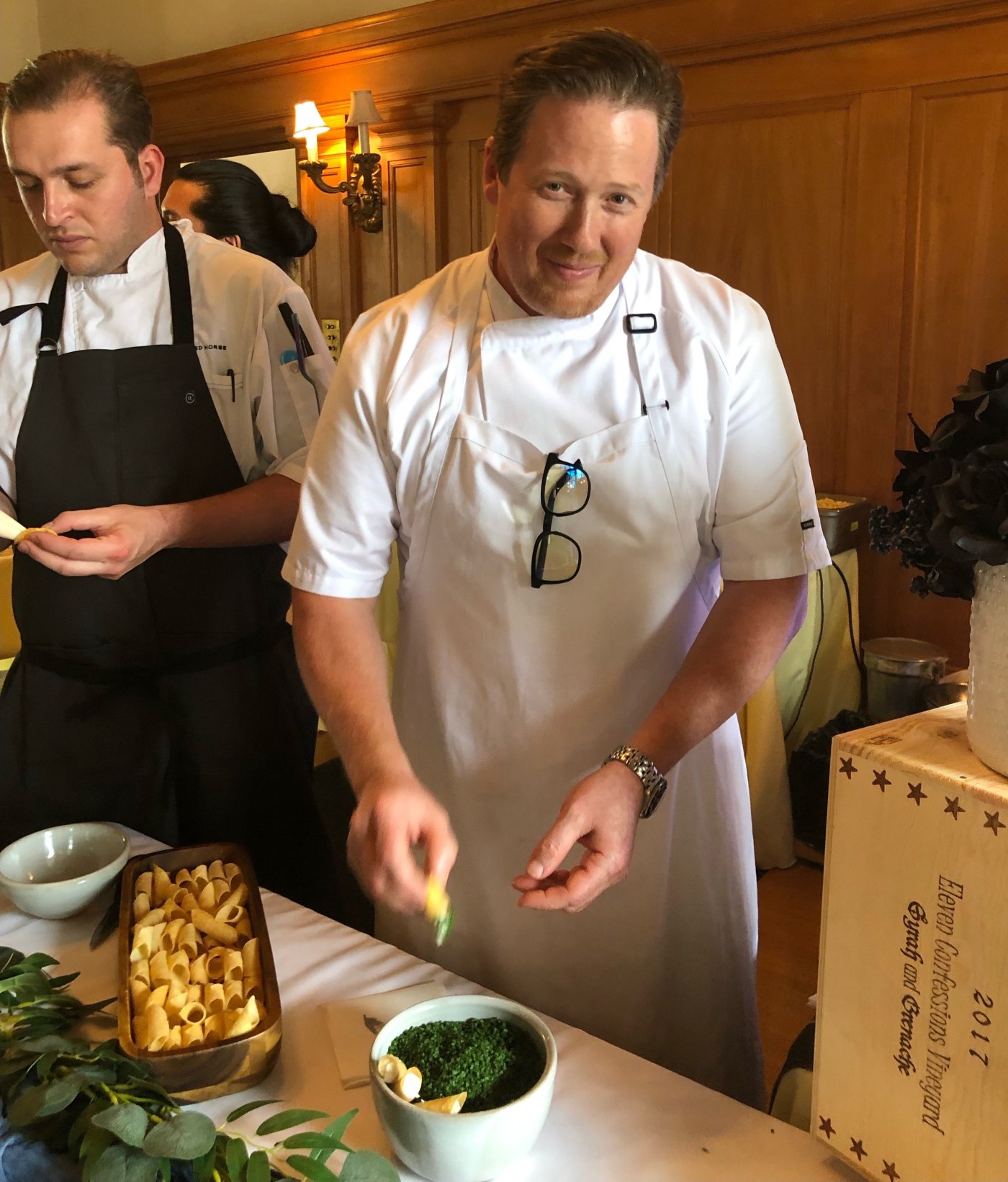 Growing up in the Hudson Valley on the East Coast, we had the Vanderbilt Estate, the Roosevelt Library, the Mills Estate and Olana, all elaborately appointed and seasonally decorated. They took you instantly back in time to a more formal, ornate age. Saratoga’s Montalvo Arts Center does the same.

With its Italianate villa, the estate makes an ideal setting for the Art of Food & Wine, an annual fundraiser to help continue the mission of educating and inspiring Bay Area youth and hosting visual and performing artists through its residency program. And let’s not forget the concerts and art exhibits.

An immediate sellout after a two-year lapse, the June 5 event brought together favorite Silicon Valley restaurants and some of the finest local wineries and raised more than $500,000 for Montalvo’s operations budget.

It was great to see Big Basin Vineyards, Cooper Garrod, House Family, J. Lohr, Kathryn Kennedy, Kings Mountain, Left Bend, Wrights Station and Ridge, but there could have been more. Missing were Fogarty, Loma Prieta Winery and Mount Eden, not to mention Testarossa, and Perrucci Cellars.

Culinary kudos to Scott Cooper of Le Papillon with his exquisite King crab with creamy corn custard dish that paired nicely with the Grgich chardonnay; Peter Armellino of Plumed Horse with his mini cannoli of smoked sturgeon caviar and chives; Kevin Lam of Pasta Armellino (with locations in Cupertino, Campbell and Saratoga), who spooned a gemelli pasta dish from a carved-out wheel of parmesan; and Alexander’s Steakhouse, whose relatively new executive chef Eric Upper served a seared Wagyu tip atop toast point with strawberry jam, for a taste close to foie gras.

Outside on the balcony overlooking the manicured lawn, where concerts are happening again, the crew from Chez TJ, with executive chef Charles Buelow, were working on their day off. They seared a beef and lamb slider with secret Darbari ketchup over a live fire grill, which created a smoky atmosphere. Aurum Indian Bistro, with owner and executive chef Manish Tyagi, offered a tempting Medu Vada (lentil and veggie stew) with coconut and tomato chutney.

Soquel favorite Brad Briske of HOME was serving up pan-seared gnocchi in decadently browned butter, which was a nice match for the 2013 Kings Mountain pinot noir from the Markkula estate in Woodside. Speaking of pinot, the 2019 FEL Anderson Valley pinot noir made and poured by winemaker Sarah Green, who represented Cliff Lede, was fantastic.

Inside, The Sea by Alexander’s executive …read more

The average cost of travel insurance by trip cost and destination

Former Towson running back Darius Victor is one of the best players in the USFL. It’s all because he ‘kept the faith.’