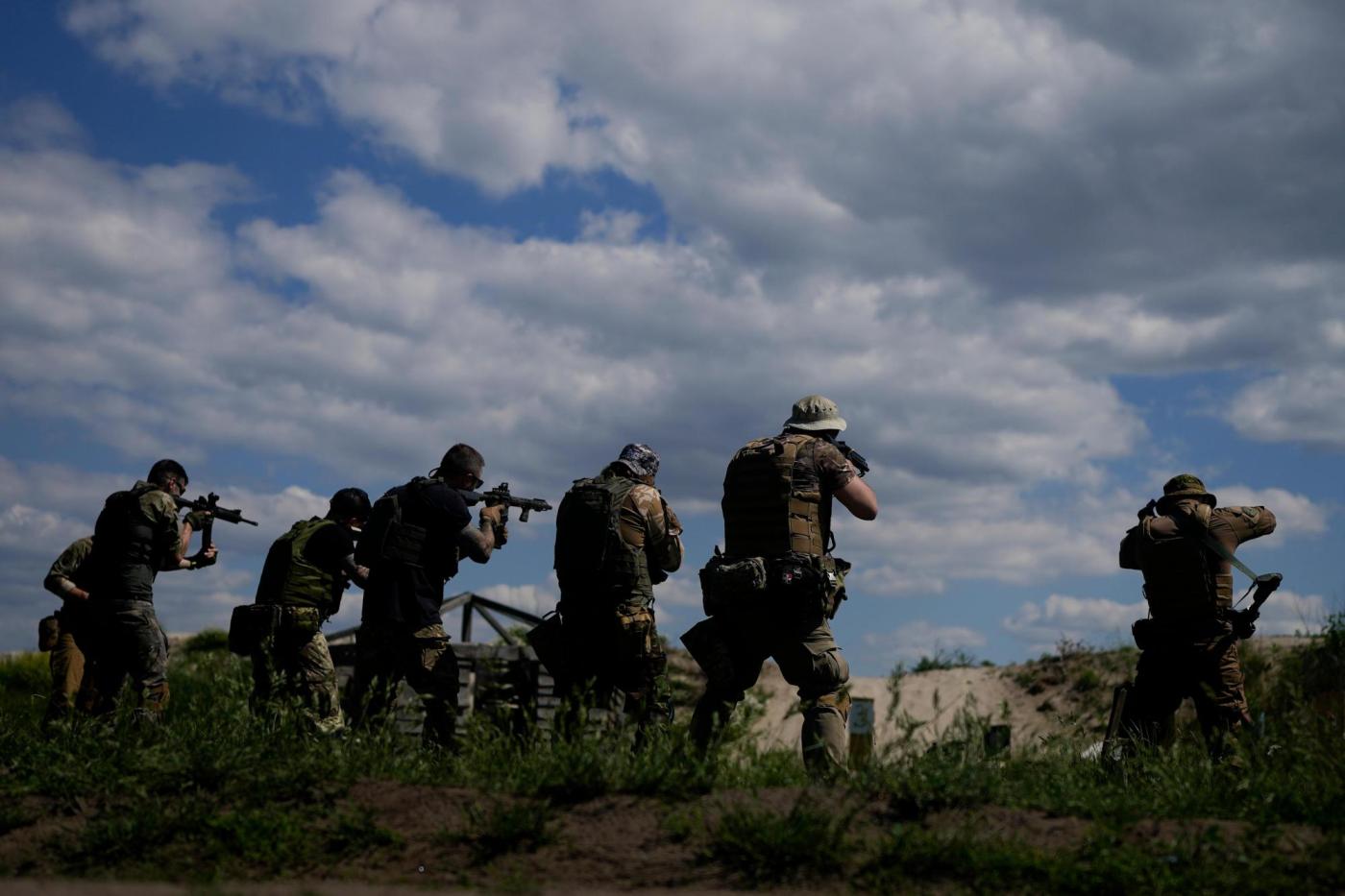 By BERNAT ARMANGUÉ and YURAS KARMANAU

BAKHMUT, Ukraine (AP) — Workers pulled scores of bodies from smashed buildings in an “endless caravan of death” inside the devastated city of Mariupol, authorities said Wednesday, while fears of a global food crisis escalated over Ukraine’s inability to export millions of tons of grain through its blockaded ports.

At the same time, Ukrainian and Russian forces battled fiercely for control of Sievierodonestk, a city that has emerged as central to Moscow’s grinding campaign to capture Ukraine’s eastern industrial heartland, known as the Donbas.

As the fighting dragged on, the human cost of the war continued to mount. In many of Mariupol’s buildings, workers are finding 50 to 100 bodies each, according to a mayoral aide in the Russian-held port city in the south.

Petro Andryushchenko said on the Telegram app that the bodies are being taken in an “endless caravan of death” to a morgue, landfills and other places. At least 21,000 Mariupol civilians were killed during the weeks-long Russian siege, Ukrainian authorities have estimated.

The consequences of the war are being felt far beyond Eastern Europe because shipments of Ukrainian grain are bottled up inside the country, driving up the price of food.

Ukraine, long known as the “bread basket of Europe,” is one of the world’s biggest exporters of wheat, corn and sunflower oil, but much of that flow has been halted by the war and a Russian blockade of Ukraine’s Black Sea coast. An estimated 22 million tons of grain remains in Ukraine. The failure to ship it out is endangering the food supply in many developing countries, especially in Africa.

Russia expressed support Wednesday for a U.N. plan to create a safe corridor at sea that would allow Ukraine to resume grain shipments. The plan, among other things, calls for Ukraine to remove mines from the waters near the Black Sea port of Odesa.

But Russia is insisting that it be allowed to check incoming vessels for weapons. And Ukraine has expressed fear that clearing the mines could enable Russia to attack the coast. Ukrainian officials said the Kremlin’s assurances that it wouldn’t do that cannot be trusted.

European Council President Charles Michel on Wednesday accused the Kremlin of “weaponizing food supplies and surrounding their actions with a web of lies, Soviet-style.”

While Russia, which is also a major supplier of grain to the rest of the world, has blamed the looming food crisis on Western sanctions against Moscow, …read more