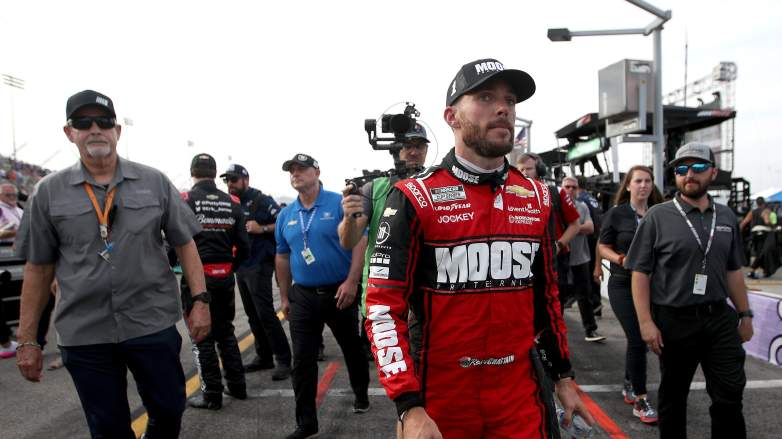 NASCAR officials have weighed in about the incidents at World Wide Technology Raceway that started with Ross Chastain and Denny Hamlin before including Chase Elliott. The SVP of Competition says the sanctioning body will let the drivers “handle it” while continuing to monitor the situation.

Scott Miller made the comments during an appearance on SiriusXM NASCAR Radio. He explained that there were some moments on the track that “annoyed” the officials in the tower. Though Miller noted that neither Hamlin nor Elliott blatantly tried to take out Chastain after two previous incidents. Miller also clarified that he and the officials have not yet spoken to Hamlin, Elliott, or Chastain.

While Scott Miller admitted that #NASCAR “[doesn’t] like to see” the Hamlin/Chastain beef wind up with on-track shenanigans, he said they’ll let the drivers settle things.

💭 “We kind of have to let them handle it on their own […] at least we didn’t see a blatant takeout.” pic.twitter.com/Gc9adV91AY

“I mean, certainly we don’t like to see things like that, but there’s a certain amount of… we kind of have to let them handle it on their own somewhat,” Miller told SiriusXM NASCAR Radio. “And what we saw — while we were annoyed by it — there was no real contact. Neither one.

“I mean, they tried to make life miserable for Ross, we all witnessed that. But at least we didn’t see a blatant take-out or anything like that. And it was obvious from Ross’ post-race comments that he’s made some mistakes out there and wants to make it right, but it’s kind of up to those guys to sort it out and how it moves forward from there.”

A Meeting Remains a Possibility for NASCAR Officials

While Miller and the officials are currently letting the situation play out, there is a scenario where the drivers get called to the hauler. If it happens, it will most likely be after the situation calms down. Though Miller said that NASCAR will call Hamlin or any other driver to the hauler earlier if necessary.

NASCAR Officials Weigh In on Denny Hamlin vs. Ross Chastain