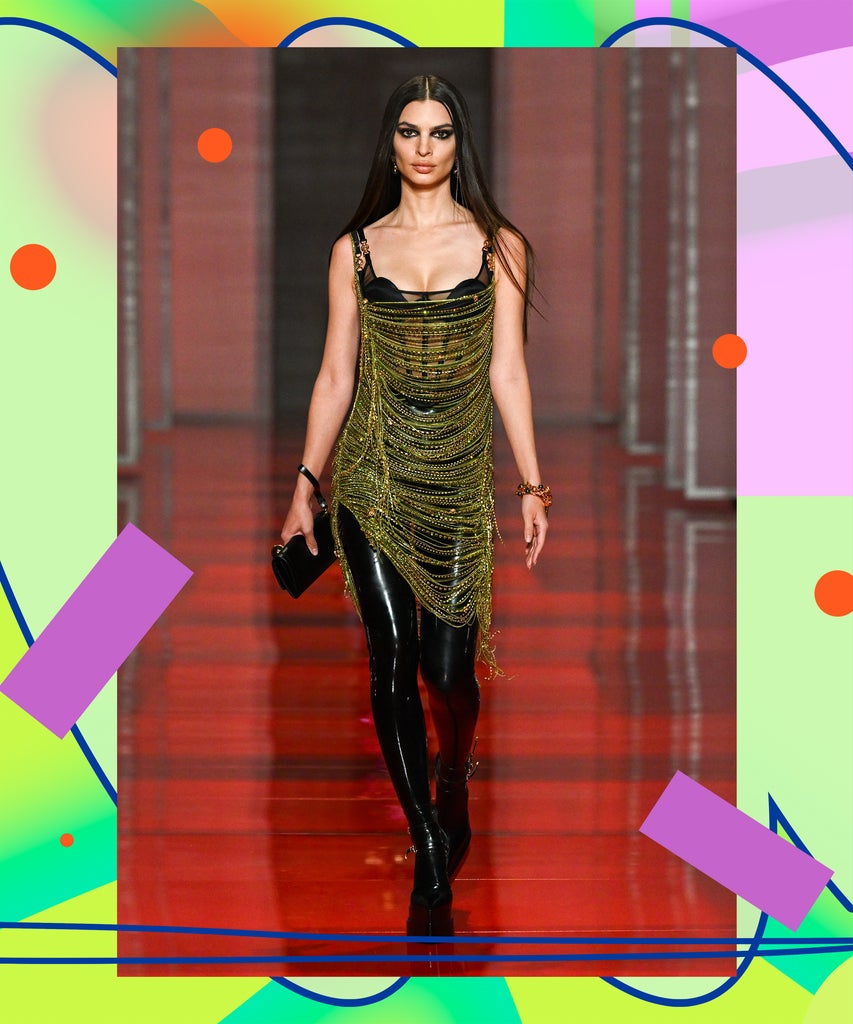 The summer fashion trends of the past few years have made visible underwear as common as a white tank top. From the naked dress look to whale tails and peeking boxers, the options to flash your intimates are endless. This season, designers have offered yet another underwear-as-outerwear trend: peeking bras.

If you’re thinking of Carrie Bradshaw’s early 2000s outfits, it’s not as simple as showing off your bra straps. Nor does it require scissors, a la Mean Girls’ Regina George. This look actually consists of layered neckline details that just give the illusion of a peeking undergarment.

For reference, check out the Versace fall 2022 collection, which included bustier dresses with embroidered bra-like detailing; the Valentino fall 2022 lineup that featured a black flowy dress with a neckline resembling brassiere pads; and Giambattista Valli spring 2022 runway that sent out strapless dresses that revealed a bralette-like neck.

This trend has made its way to the red carpet, too: Vanessa Hudgens wore a scarf top with bra cup detailing at the 2022 MTV Movie Awards, while The L Word’s Sarah Shahi sported a Nensi Dojaka black dress with a layered bra neckline. Meanwhile, Kylie Minogue wore a black Versace dress with a corset top that revealed a bedazzled bra underneath at the 2022 Cannes Film Festival.

With the Y2K fashion revival (which also gave permission for the comeback of thong pants) the sartorial protagonist of 2022, it’s only natural that “naked dressing” continues to evolve. Unlike the whale tail though, the trend has grown up with the rest of us. Instead of visible bra straps and questionable DIY cut-outs, designers are elevating the peeking underwear trend to a look that’s actually wearable outside of the house. It’s also more comfortable than an exposed thong flossing your backside.

If you’ve been waiting for a way to sport visible underwear, consider this new version a foolproof and party-ready way to do it. Hot Girl Summer calls.

At Refinery29, we’re here to help you navigate this overwhelming world of stuff. All of our market picks are independently selected and curated by the editorial team. If you buy something …read more

Peeking Bras Are The Wearable Alternative To Thong Pants

Josh Duggar’s Appeal: Is There Any Chance His Conviction Will Be Overturned?

Joe Giudice to Teresa: Can I Bang Your Sister-In-Law?