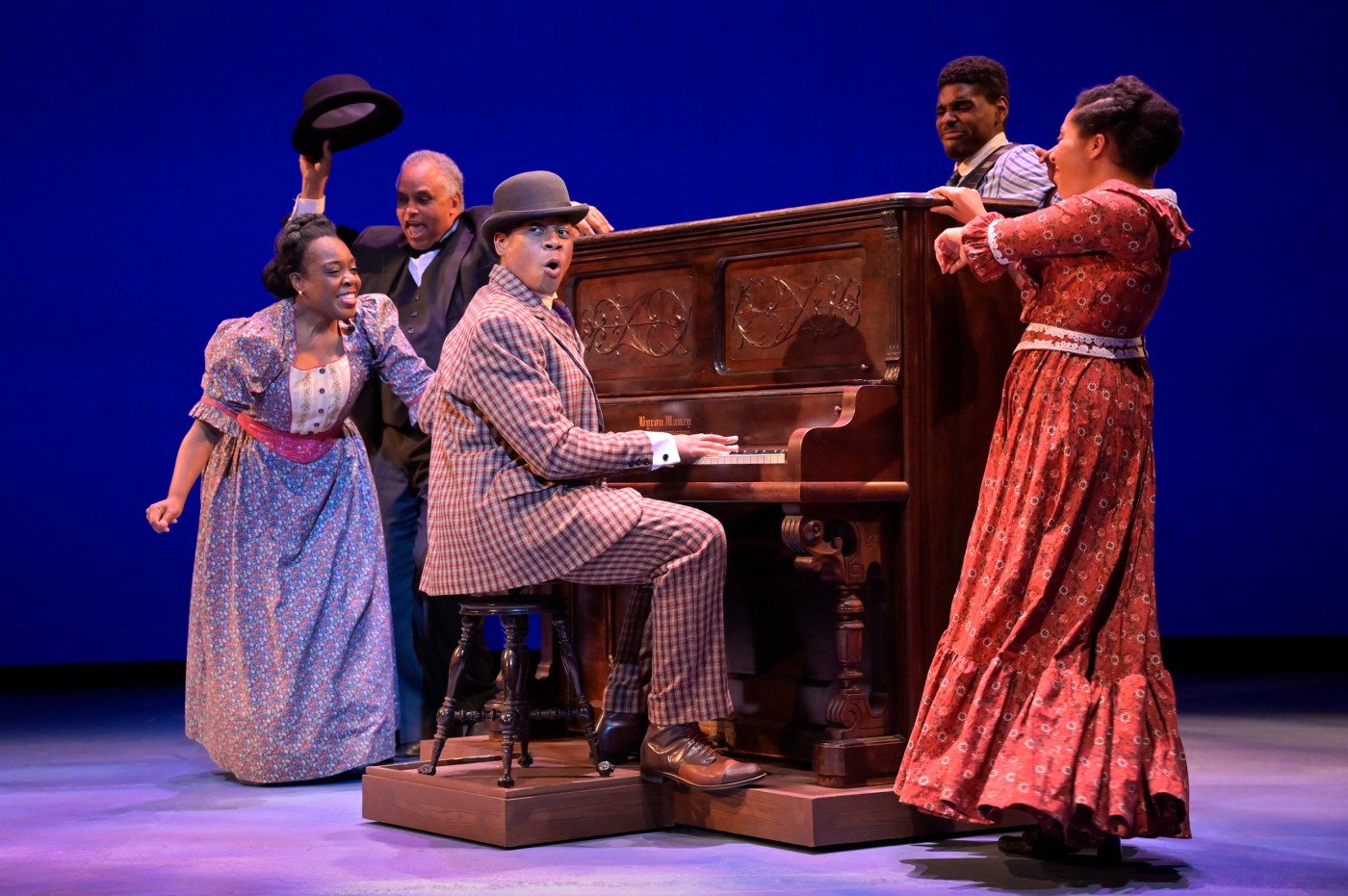 In the earliest moments of the musical “Ragtime,” the sounds of celestial divinity pierce the ear, audile candy offered in the form of rich, intricate harmonies.

Different odes to the various storylines are represented in the musical’s scintillating prologue that foreshadows the triumph and heartache of America at the turn of the 20th century.

It is divine music when performed live, but also jubilant within the original 1998 Broadway cast album featuring legends Audra McDonald, Marin Mazzie and Brian Stokes Mitchell. Yet despite the rapturous luminosity that often permeates the show within its nearly three-hour run time, a TheatreWorks Silicon Valley revival now playing in Mountain View exposes some critical conundrums in the narrative, bringing forth dynamics that have aged poorly.

The company’s production was a casualty of the pandemic in March of 2020, only making it through Week 2 of rehearsals before being shelved. The show has roared back, fully lush in voice, fluidity and design, stewarded neatly by former TheaterWorks artistic director Robert Kelley.

While the Easter eggs of the show come in the form of many historical figures interspersed throughout Terrence McNally’s fine, Tony Award-winning book, the core of the story revolves around three families living firmly in their respective social castes. There is the family from suburban New Rochelle, N.Y., who enjoy a world devoid of racial diversity. Yet Mother (Christine Dwyer) carries a strong moral and social conscience that is tested constantly. Another group is the Harlemites — the insanely handsome and talented ragtime musician Coalhouse Walker, Jr. (Nkrumah Gatling) and his lovely lost love Sarah (Iris Beaumier), who faces a difficult struggle trying to raise her small child. Finally, the Latvian immigrant Tateh (Leo Ash Evens) enters the United States through Ellis Island, with his young daughter and upstart, business acumen in tow.

McNally’s work here, adapted from E.L. Doctorow’s 1975 book of the same title, provides many riches and some uncomfortable truths and exposes prescient parallels that hit hard in modern times, making 2022 and 1908 feel way too close. There is certainly hope for the fresh-faced immigrants who now occupy the ever-evolving United States, a land still ripe with promise and possibilities.

While Mother constantly works to justify her decision to take in a Black family to her husband, the self-absorbed, thrill-seeking and unaccommodating Father (Noel Anthony), Tateh takes on a tact that is ripped right out of American lore. He is a man who sells silhouettes with …read more

Review: ‘Ragtime’ gets brilliant, if puzzling, revival at TheatreWorks

80 years after an unprecedented attack, Australia is having run-ins with another rival close to home