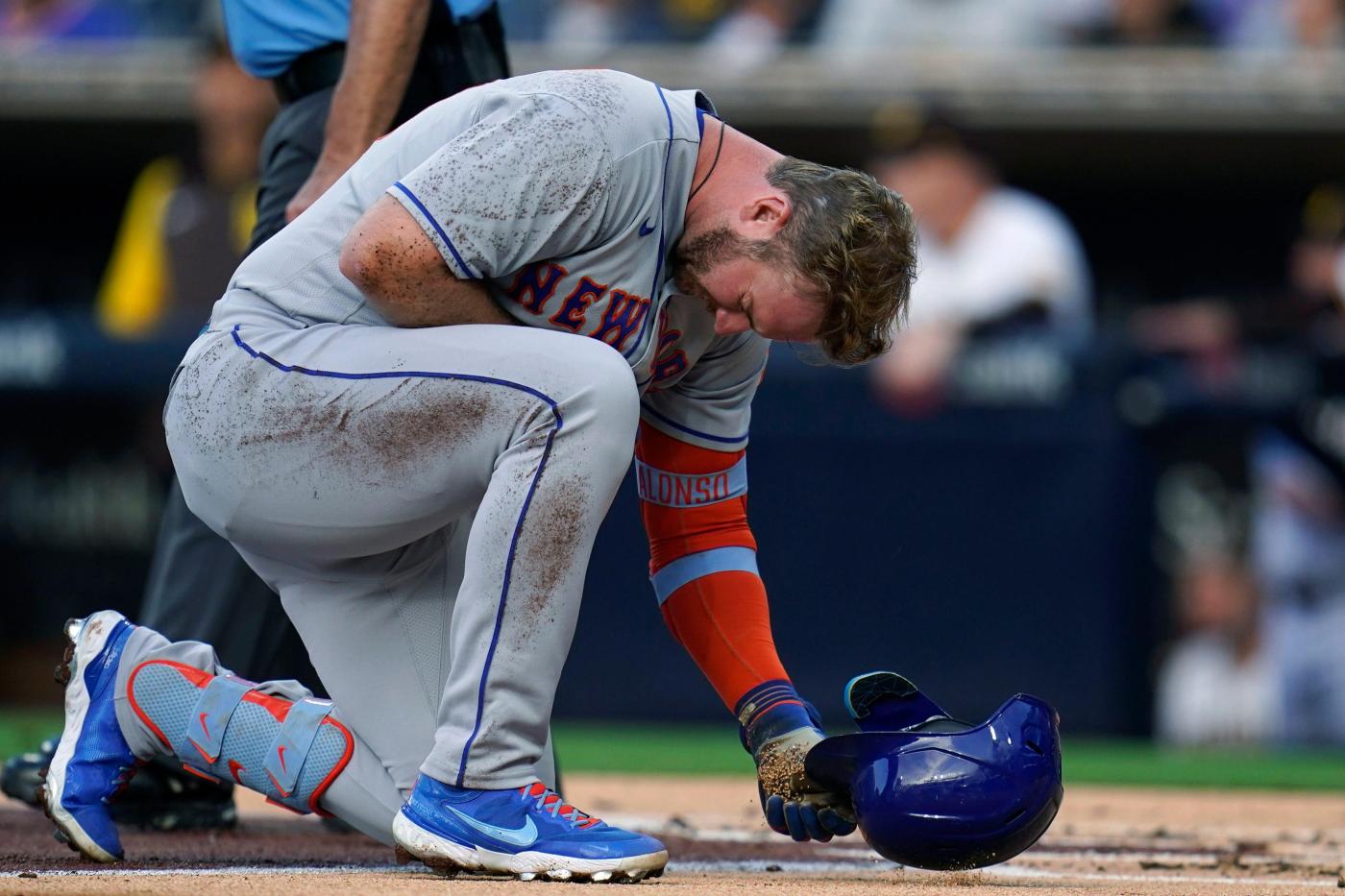 Twenty-eight players have been hit by at least four pitches during the 2022 Major League Baseball season.

Five of them play for the Mets.

What started as a quirky but painful oddity is no longer funny. The Mets started the season by getting hit 18 times in the first 19 games, putting them on pace to shatter the single season mark. Entering play on Wednesday, they’ve been dotted up 40 times in 58 games, still putting them on pace to break the record of 105 hit by pitches set by last year’s Reds.

In late-April, as the hit-by-pitch barrage showed no signs of slowing down, Mets manager Buck Showalter said, “It’s painful, and it’s also scary. You got less than a second to react.”

That must be how the team felt on Tuesday night as yet another pitch struck a Mets’ batter. Unfortunately, this time the pitch could have a much bigger impact than helping the team chase a record they do not want. Yu Darvish’s 95 mile per hour sinker bit Pete Alonso on the right hand, taking the Mets’ All-Star first baseman out of the game and potentially out of several others moving forward.

When Showalter answered a reporter’s question about Alonso only missing a few games with, “I love your optimism but I don’t share it at this point,” he certainly hinted that this could be a major blow for the surging Mets. Though initial x-rays didn’t show a fracture or break, Alonso looked to be in excruciating pain, as one would expect after getting hit by a baseball moving that fast.

Of the five Mets that have been hit at least four times — Alonso, Brandon Nimmo, Mark Canha, Starling Marte and Francisco Lindor — three of them have a track record of getting regularly drilled. Nimmo led the league when he was hit 22 times in 2018, a dubious distinction that also earned him the Mets’ single-season record. Marte once had 24 pitches burrow in on him while playing for Pittsburgh in 2013. The veteran outfielder has played six different seasons with double-digit HBP totals. Since 2018, Canha has been hit by the post pitches of anyone not named Anthony Rizzo, the human target that turned getting nicked into an art form. Last season, Canha’s 27 hit by pitches led the major leagues.

Editorial: Abortion fight is far from over for Californians

Best way to ease pain at the pump is to slow down: Roadshow