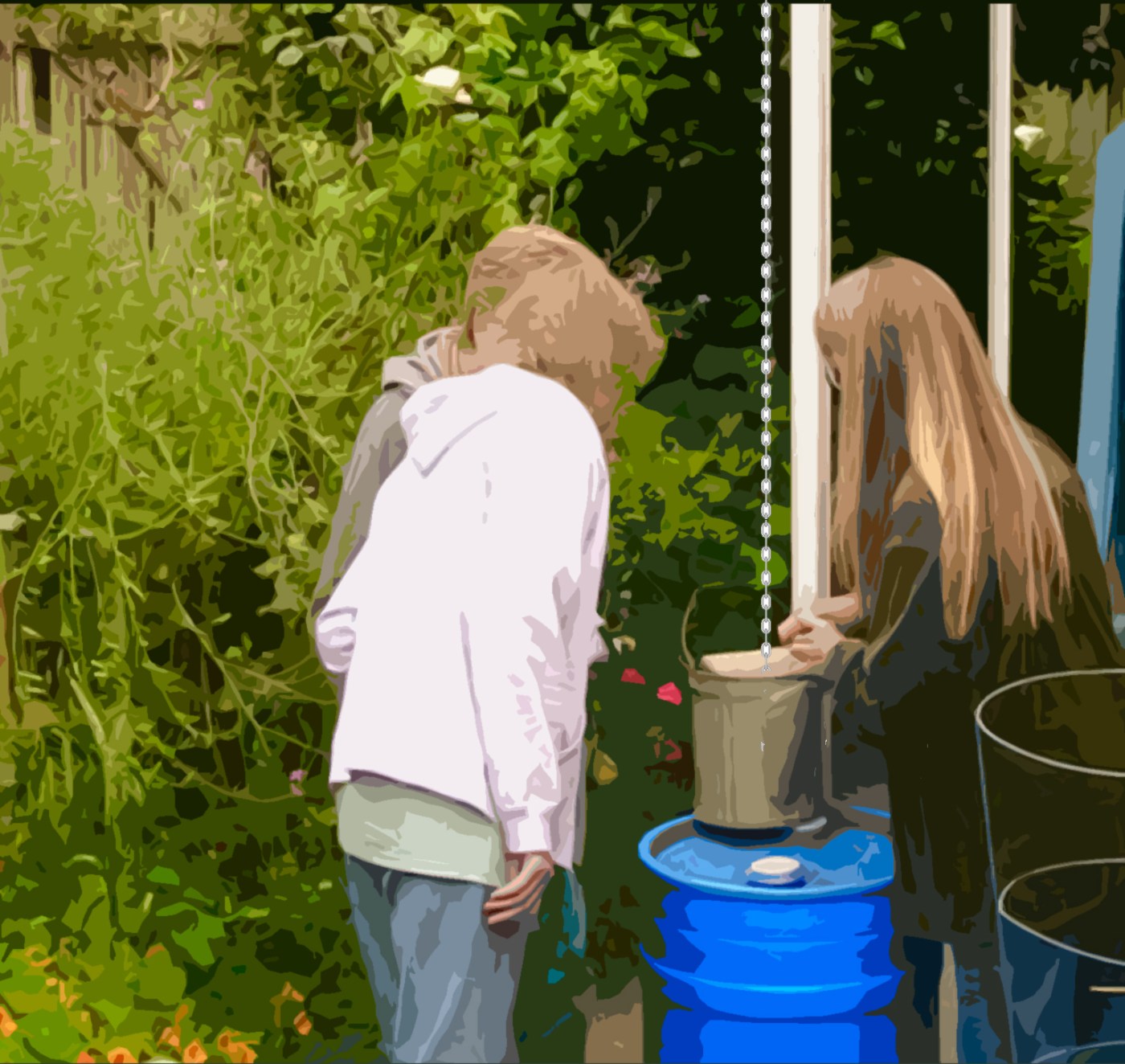 If you live in an area of the Bay where fog is common, you might be able to tap into another source of water for your garden.

Fog and dew collection is an actual practice around the world where water access is an issue and fog is prevalent. Modeled after the Namib Desert Beetle, a collector of dew on its bumpy back, the trick of its efficiency greatly depends on the materials used. Just as the redwood tree’s filaments catch fog and bring water to its root system, gardeners can do the same by creating a fog fence or revamped rain chain. Is anyone locally doing this? It turns out that Jean Brocklebank successfully harvests fog water and has agreed to provide a lesson.

Jean Brocklebank is a Santa Cruz environmental studies activist, with science degrees from UCLA and UCSC. She was open to demonstrate her fog collection system and give a tour of her garden.

“Since we live 1 mile from the ocean, we have a lot of  foggy days, especially in the summer months. There is always some fog water in the watering can. I estimate that we collect about 100 gallons of just fog water every year,” Jean says.

My research with the Fog Collection Alliance can answer basic questions that most people might have. Fog defined is simply a cloud that touches the ground. It is formed when warm, damp air cools. When this happens, millions of tiny water droplets from 1 to 40 micrometers in diameter are formed. This is called condensation. Many places around the world have fog as a climate condition and a resource. Santa Cruz County and other parts of the Bay Area falls into this category. Creating “fog fences” can be used to capture water droplets, with a little guidance.

According to Aqualonis, creators of the Cloudfisher mesh material, project locations around the  world include Tanzania, Morocco, Bolivia, Kenya, and California. Aqualonis, a German company, sells a collection kit for serious fog harvesting, claiming that their collection units are also able to capture rain water. The atmospheric water collected is also said to be potable because the mesh is made of food-safe materials. Though one should consider atmospheric pollution before human consumption. This free-standing system, is perhaps ideal for landowners of large properties but not practical for averaged-sized or smaller lots.

When Jean showed me her fog collection system, the technology was simple and effective. Using the rain gutters, …read more

This Week in the Garden: Harvesting fog water