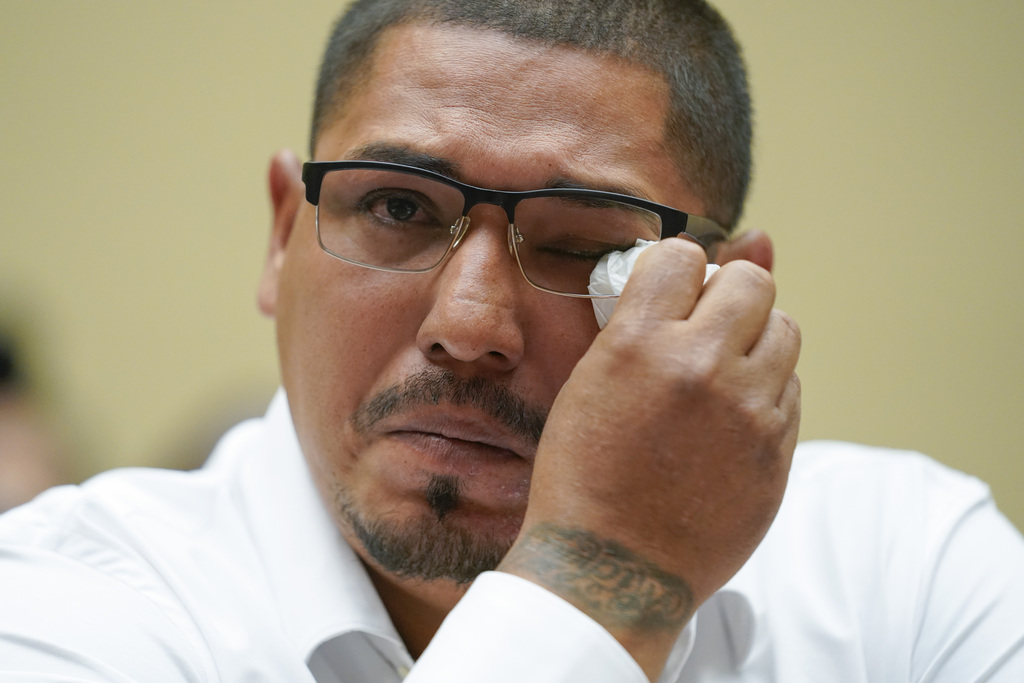 WASHINGTON — An 11-year-old girl who survived the mass shooting at an elementary school in Uvalde, Texas, recounted in video testimony to Congress on Wednesday how she covered herself with a dead classmate’s blood to avoid being shot and “just stayed quiet.”

Miah Cerrillo, a fourth-grader at Robb Elementary School, told lawmakers in a pre-recorded video that she watched a teacher get shot in the head before looking for a place to hide.

“I thought he would come back so I covered myself with blood,” Miah told the House panel. “I put it all over me and I just stayed quiet.” She called 911 using the deceased teacher’s phone and pleaded for help.

Nineteen children and two teachers died when an 18-year-old gunman opened fire with an AR-15-style rifle inside Robb Elementary School on May 24.

It’s the second day lawmakers have heard wrenching testimony on the nation’s epidemic of gun violence. On Tuesday, a Senate panel heard from t he son of an 86-year-old woman killed when a gunman opened fire in a racist attack on Black shoppers in Buffalo, New York on May 14. Ten Black people died.

In the video Wednesday, Miah’s father, Miguel Cerillo, asks his daughter if she feels safe at school anymore. She shook her head no.

The testimony at the House Oversight Committee comes as lawmakers are working to strike a bipartisan agreement on gun safety measures in the aftermath of back-to-back mass shootings.

Rep. Carolyn Maloney, D-N.Y., the panel’s chairwoman, called the hearing to focus on the human impact of gun violence and the urgency for lawmakers to enact gun control legislation.

“I am asking every Member of this Committee to listen with an open heart to the brave witnesses who have come forward to tell their stories about how gun violence has impacted their lives,” Maloney said in opening remarks. “Our witnesses today have endured pain and loss. Yet they are displaying incredible courage by coming here to ask us to do our jobs.”

The panel also included raw testimony from Zeneta Everhart, whose 20-year-old son Zaire was wounded in the Buffalo mass shooting.

Everhart told lawmakers it was their duty to draft legislation that protects Zaire and other Americans. She said that if they did not find the testimony moving enough to act on gun laws, they had an invitation to …read more

Uvalde survivor: ‘I don’t want it to happen again’

Celtics Would Need to Include Star Wing in Trade for Kevin Durant, Says Analyst