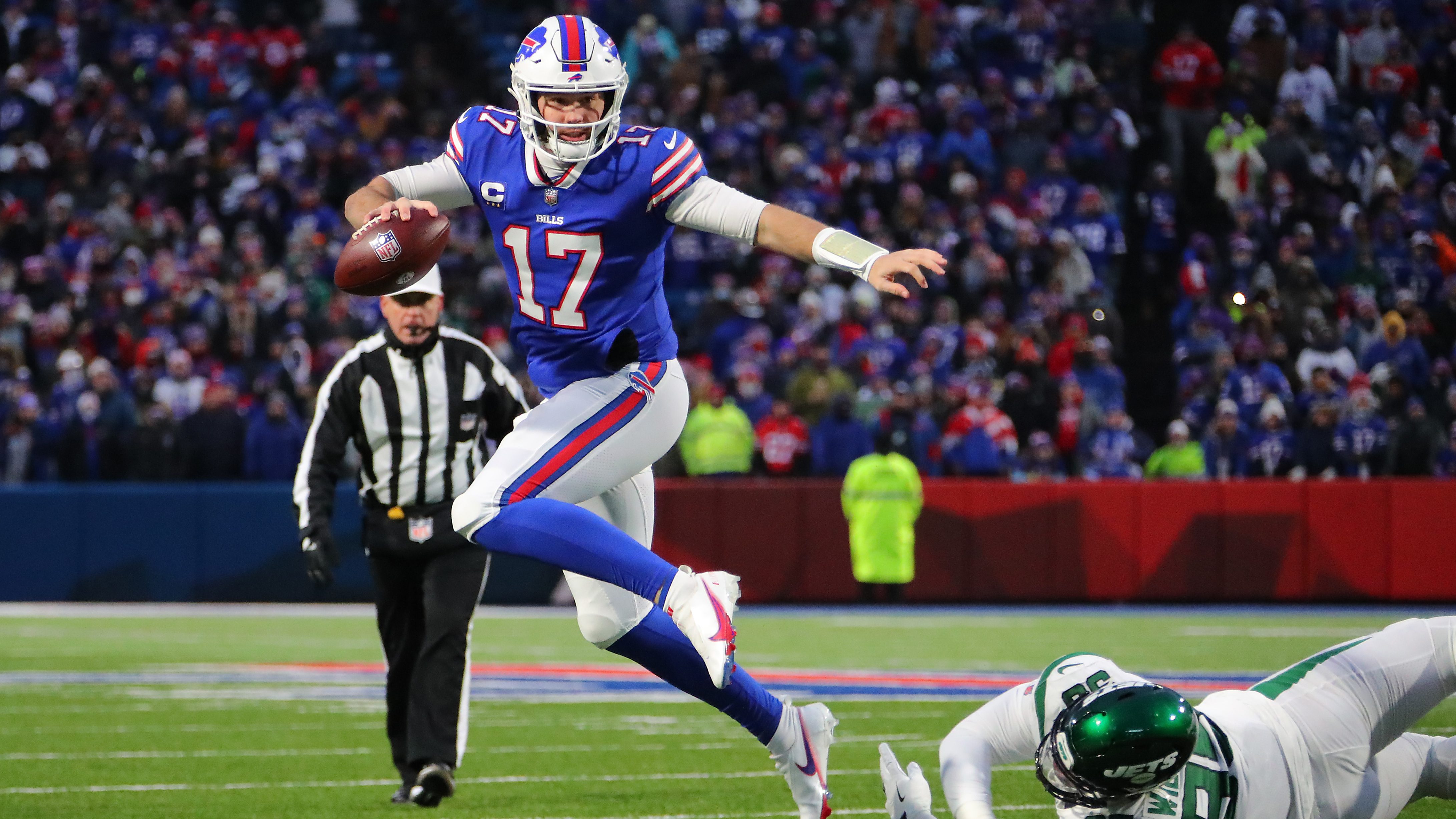 While there’s no doubting that Buffalo Bills star Josh Allen is one of the top quarterbacks in the NFL, the jury’s still out on his dance moves.

Allen was clearly enjoying himself during the final week of OTAs (organized team activities) on Tuesday, June 5, and in between throws, let loose with a brief dance break. The Bills’ official Twitter account posted a clip of the 26-year-old dancing, as did the team’s official Instagram account, and the video quickly went viral, racking up hundreds of thousands of views.

The reaction from fans, analysts, and Allen’s teammates was hilarious. Fox Sports’ NFL account tweeted, “It’s the flick of the wrist at the end for us 😂,” while Bills’ return specialist Taiwan Jones simply commented on Instagram, “😂😂😂.”

While many fans compared Allen’s dance moves to “The Carlton,” most members of Bills Mafia love the quarterback too much to truly critize him. “When you play like Josh Allen, every dance move is elite 🕺🏾,” a fan tweeted, while one woman wrote, “How can this not make you smile? Watching this guy loving life makes me happy, I’m happy for him.”

One fan offered Allen some advice on the Bills’ Instagram post. He commented, “Love him but PLEASE have Diggs work on some dance moves for QB1!”

Our favorite golfer is back and ready for practice. 🙌@JoshAllenQB | #BillsMafia pic.twitter.com/4JVglDFnCr

Fun dance breaks aside, Allen looked incredible in practice, according to The Athletic’s Joe Buscaglia. While the former No. 7 overall pick from the 2018 NFL Draft “has graduated well past a great practice being extremely notable,” Buscaglia noted, he looked “excellent during both 7-on-7s and team drills.”

“On one of his first competitive throws, Allen launched a deep route to second-year receiver Marquez Stevenson down the sideline. Stevenson was in heavy coverage, and the accuracy on the play was picture perfect in how Allen placed it just past cornerback Kaiir Elam and over the shoulder of …read more

The process of buying a home is so traumatic that it’s making half of Americans cry, survey finds