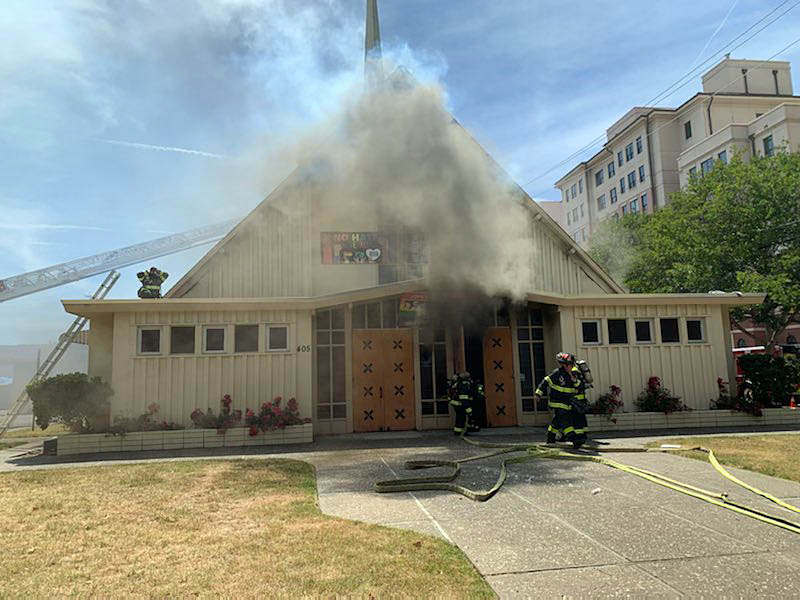 SAN JOSE – One person is in custody following a fire Wednesday at a church near San Jose State University, authorities said.

As of 4:50 p.m., the fire was knocked down but not yet under control, according to Ray.

Ray described the damage to the church as “significant.” No injuries were reported.

Witnesses pointed out a suspect, who was arrested in connection with the fire, Ray said.

South 10th Street was closed between East San Fernando and East William streets as a result of the fire.

Check back for updates.

San Jose: Man arrested in May homicide near golf course

San Jose: Man killed in the city’s 11th homicide of the year is identified

Arrest made in connection with fire at San Jose church