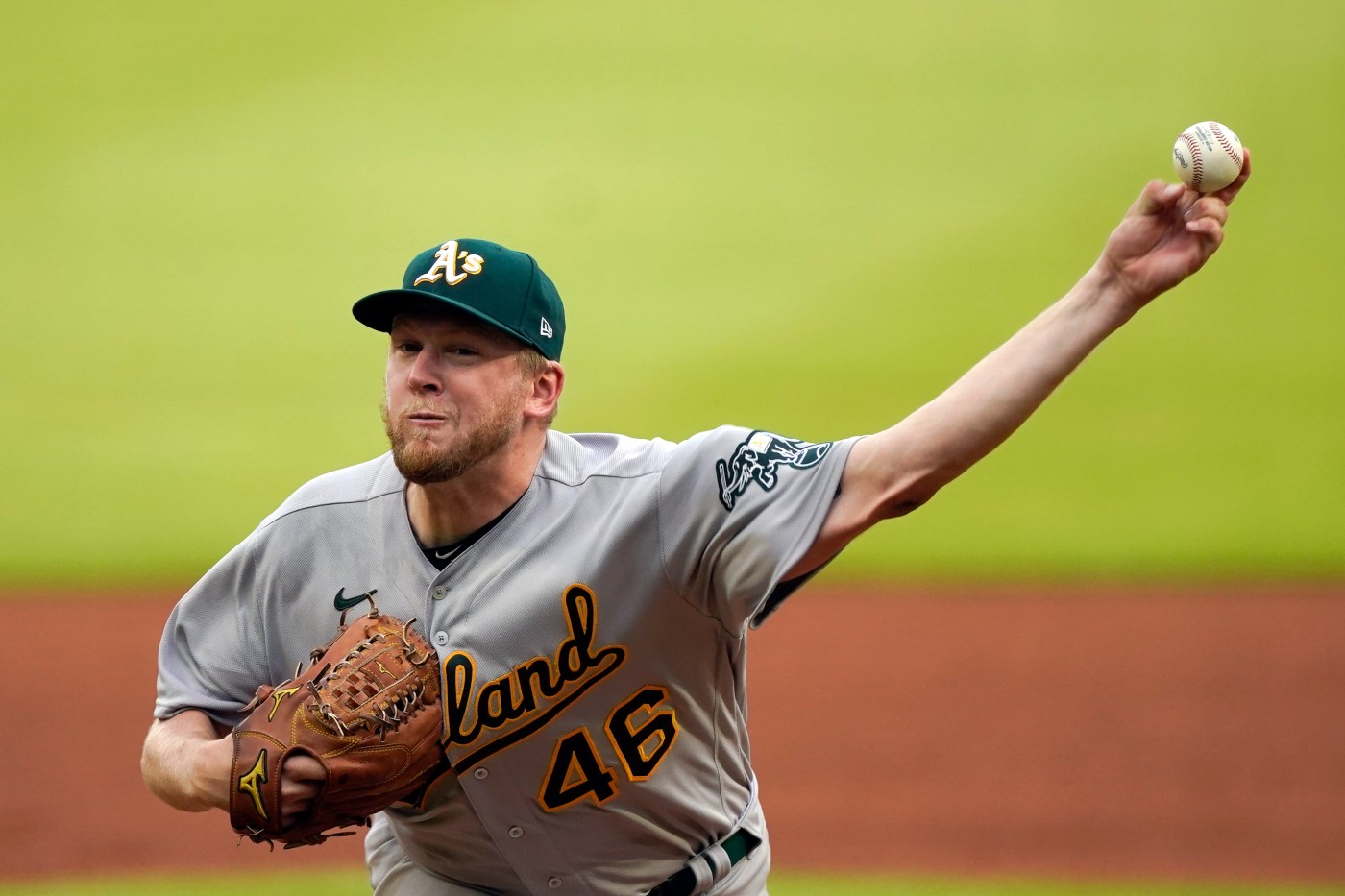 Jared Koenig completed his improbable journey to the major leagues on Wednesday night in Atlanta, and the 28-year-old Aptos High grad showed why he could be around for awhile.

But Koenig’s inspiring major league debut wasn’t enough to keep the A’s from seeing their losing streak extended to eight with an 13-2 loss to the Atlanta Braves.

Koenig held the defending World Series champions scoreless into the fourth inning and took a 2-1 lead into the fifth. But the left-hander failed to get an out in the inning, which saw the Braves score four times and eventually turn the final game of the two-game series into a rout.

In the end, Koenig’s line was four earned runs allowed on five hits, with three strikeouts and two walks. But after a dominating start to the season at Triple-A Las Vegas and an encouraging debut, Koenig looked like a viable option for an A’s rotation that has lost Daulton Jefferies to a season-ending injury and soon figures to lose ace Frankie Montas to a trade.

At the very least, Koenig’s arrival in the majors is one of the best feel-good stories of the season.

Koenig was drafted in the 35th round by the White Sox in 2014, but after signing their top picks, including current Giants pitcher Carlos Rodon, Chicago opted not to sign a handful of the late-round guys, including Koenig.

He went back to college – three more in all, including Cal State Monterey Bay – then bounced around with the San Rafael Pacifics and other independent league teams for a couple years before landing in the Australian Baseball League for what figured to be his last chance to get noticed.

Koenig got the attention of an A’s international scout and signed his first contract with a major league team in 2020. Again, Koenig’s patience was tested. He didn’t play that season because of the pandemic, but finally made his affiliated debut last season at Double-A Midland, where he went 7-5 with a 3.26 earned run average.

He was even better this season at Las Vegas, where he was 4-2 with a 2.21 ERA in nine games and was averaging more than a strikeout per inning.

The A’s announced over the weekend that Koenig was being promoted for Wednesday’s start, and for the most part, he delivered.

Koenig allowed a single to the first batter he faced, Ronald Acuna Jr., but the Braves star was thrown out attempting to steal …read more

Tech billionaire Tom Siebel rings the alarm on inflation, markets, and a potential recession. Here are his 6 best quotes from a new interview.

Boutique townhome community in the heart of Silicon Valley

Joe Biden said he doesn’t think the country ‘will stand for’ the Supreme Court’s decision to overturn Roe v. Wade