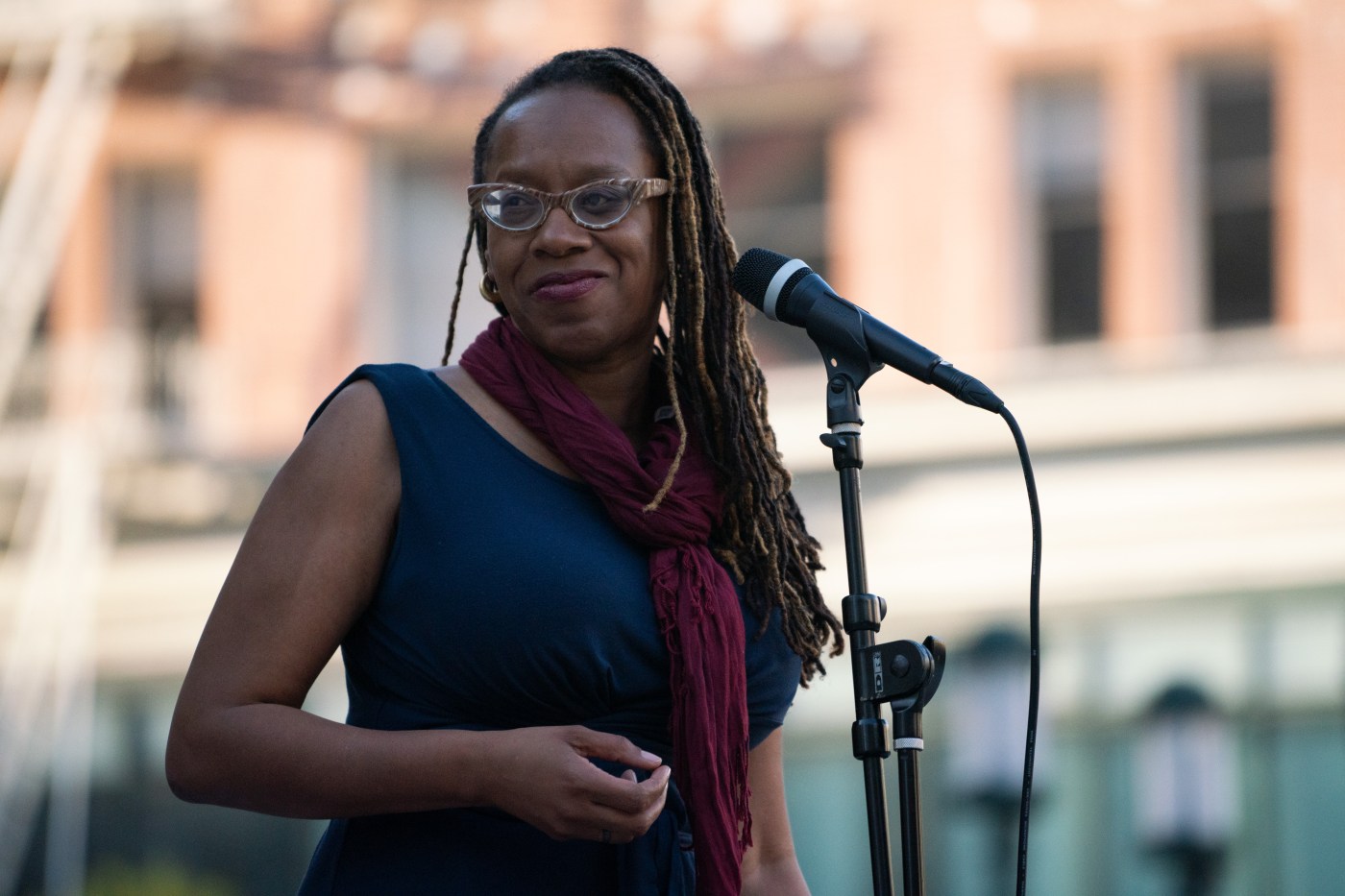 BART Director Lateefah Simon ended a months-long dispute over her seat on the transit agency’s board by breaking her rental lease on an Oakland apartment and moving to Emeryville in order to stay within her district’s boundaries.

“We made a 100-step mistake and I feel happy that there’s no longer a dispute,” Simon said in a phone call. “I moved to Emeryville where there is going to be no issue.”

Simon was removed from the governing board in March after the agency determined that her apartment – adjacent to BART’s MacArthur Station in Oakland – was just outside the line of her District 7 boundary, which includes parts of the East Bay and San Francisco. Directors on the nine-member BART board are required to live in the district they were elected to represent.

But BART management soon backtracked amid an outpouring of support for Simon, BART’s only Black board member and a longtime racial justice advocate. That left responsibility to the governing board, which kept Simon in her seat while it hired an outside law firm to investigate the address dispute.

On Wednesday Simon said she was left with no option but to leave her apartment if she wanted to stay on the board. The decision to move required her to incur broken lease fees and change her daughter’s school.

“I did something that I recognize later I could have done a better job,” said Simon. “Even though I received bad advice from BART it doesn’t matter.”

Simon added that she now lives farther from the BART station that she represents and relied on daily as a legally blind person who does not drive.

Here’s why the Highway 17 median barriers are so short: Roadshow

California gets high marks as bicycle-friendly state despite rise in rider deaths: Roadshow

Stock market investors should prepare for more misery ahead as the S&P 500 officially enters a bear market, Bank of America says