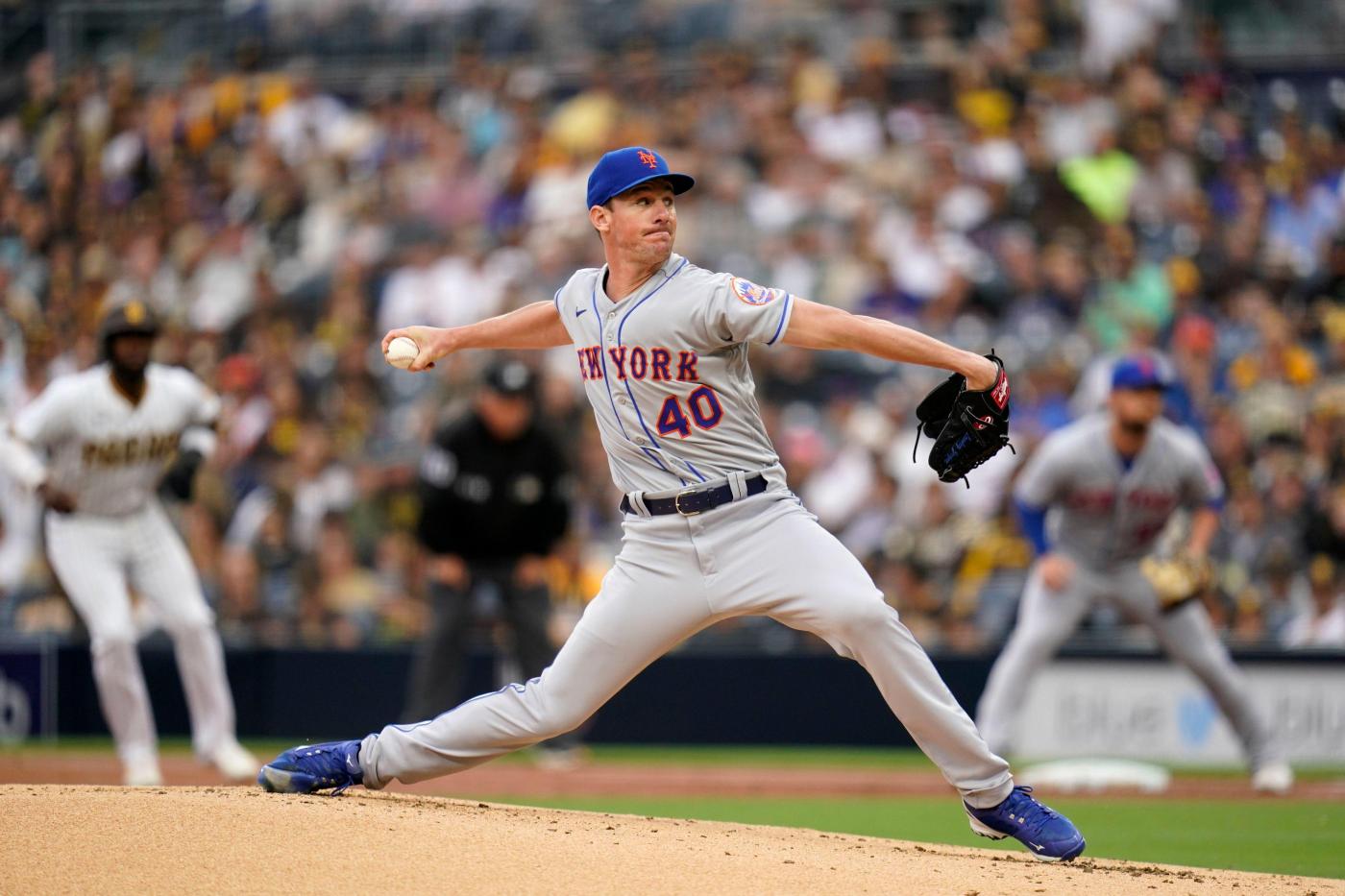 SAN DIEGO — The Mets will pack up their lockers and travel 90 minutes north on an unhappy bus ride to Anaheim.

Chris Bassitt continued his spell of hellish starts in the Mets’ 13-2 blowout loss to the Padres on Wednesday night at Petco Park. Bassitt spit up seven runs, six earned, on seven hits across 3.1 innings and 75 pitches in the series finale. It was his shortest outing of the season, but it wasn’t even the first time this year he was unable to give the Mets some length. Bassitt also permitted eight earned runs in 4.1 innings to the Giants on May 24 at Oracle Park.

“I’ve never dealt with it,” Bassitt said of his difficult stretch. “I’m beyond embarrassed and really upset that I’m putting our bullpen guys to clean up the rest of the game. But it’s something I’ve literally never went through. It’s just, get to work tomorrow and keep on keeping on. But to say it’s frustrating would be a big-time understatement.”

Bassitt has allowed 22 runs in his last 26 innings and five starts, translating to a 7.62 ERA. Coincidentally, or maybe not, Bassitt’s worst stretch of the season started on May 19, which is the very same day the Mets placed Max Scherzer on the injured list with a left oblique strain.

Before Scherzer hit the IL, Bassitt often spoke about how much he has enjoyed his time in New York with his new team and a big part of that reason was the now-sidelined three-time Cy Young winner. Often, Bassitt and Scherzer could be seen talking shop in the Mets dugout on the days they weren’t starting.

When asked if Bassitt knows what the fix is, or whether he’s searching for it, he said: “It’s a little bit of both. I don’t know.”

It’s possible Bassitt has been putting pressure on himself to step up as the team ace ever since Scherzer went down. When asked if that’s the case, Bassitt responded: “No. Not at all.” But there’s another positive influence missing from the clubhouse, one that studied his starting pitchers and knew how to call a good game.

James McCann has been on the IL since May 13 with a left hamate fracture that required surgery. Bassitt’s string of rotten starts began about one week later. The Oakland transplant has a 2.61 ERA in 31 innings and five starts when McCann has caught him this season.

Inside the Post-Roe Future: Thirteen conversations from the front lines

Is it legal for motorcycles to drive between lanes of traffic? | Opinion