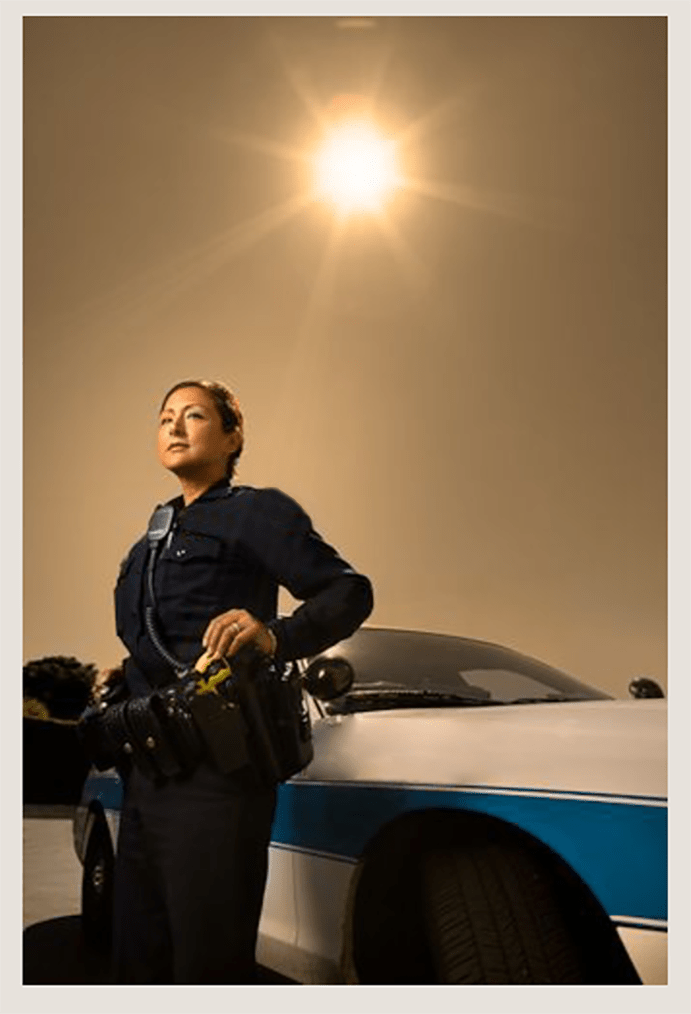 With about 63,362 ballots counted as of 1 a.m. Wednesday, Corpus — a sheriff’s office captain who serves as Millbrae’s police chief under the city’s contract with the office — had collected 30,503 votes, or 54%. Her boss, Sheriff Carlos Bolanos, received 25,600, or 45%. Although 433,539 county residents are registered to vote, election officials are still counting mail-in ballots and could not provide an estimate of how many votes were cast.

Whether she ends up with more than the 50% of the votes needed to win the election outright or is forced to run off against Bolanos in the Nov. 8 general election, Corpus says she is “very encouraged” by the results so far.

A victory would culminate two decades of working up the ranks from a correctional officer in the county’s jail to becoming captain.

On Wednesday, Corpus said she owes her support to people in the county who want to see real change in the sheriff’s office.

Throughout the campaign, Corpus has been promising to lead a cultural change of the sheriff’s office, fill dozens of vacant deputy positions, raise salaries, rebuild relationships with the immigrant community, reduce lethal force situations and organize better mental health response and follow-up programs.

Corpus was passed up for a promotion by Bolanos to be assistant sheriff before being assigned to serve as Millbrae’s police chief, which she called “a blessing in disguise.” She claims the person who got the assistant sheriff’s job wasn’t more qualified than she but Bolanos had “favors to pay back.” Bolanos has denied that.

“It’s common knowledge in our organization that if you’re not loyal to the sheriff then you will pay the price,” Corpus said. “That’s the worst kind of leadership when you …read more