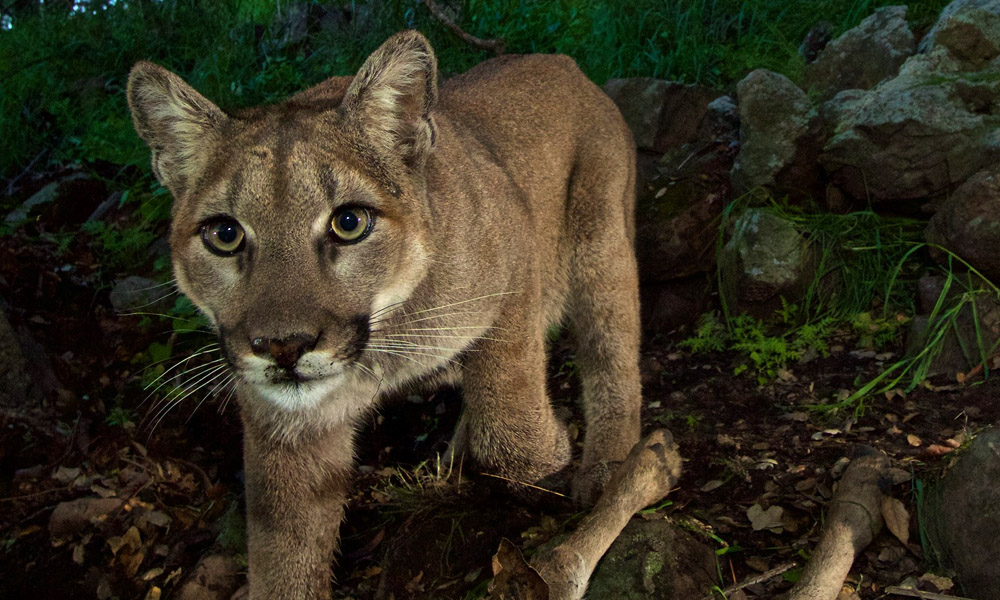 DAVIS — A dog credited with defending her owner from a mountain lion attack in Northern California last month died unexpectedly on Wednesday.

Eva was taken to the animal hospital at the UC Davis School of Veterinary Medicine, but her condition deteriorated.

“She just never woke up,” Wilson told the newspaper.

Why Berkeley cat keeps fighting with its mirror image

California bees can legally be fish and have the same protections, a court has ruled

Wilson in mid-May was walking along the Trinity River with Eva a few yards ahead when a mountain lion lunged and scratched Wilson.

“I yelled ‘Eva!’ and she came running,” Wilson said in a subsequent interview. “And she hit that cat really hard.”

Eva and the mountain lion fought briefly until the cougar clamped its jaws on Eva’s head. Wilson and another woman beat the lion and finally forced it to flee by using pepper spray.

Eva suffered skull fractures and other injuries. She was released from a veterinary clinic several days later.

Wilson on Wednesday updated a GoFundMe page she had started to raise money for veterinary bills.

“We said goodbye,” she wrote. “We love you Eva. You’re my whole world.”

Another former ABA player dies waiting on pension from NBA. He left behind a chilling photo.

California water use continues to climb despite severe drought outlook