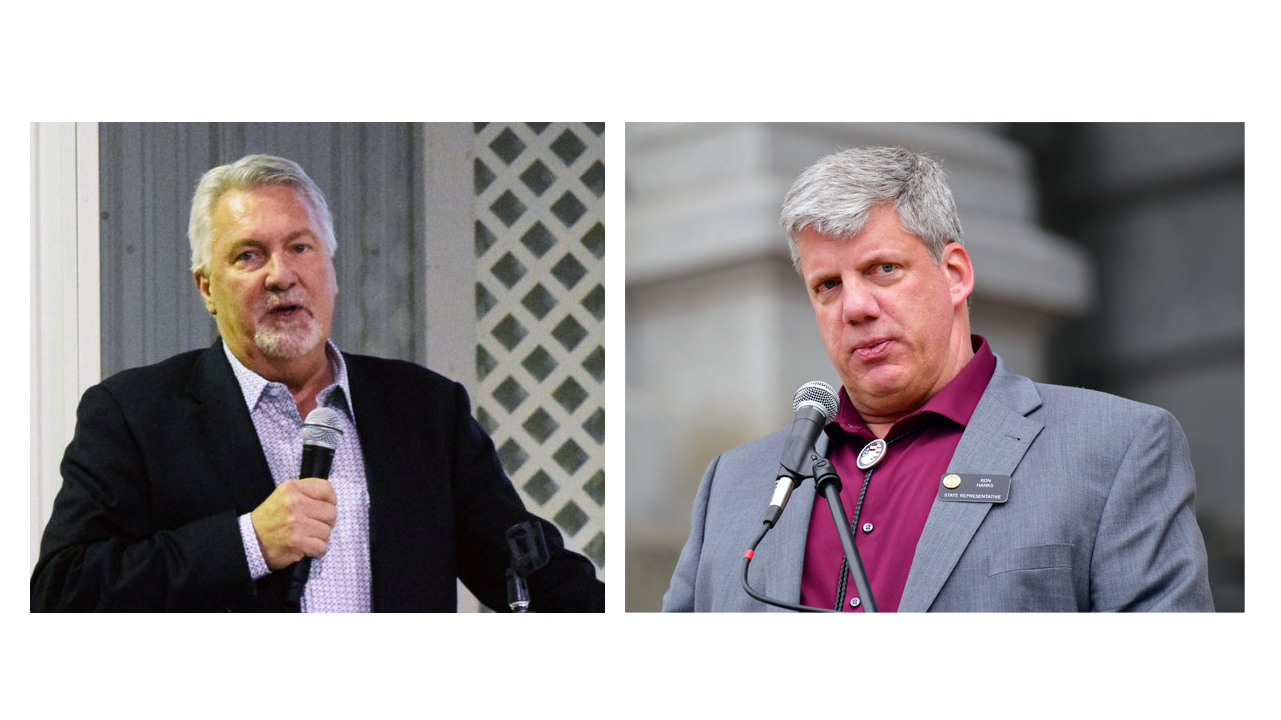 On the same week millions of Colorado voters are receiving primary ballots in the mail, progressive groups are getting involved in the Republican primary election.

On Wednesday, a super PAC called Democratic Colorado started a nearly $1 million run of ads to last through June 13 warning that Republican U.S. Senate candidate Ron Hanks is “too conservative for Colorado” — a typical attack during a general election, but not an expected message when the conservative party is picking its nominees.

It’s a spend much larger than Hanks’ last known total war chest, and in effect, boosts his profile in the state, supporters of the other Republican candidate, Joe O’Dea, say.

On the same day, ProgressNow Colorado held a press conference slamming O’Dea, leading backers of that campaign to accuse Democrats and their supporters of playing “dirty pool politics.” They’re trying to pit U.S. Sen. Michael Bennet against a candidate they see as less palatable to a general election audience, state Rep. Colin Larson, a Littleton Republican who supports O’Dea said.

“This is a group that calls itself progressive. They’re spending a million dollars to try to get Ron Hanks — an insurrectionist — elected,” Larson said after the ProgressNow press conference. “… they know that if they can steal the nomination and get Ron Hanks elected as the nominee, then Michael Bennett can slide into reelection.”

Hanks, a state representative from Cañon City, proudly states he was at the Jan. 6, 2021, rally for President Donald Trump that preceded the storming of the Capitol, though there’s no evidence he breached the building.

The two progressive groups at play each noted they’re going after different Republican candidates. ProgressNow Executive Director Sara Loflin said she wasn’t aware of the Democratic Colorado ad buy, and instead wanted to focus on a candidate she accused of having a lack of clarity on issues like abortion.

Hanks is very clear on where he stands, Loflin said.

“I think it’s very clear that Coloradans want candidates who are clear on where they’re at, particularly with regard to abortion rights and reproductive rights with regard to whether or not they’ve bought into Donald Trump’s big lie or not,” Loflin said.

O’Dea has said he would support codifying Roe v. Wade and, while he opposes late-term elective abortions, a decision on abortion earlier in the pregnancy is “between a person and their God, not me.” He’s also clear that President Joe Biden won the November 2020 election, …read more

This 22-year-old made a fortune with crypto then lost millions in the crash. Here’s why he’s still investing in bitcoin.