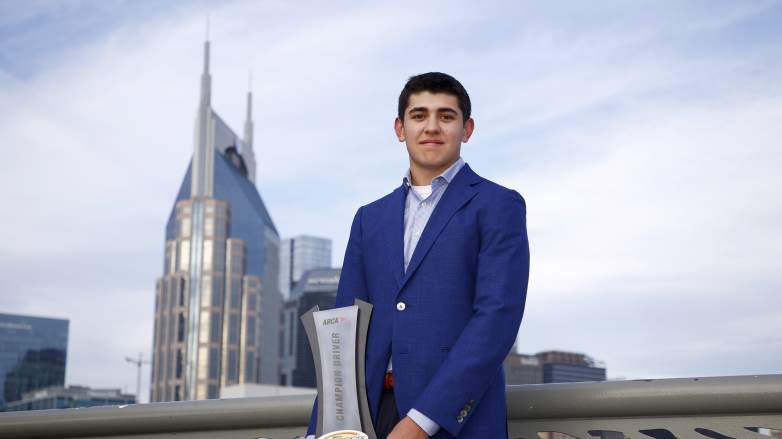 The No. 18 Joe Gibbs Racing Toyota Supra will have a new wheelman for eight upcoming Xfinity Series races. The organization has paved the way for Sammy Smith to make his debut in the series.

JGR announced the news on June 9. The organization confirmed that Smith, the defending ARCA Menards Series East champion, will first take over the No. 18 Toyota on July 2 at Road America in Wisconsin. He will have Pilot Flying J and Allstate Peterbilt Group as his primary partners during his eight-race schedule. TMC, Renda Group, and Sinclair Tractor will also provide support.

“Sammy has impressed at every level of his racing career,” said Steve DeSouza, Executive Vice President/Xfinity Series for Joe Gibbs Racing, in a press release. “We believe Sammy will continue to excel and look forward to supporting him as he expands his 2022 schedule to include eight races in the Xfinity Series with the Joe Gibbs Racing No.18 team led by crew chief Jason Ratcliff.”

The Full Schedule Features a Wide Variety of Tracks

When Smith makes his debut, he will do so at a popular road course. He will then take on multiple other tracks that feature a variety of layouts. This includes intermediates, short tracks, and the Tricky Triangle.

According to the release, Smith’s second race will take place at Pocono Raceway on July 23. He will take on the 2.5-mile track for the first time, and he will face off with some of the biggest names in the Xfinity Series.

“I’m excited for the opportunity to run the No. 18 Toyota GR Supra for Joe Gibbs Racing,” Smith said. “Making the jump to this level is huge for me and my career, and I’m thankful for all of my partners and supporters that have helped me get here.”

Smith Continues To Defend His Championship