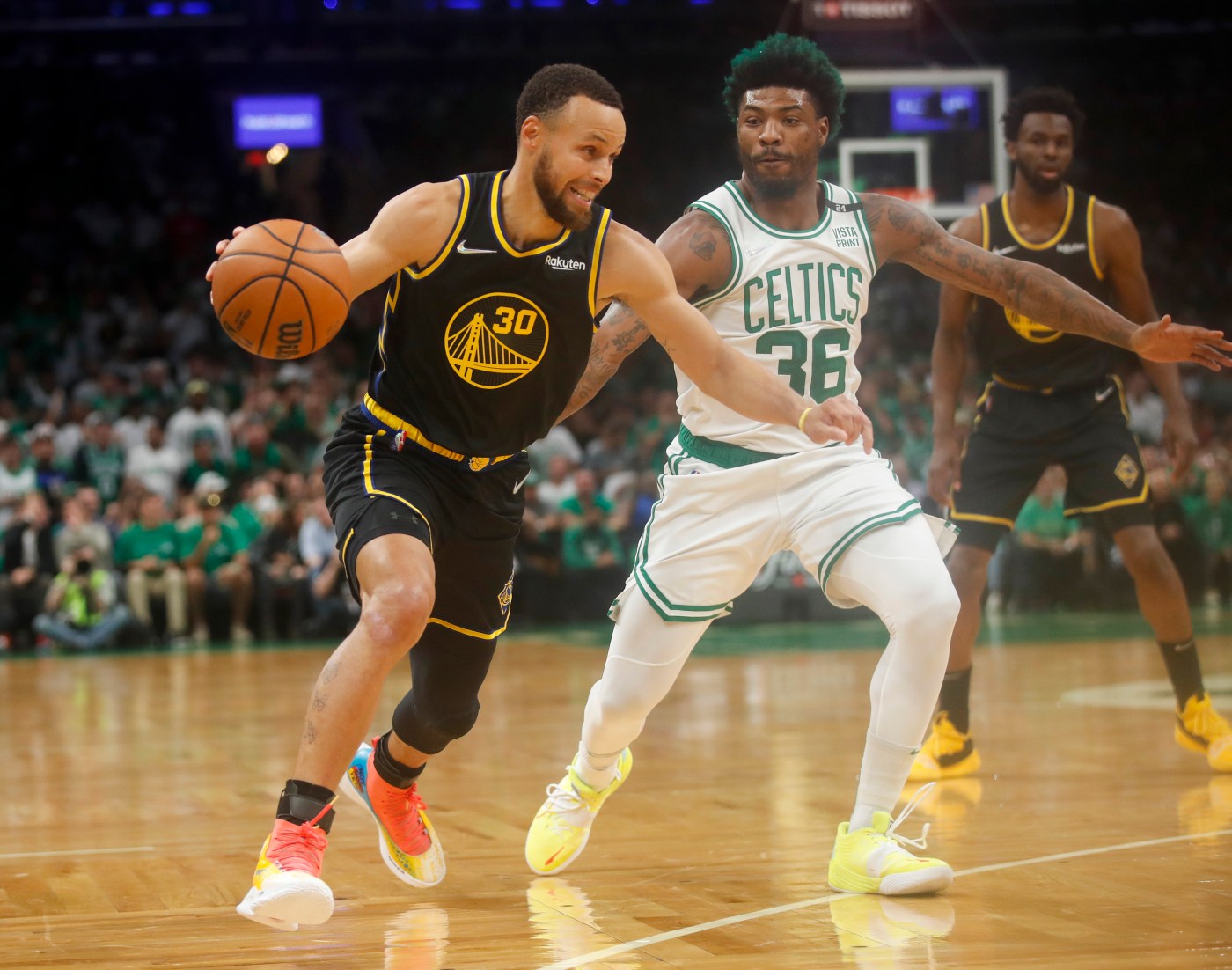 BOSTON – The Celtics still don’t have an answer for the Warriors’ third-quarter outbursts.

But it didn’t matter Wednesday night at TD Garden.

Led by aggressive efforts from Jayson Tatum, Jaylen Brown and Marcus Smart, the Celtics beat the Warriors 116-100 to win Game 3 of the NBA Finals and take a 2-1 lead in the best-of-seven series.

Stephen Curry made six 3-pointers and scored 31 points Wednesday night while Klay Thompson bounced back in Game 3 after a poor start to the series with 25 points and five 3-pointers, but it wasn’t enough as the Celtics overwhelmed the Warriors in the fourth quarter.

After another impressive offensive display, Curry was visibly shaken up in the closing minutes of the game as Celtics center Al Horford rolled up on Curry’s left leg while diving for a loose ball late in the fourth quarter. The play also resulted in the sixth foul on Draymond Green, who exited the game to the same chorus of boos and explicit chants he heard from the moment he walked on the court Wednesday.

With the help of its stifling defense that constantly attacked the Warriors at the rim, Boston was up by as many as 18 points, but no Celtics’ lead felt safe as several Curry-led rallies kept the Warriors within striking distance.

After trailing by 12 at the half, the Warriors put together another impressive third-quarter performance that included a 12-0 run.

In the third quarter, Curry nailed a 26-foot triple despite making contact with Al Horford, who was issued a Flagrant 1 foul that led to a seven-point possession that concluded when Otto Porter Jr. made a 3-pointer to pull the Warriors within two points of the Celtics.

Then, it was Curry – again – who put the Warriors up 83-82 for Golden State’s first lead since the opening possession.

Golden State outscored the Celtics 33-25 in the 12 minutes out of the locker room. But unlike Game 2, Boston continued to battle back, regaining control of the game to take a 93-89 lead heading into the fourth quarter.

Boston bested the Warriors 11-4 in the first four minutes of the final quarter, pulling ahead 104-93. Curry did his best to keep the Warriors in the game, but took a beating and was also grimacing as he grabbed at his rib cage on the bench following a departure with 2:19 left in the game.

At that point, the Warriors waved the white flag, inserting …read more

Key Jets Cog ‘Not Expected to Practice’ at Minicamp: Report