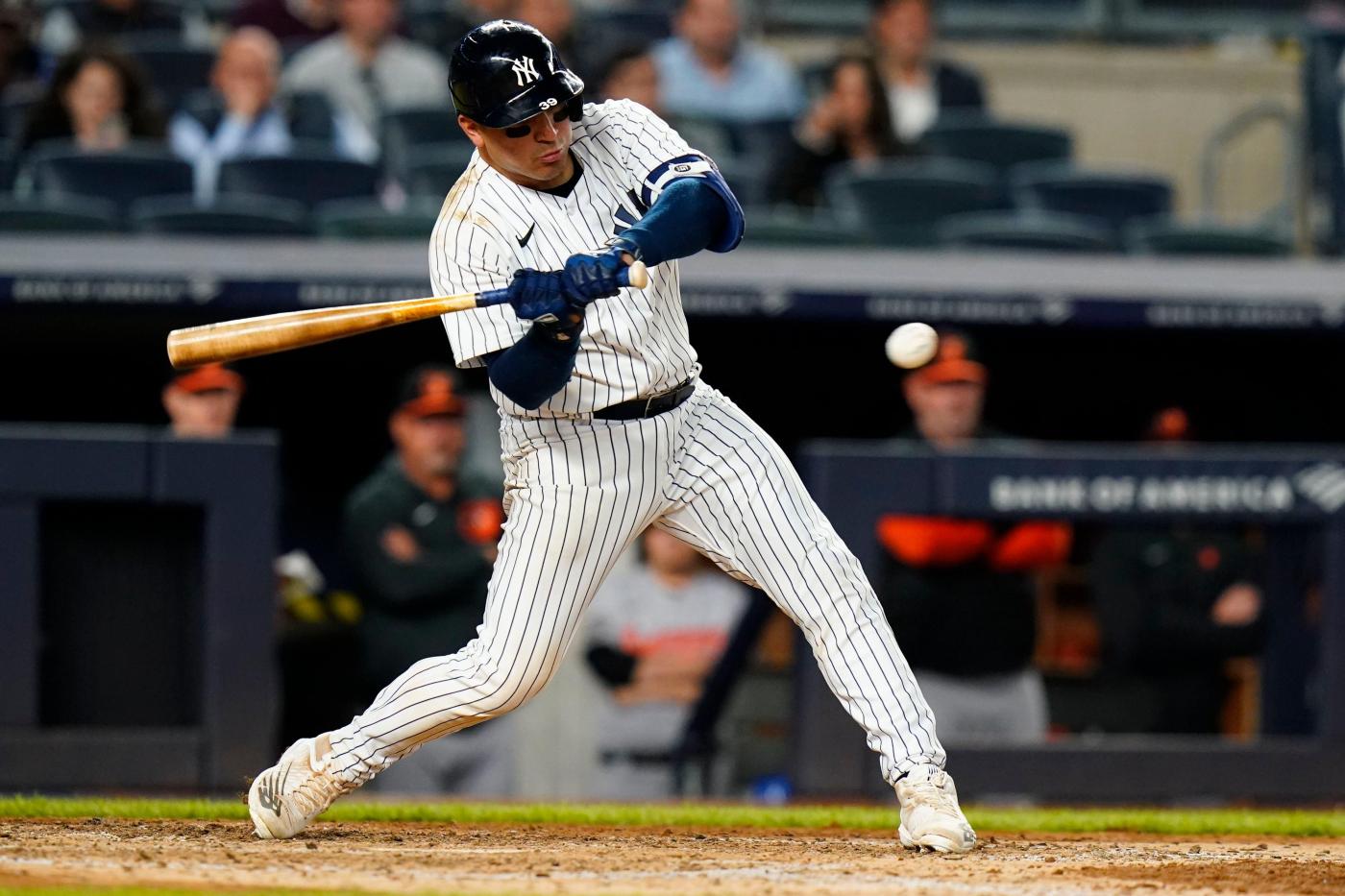 MINNEAPOLIS — When the Yankees went out and made the trade to get Jose Trevino, everyone talked about him being a solid defensive backup catcher. That is kind of what Yankees hitting coach Dillon Lawson thought too.

But, Trevino had spent the winter determined to be more than just a good receiver. He wanted to be an all-around contributor, not a black hole at the bottom of the lineup. He worked on his swing and the Yankees are finding they got a bonus with him. Trevino’s proven to be a decent hitter.

“To be honest, I didn’t know what to expect coming in outside of the defensive skills,” Lawson said of Trevino’s contributions at the plate. “It’s a great bonus.”

Trevino has been good for the Yankees pitchers, who have a 2.25 ERA and a .561 OPS against with Trevino behind the plate.

The 29-year-old puts his work with the pitchers ahead of himself, but this winter, he wanted to improve his work at the plate.

“I did some things in the offseason with another guy down where I am from and he just kind of likes movement patterns … getting my body to move the right way,” Trevino said. “It was understanding more of my swing and that maybe I don’t need to change my swing. Maybe it’s just that I need to understand my movements better. So that started off in the offseason.”

That work continued into spring training with the Rangers. Trevino used that time to pick other hitters’ brains, including Matt Carpenter, who was on a minor league deal with Texas.

“I worked with him a bit, he’s great to work with,” Trevino said. “Just talking to him about hitting, he has so much knowledge from all his years.”

But things really started to click for Trevino when he was traded to the Yankees. The first month, Lawson and assistant hitting coaches Casey Dykes and Hensley Meulens let Trevino go and do his things. Then they approached him with some ideas.

“They said we think you can …read more

Meghan Markle sends snacks to moms pushing for safe gun laws: ‘As a mom … thank you so much!’

Erika Jayne Ripped as a ‘Total Mess’ Over Recent Photo