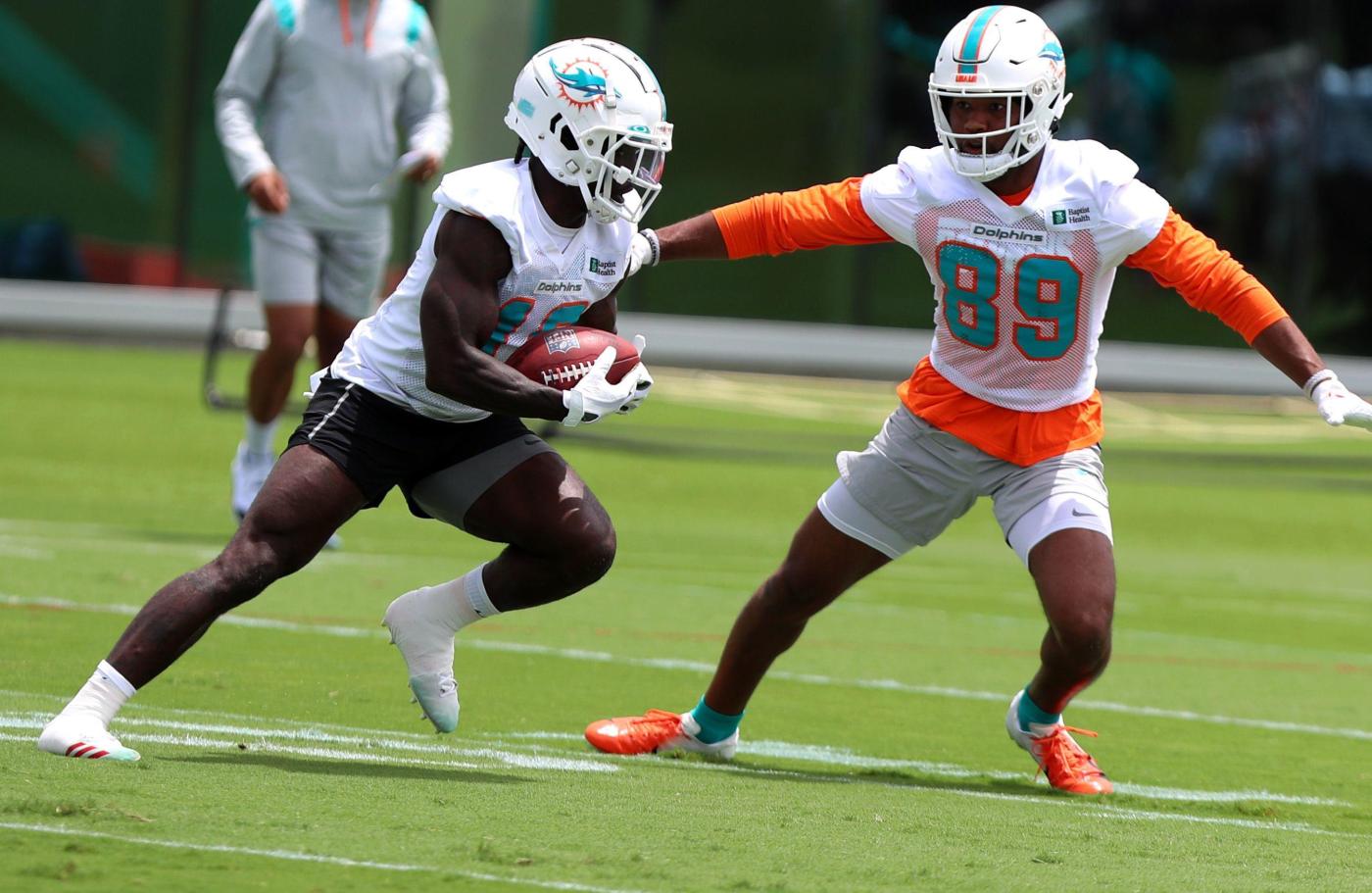 Camp is out for summer on Friday.

The Miami Dolphins have wrapped the offseason training program and won’t return to the facility until late July when training camp begins.

Until then players are on their own to run routes, study the playbook and stay in shape.

Here’s look at Omar Kelly’s superlatives of the Dolphins’ summer, analyzing what the media was allowed to see as the team prepares for the Sept. 11 season opener against the New England Patriots.

Wilkins, who had a breakout season last year in producing career highs in tackles (89), sacks (4.5), quarterback hits (13) and pass deflections (four), was forceful every practice he participated in. Maybe that’s an indicator that Miami’s offensive line might still require some overhauling, but it could also be that this 2018 first-round pick has finally figured out the finer points of his position and the Dolphins scheme.

I’ve covered some fast, electric players during my career covering Florida State, the University of Miami and the Dolphins, but I’ve never seen anyone move as quickly as Hill, a six-time Pro Bowl pick. Miami wisely traded away a treasure chest of draft picks to acquire Hill from Kansas City this offseason. It’s clear that Hill is a threat to score any time he touches the football, a playmaker that demands a double-team.

Phillips, a former University of Miami standout, had a productive season last year, setting a rookie record for sacks (8.5). But let’s be honest, most of that production came in the second half of the season, when the NFL game started to slow down for him. This summer he’s gotten leaner and stronger, and he’s moving with the fluidity needed to become a pass-rushing demon. Let’s just hope he doesn’t suffer an injury that leads to a setback when training camp arrives.

White, an undrafted rookie from South Carolina, has produced a respectable run every practice the media has attended. While it’s usually against third-teamers, that’s exactly how Myles Gaskin performed back in 2020, when the former seventh-round pick stole the starting tailback job from a Pro Bowl pick (Jordan Howard) and a player (Matt Breida) the Dolphins traded for that offseason. If the player Mike McDaniel has nicknamed “Dr. White” keeps it up, he’ll easily make it onto the 53-man roster.

Omar Kelly: Ten reasons why Dolphins could fall short of the playoffs in 2022

Juneteenth: Some Utah educators will work on Monday as state celebrates