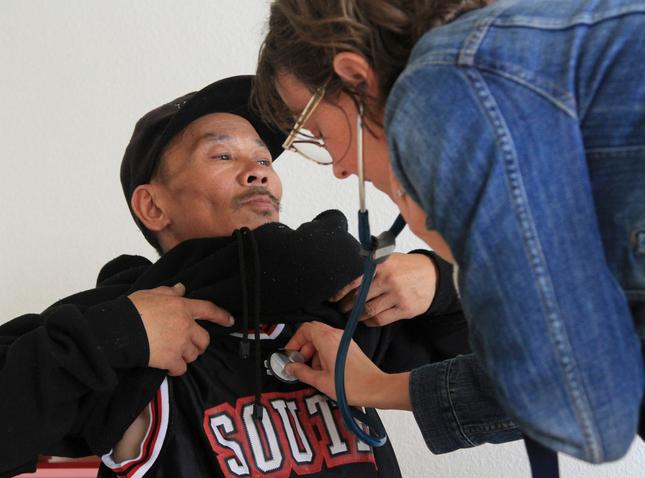 Up until 1980, Asian Americans were counted sporadically and only given a few identification categories on the U.S. Census form. Today, data collected by state agencies such as the California Department of Public Health still do not adequately disaggregate Asian Americans into their numerous distinct racial and ethnic categories.

This failure to disaggregate matters. A Pew Research survey last year found that “Asian Americans are less likely than Americans overall to live in poverty (10% vs 13%), but when broken out into subgroups, most of the Asian origin groups analyzed (12 of 19) had poverty rates that were as high as or higher than the U.S. average.”

During the pandemic, California created the Healthy Places Index to monitor vaccine uptake in the most disadvantaged neighborhoods and allocate resources such as additional vaccines. Unfortunately, the Healthy Places Index and other area-based social indices overlook many smaller groups and non-geographically located groups. Native Hawaiian and Pacific Islander groups expressed being left out of such tools.

Our community partner, Empowering Pacific Islander Communities, said it well when its executive director, Tavae Samuelu, said, “I want policymakers and researchers to understand that data, for all its pursuits of objectivity, is not neutral. Because of that, there needs to be an active practice that prioritizes justice and equity, making data a tool for the survival of communities of color and not a weapon for erasure.”

With all these inadequacies and questions about how we collect data, how are we expected to use such data to improve people’s health outcomes? Knowing an individual’s profile, paired with information about their housing status, their job status, their access to healthy foods and more is the first step toward changing people’s lives for the better.

The Cambodian Family Community Center routinely works with an older, Khmer-speaking couple who are both 72 years old and have chronic diseases for which they need to see their family doctor and specialist every two weeks. Seeing their specialist is difficult because Khmer translation is not provided, making it challenging for the couple to understand their health issues, let alone ask questions.

The couple’s stories are not unique. In …read more

Hanson: What the Jan. 6 House select committee might have been