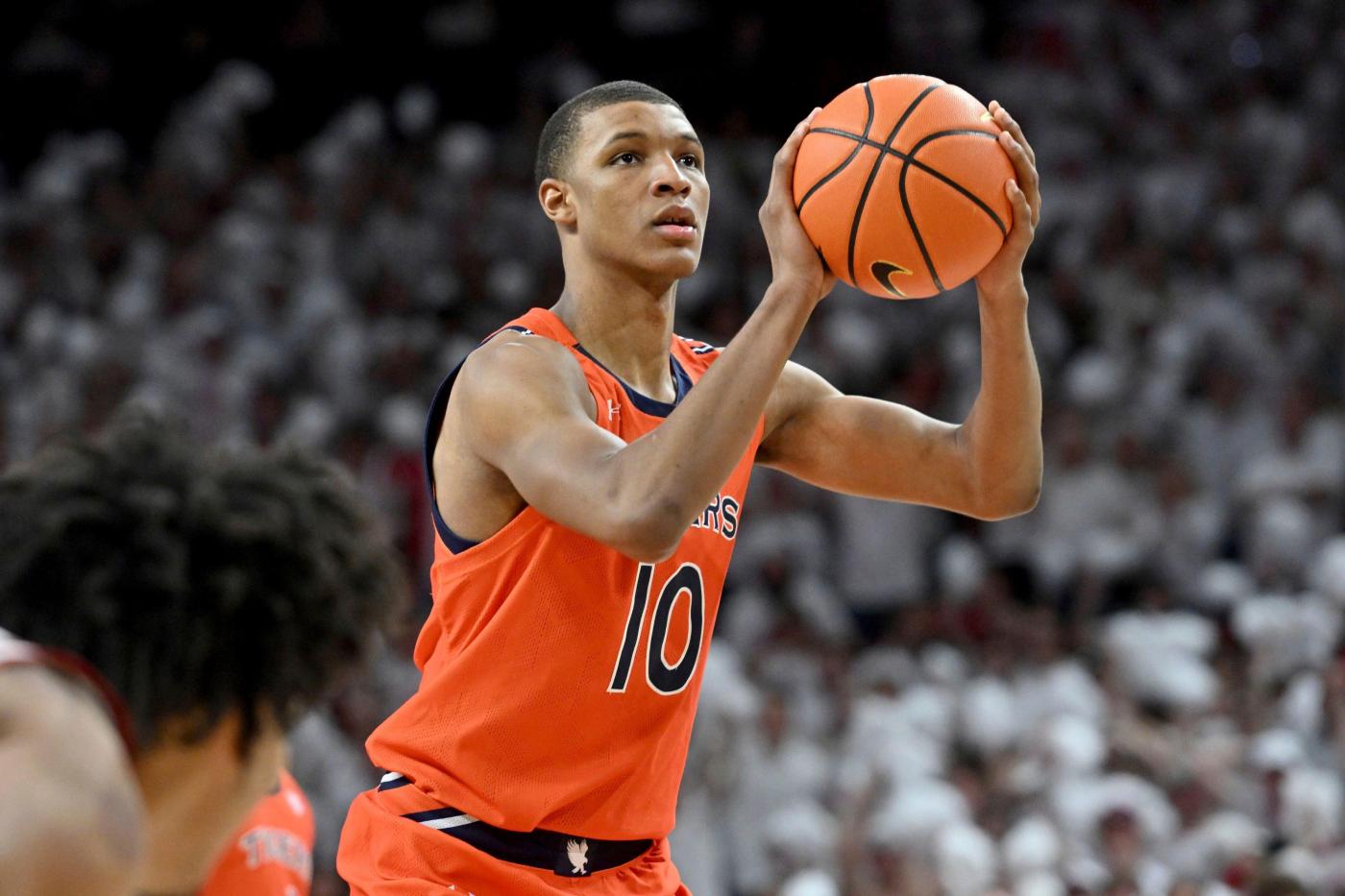 Connection: Worked out for the Magic on June 9

Note: Just because a player is working out for a team doesn’t mean they’re a target to be drafted. A team not working out a prospect also doesn’t mean they won’t draft them. Six pre-draft prospects are allowed on the court at a time and aren’t allowed on the court with NBA players. Some players sought feedback from NBA teams ahead of the June 1 deadline college players had to decide whether they’ll stay in the draft or withdraw and keep any remaining collegiate eligibility.

The buzz: Son of former NBA player Jabari Smith Sr., Smith was a McDonald’s All-American and 5-star out of Sandy Creek High School in Tyrone, Ga. 247Sports ranked Smith as the No. 7 player nationally in the 2021 recruiting class. Smith scored in double figures in 29 of 34 games. He was named the Southeastern Conference Freshman of the Year, a member of the All-SEC first team and a second-team All American.

Scouting report: Elite shooter, especially for his size. Doesn’t need a lot of space to get his jumper off. Consistently made shots when tightly contested. Shoots over most defenders because of his size and high release point. Good …read more

Darrell Taylor Addresses Whether He’ll Return to ‘The Challenge’

The Most Important Study in the Abortion Debate