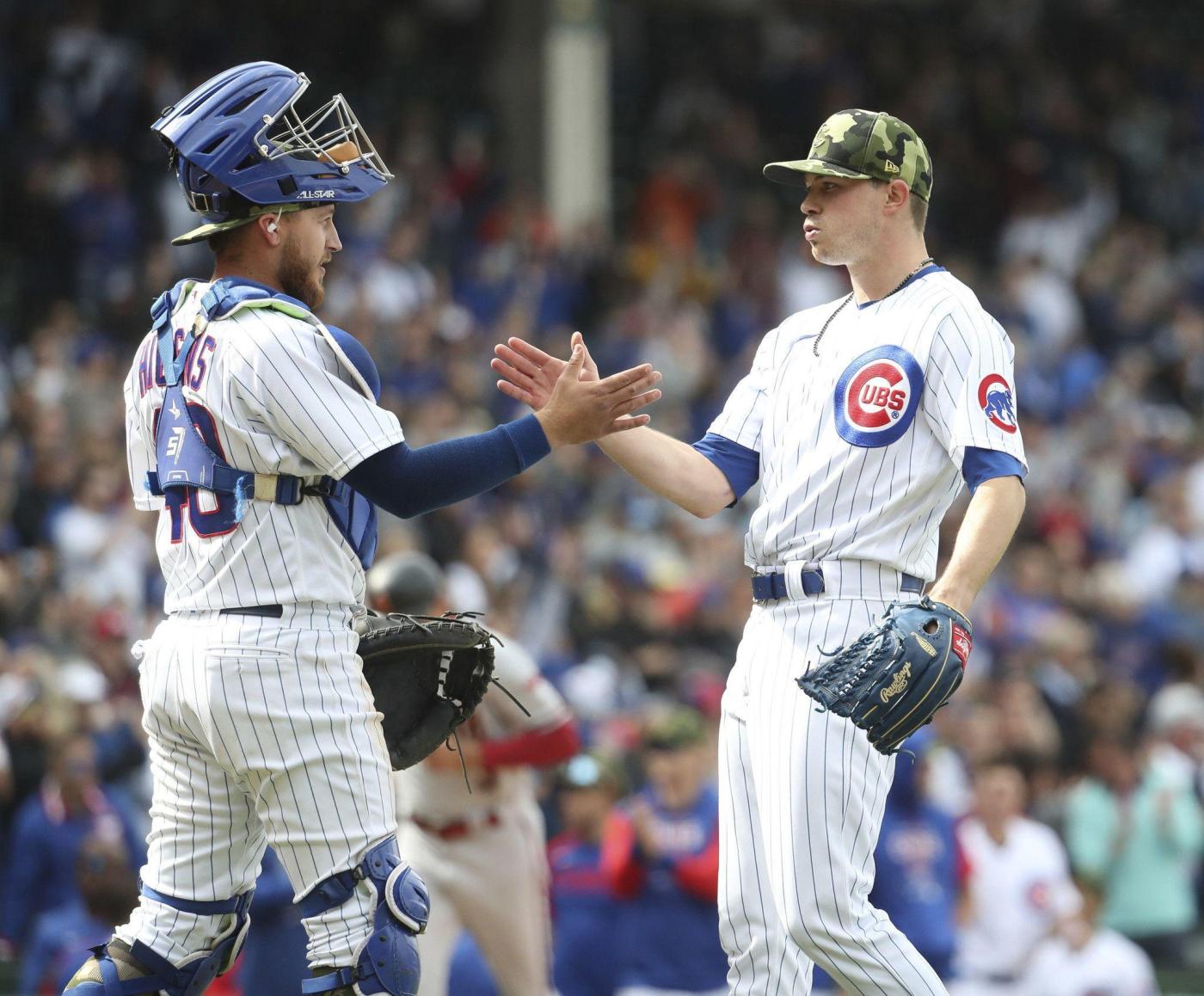 When P.J. Higgins changed positions in 2016, pitch calling came later in the process.

His move to catcher by the Chicago Cubs organization created an opportunity and path to the big leagues that did not appear to exist as an infielder. Higgins’ conversion to the position featured a year-by-year build up, ultimately earning a major-league call up last year before a season-ending injury thwarted him.

Higgins has impressed since joining the team May 29 to replace the injured Yan Gomes. Namely, Higgins’ work with the pitching staff and in-game pitch calling has stood out in his 10 starts at catcher.

Manager David Ross, a former catcher, knows what goes into good game calling and pitch sequencing. He considers it one of Higgins’ strength, noting how the 29-year-old has a good feel behind the plate and complimented him on how he retains information.

“That’s something that can be learned but also is a little bit of just innate ability to understand competition and being able to adjust in the moment from going from Plan A to Plan B to Plan C sometimes,” Ross said. “I think he does a really nice job with that.”

For Higgins, the pitch-calling side of the position was “down the road,” instead heavily focusing on the physical and defensive side as he worked up through the minors. Once he became comfortable with that aspect of catching, Higgins transitioned to focusing on reading hitters and their swings. Incorporating that into his game made catching more enjoyable and easier because he had better preparation and a game plan.

“Honestly, you’ve got to trust your gut sometimes,” Higgins told the Tribune. “You can have a scouting report to the T against guys, but you might have the opposing team be absolutely on everything some days. So being able to just watch the game and make sure you’re in tune to the game and be able to adjust on the fly and trust your gut because sometimes we overthink it.”

Higgins believes his time as an infielder has helped him read swings and subsequently adjust his pitch calls and sequencing. Experience and reps, however, can’t be replicated.

Higgins estimates it took until 2019, when he played at Double-A Tennessee for a second straight season, to feel more in control behind the plate. Making the jump to Triple-A Iowa for the first time that year meant more experienced hitters, including some who had been in the majors. Higgins delved …read more

P.J. Higgins made a late transition to catching. But his pitch calling has been an asset for the Chicago Cubs.

Will ‘Home Town Kickstart’ Return for a Second Season?