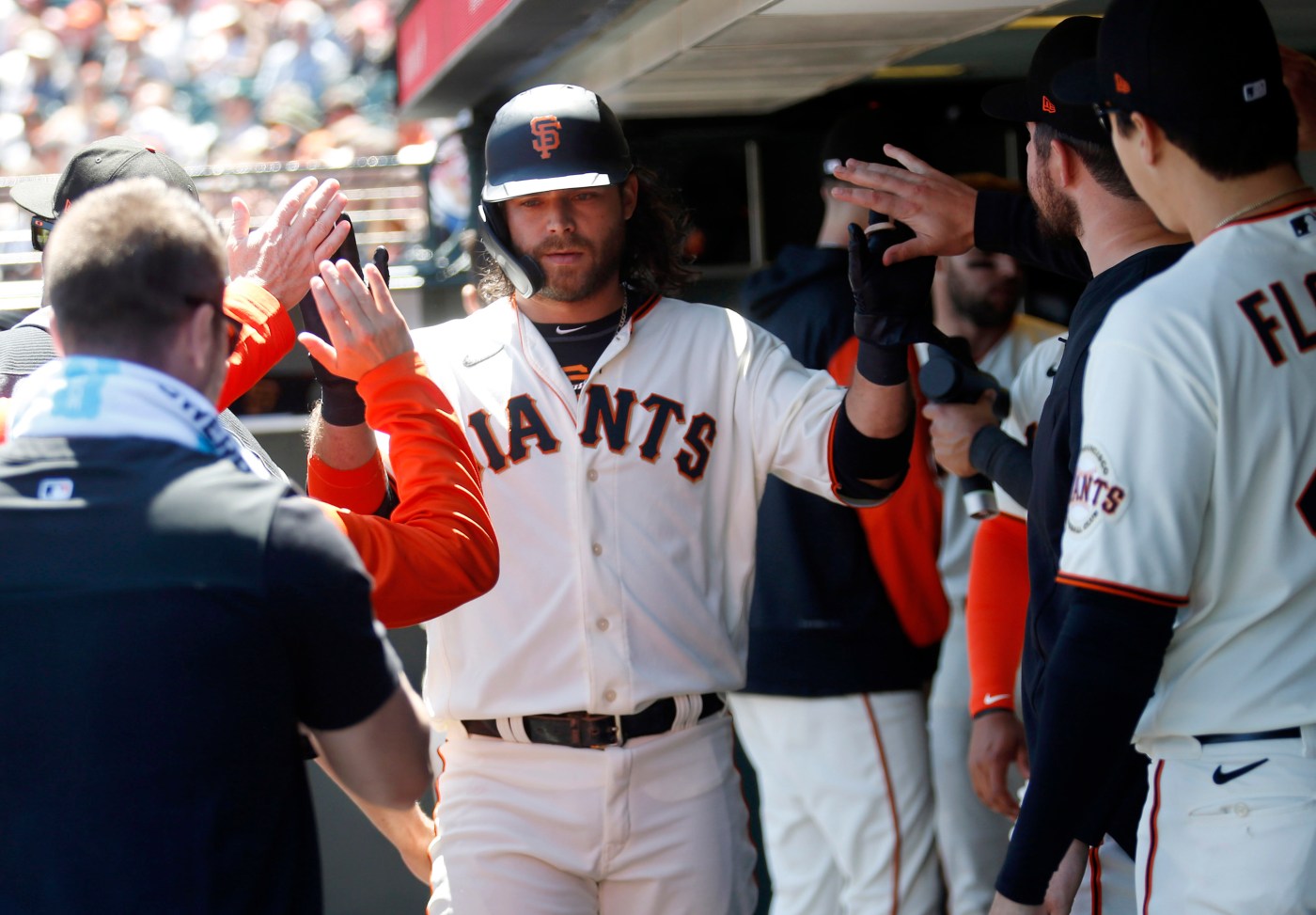 SAN FRANCISCO – Brandon Crawford, still not fully healthy after he felt tightness in his right leg Tuesday night, was scratched from Wednesday’s game with the Colorado Rockies.

Crawford was originally penciled in to play the second game of the series at Oracle Park and hit fifth in the lineup, although manager Gabe Kapler knew his Gold Glove shortstop might not be comfortable enough to play.

With Crawford unavailable, Donovan Walton was moved from second base to shortstop and remained in the eighth spot in the lineup. First baseman Darin Ruf was moved from the three-hole into the fifth spot.

Thairo Estrada was moved from third base to second base, and Wilmer Flores, who was originally going to start on the bench, began at third base.

Crawford exited Tuesday’s game with the Rockies at Oracle Park in the fifth inning with tightness in his right quadriceps muscle.

Crawford said he felt discomfort as he ran to first base after his at-bat in the first inning. He was due to hit in the bottom of the fifth with runners on second and third base and two outs, but his leg wasn’t feeling any better at that point on what became another cool, windy night.

Crawford, who is also dealing with a sinus infection right now, said he mentioned the discomfort to the trainers midway through the game “and we collectively decided to get me out of there just with how I’ve been feeling lately and the quad being pretty tight.”

Crawford went 0-for-2 against the Rockies as the Giants lost the game 5-3. The Giants-Rockies series concludes Thursday afternoon.

Chewy’s annual Blue Box sale is live now — save 30% on Frontline Plus and up to 50% on pet food, toys, and treats